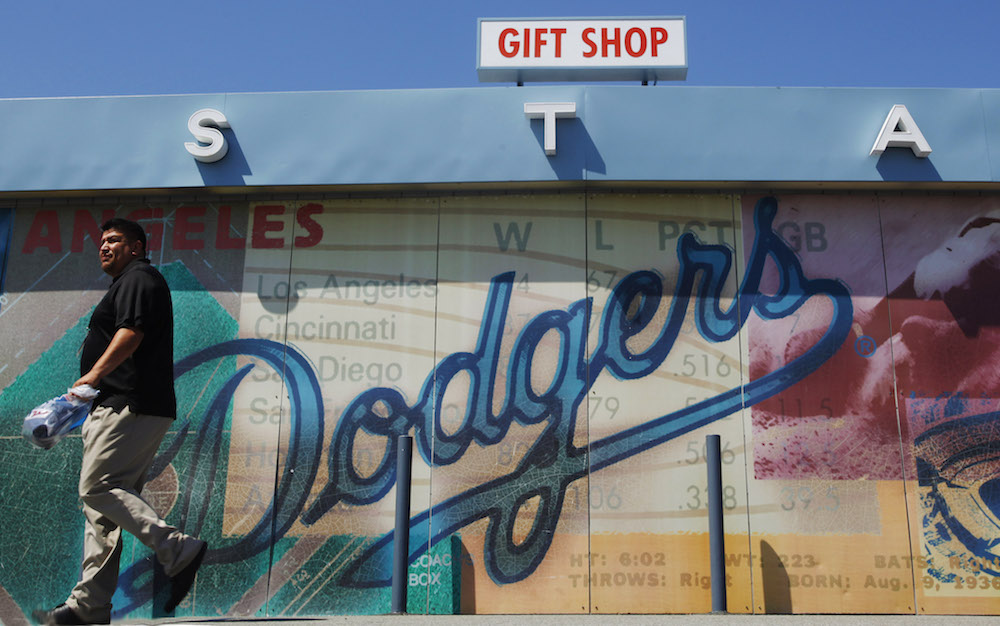 When Los Angeles Dodgers owner Walter O’Malley opened Dodger Stadium on April 10, 1962, his ticket price structure was simple, straightforward, and inexpensive: $3.50 for box seats, $2.50 for reserved seats, and $1.50 for general admission and the outfield pavilions. That was for every home game, regardless of opponent—whether it was the hated San Francisco Giants, with whom the Dodgers were engaged in an epic pennant race that year, or the hapless expansion Houston Colt .45s.

These prices remained the same until 1976. As late as 1997, the last full year Walter’s son Peter O’Malley owned the team before selling it to Rupert Murdoch’s Fox Group, a box seat cost $12, and you could sit in the pavilions for $6.

In case you’re wondering, $3.50 in 1962 is the equivalent of $28 today. Good luck trying to buy a box seat at Dodger Stadium in 2017 for 28 bucks. If you want to see the Dodgers play the Giants this season from that seat location, you could be paying as much as $600 for the privilege. Present-day Dodger Stadium’s slogan might well be: “Welcome, fans. Bring money.”

But it was not always this way. The O’Malleys’ low ticket price strategy was part of a larger business plan, centered on getting as many repeat customers into their ballpark as possible. Like Disneyland, the theme park showplace that Dodgers executives visited and studied, Dodger Stadium would feature affordable prices that would attract families, and especially women and children. Once they were through the turnstiles and “in the building,” these families would spend money on concessions—lots and lots of Dodger Dogs—as well as all manner of Dodger logo branded souvenirs to be worn, waved, and displayed.

Most important of all was the atmosphere inside the stadium. Beautiful views of downtown and the mountains. Organ music. Friendly and efficient park employees. Cleanliness. Safety. Fan greetings on the scoreboards. Promotions. Autograph and picture days. Not to mention Sandy Koufax, Don Drysdale, Maury Wills, Steve Garvey, Fernando Valenzuela, Orel Hershiser, and eight National League pennants in the stadium’s first quarter century of operation.

If you want to see the Dodgers play the Giants this season from that seat location, you could be paying as much as $600 for the privilege. Present-day Dodger Stadium’s slogan might well be: “Welcome, fans. Bring money.”

Dodger Stadium was privately owned, which meant the O’Malleys bore all risks but reaped all rewards—which also let them play the long game. If say, a six-year-old could visit the stadium with his family and have an experience that would make him want to come back again, the seeds would be planted for a lifetime of patronage and profit. “Give me the child until he is seven and I will give you the man,” runs the famous Jesuit aphorism, and under O’Malley ownership from 1962 to 1997, the Dodger Stadium experience epitomized it.

This business model also served to make the stadium one of Los Angeles’ most inclusive and diverse public venues, since its affordable ticket prices drew fans from across racial, ethnic, and class lines. Club box and dugout level seating, which were class-exclusionary, represented only 3 to 4 percent of available ticketing options at Dodger Stadium in the 1960s. So if any institution in Los Angeles could be termed “democratic,” in the sense of offering the greatest good for the greatest number, it was Dodger Stadium during that time.

No one would call Dodger Stadium democratic today. It is not designed for repeat visitors, unless they are hedge fund managers or employees fortunate enough to get their hands on the company season tickets. The team, owned by Guggenheim, a financial services consortium, has gone upscale. It has spent more on players and stadium renovations, while also charging fans much more for tickets and parking. If you’re planning to come as a family, make sure your monthly rent or mortgage payment is covered first. Even a family of four that bought the cheapest tickets in the ballpark, along with four hot dogs and four drinks, would spend $134. The same family would spend approximately $120 for the same combination at a movie theater, where parking is often free.

The Dodger Stadium that tied a transient, race-and-class stratified city together is gone. Now, the chances that the fan in the seat next to you will be from the same social class and racial background are higher than ever.

In a 21st-century Los Angeles rife with income stagnation, racial separation, and social alienation, we need Dodger Stadium to return to its roots. The emphasis, as it was when the O’Malleys owned the team, needs to be on families and on children. Let kids under 14 in for half price. And give families a special discount. The money lost on the front end would be a fraction of what lifelong Dodger fans would spend over the years at their favorite stadium. A democratized Dodger Stadium would not solve all of the city’s problems, but every small, good thing counts in a time like this.