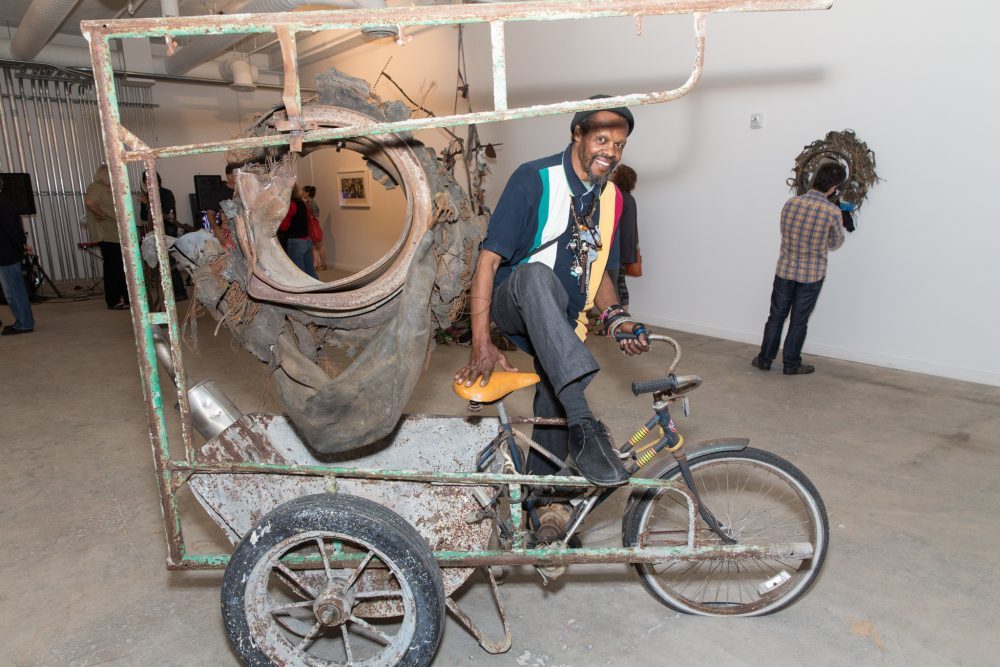 Lonnie Holley, one of America’s most celebrated “outsider” artists, with one of his works. Photo courtesy of Flickr.

Zócalo’s editors are throwing it back to some of our favorite pieces from the archive. This week: Maxwell L. Anderson, president of the Souls Grown Deep Foundation—which promotes the work of Black artists from the American South—argues for an approach to art that makes room for artists that have not “been noticed, let alone embraced, by the market, critics, or museums.” Continue the conversation by joining us tomorrow for the free program “What Is the Value of Art?,” presented in partnership with NeueHouse, KCRW, and Lucas Museum of Narrative Art.


What makes some artwork timeless?

History shows that neither high prices at auction nor gallery attendance figures are good predictors of how artists, artworks, and art movements will be viewed in decades to come. The Guggenheim’s landmark exhibition 1900: Art at the Crossroads was noteworthy for revealing that the artists we lionize today were far from acclaimed in their time.  The Guggenheim’s 2000 show reprised the Paris ‘Exposition Universelle’ of 1900, which featured works by the likes of artists now forgotten—Leon Lhemitte, Fritz von Uhde, Alfred Guillou, Ferdinand Khnopff, and Franz von Stuck—but lacked works by the Impressionist, Post-Impressionist, and modern masters we now love like Paul Cézanne, Edgar Degas, Auguste Renoir, Paul Gauguin, and Henri Matisse.

Today, major museums still follow the whims of the art market. The trustees who foot the bills often collect market favorites, and are not disgruntled when the museums they govern reflect their taste. Exceptions abound, but so do reputation-enhancing monographic shows of artists represented by the most powerful galleries on both coasts. And so the carousel built by talent-affirming players in the art world—dealers, curators, critics, and collectors—spins and spins with minimal friction. But is this really the art that our era will be remembered for?

The Atlanta-based Souls Grown Deep Foundation, which I serve as its president, seeks to get art that matters into major museums, while enhancing audiences’ ability to appreciate it. We want to enlarge the canon of American art history to include dozens of artists whose contributions have not heretofore been noticed, let alone embraced, by the market, critics, or museums.

What unites these artists is that they are all African Americans from the Southeastern United States. But their individual contributions are just that: individual. The objects themselves are undeniably ciphers of our time that come from this particular stream of the American experience. The quilts of Gee’s Bend, Alabama; assemblages by Thornton Dial; and sculptures by Lonnie Holley are today recognized as fundamental examples of American art.

The Foundation’s goals are not to entreat art world leaders to acknowledge that these artists merit inclusion by virtue of race or class. Our aim is instead to place important objects in permanent collections of leading art museums, so as to allow curators, scholars, and critics to situate them in the greater narrative of art history for public benefit. 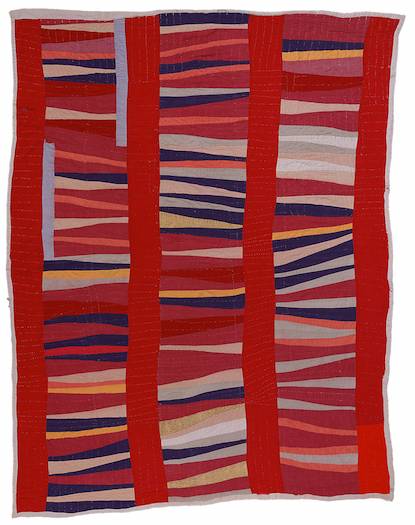 The project has its roots in the prescient life’s work of William S. Arnett, an Atlanta collector who devoted decades to assembling thousands of objects by almost 200 artists from the Southeastern United States. He identified artists whose achievements had never made it out of their home states to arbiters of art world success in major cities in the Northeast, Midwest and West. And he sought, through books and exhibitions, to tell their stories.

These stories are related by means of powerful and insightful artworks, drawing on the artists’ faith and from their awareness of major events on the world stage. As African Americans in that part of the United States still coping with stubborn traces of the Confederacy, they bear first-hand witness to racial injustice and overt discrimination. But their contributions are universal, not parochial. And while the formal attributes of their works are varied, from assemblage to painting to sculpture to textiles to site-specific projects, there is nothing in their art not found in mainstream art practices from the combines of Robert Rauschenberg to the mise-en-scène installations of Edward Kienholz to the heroic testaments of Anselm Kiefer.

That said, the acceptance of these artists and their artworks over the generation since Arnett set his sights on them has been episodic and conditional. Consider the works of Thornton Dial, shown at the New Museum of Contemporary Art in 1993. Dial’s assemblages at this time invoked representations of tigers—avatars for African Americans making their way through the South’s jungle of racial strife and exclusion.

But acclaim for the exhibitions was cut short by a slanted segment on the CBS newsmagazine 60 Minutes, which cast doubt on Arnett’s efforts by suggesting that his motives were born not of advocacy but of greed. Many gatekeepers of the museum and art market establishments were loath to countenance the unconventional Arnett or his championing of previously unknown artists, and the producers fed the storyline of exploitation of African Americans by an eccentric white collector. While there are grounds to question the fairness of the patronage system he implemented in assembling a comprehensive collection of thousands of objects, no one who knows him can question his intentions.

A better chapter began nearly a decade later with the pioneering exhibition The Quilts of Gee’s Bend in 2002, that earned accolades from the chief art critic of The New York Times as “some of the most miraculous works of modern art America has produced.” The repurposing, by black rural women, of scraps of worn work clothes and other textile remnants into functional bedcovers became expressive, formally sophisticated testaments of the African American struggle. Once considered outside the mainstream, the quilts are now timeless since the US Postal service issued stamps. With that imprimatur in place, other exhibitions followed with appreciative evaluation of the oeuvres of Thornton Dial and Ronald Lockett.

A second obstacle to acceptance of these artists has been the assertion that a lack of credentialed training should by definition exclude them from the mainstream. The fact is that a majority of top-tier artists who figure prominently in the art market lack an M.F.A. (Master’s of Fine Arts degree). But as for the Southern artists represented within the Souls Grown Deep collection, their limited formal education has yielded the epithets self-taught, vernacular, or outsider. The ensuing marginalization has excluded them from entering the white-walled enclaves of the art world outside of the South except as curiosities or folk art.

Major museums today still follow the whims of the art market. The trustees who foot the bills often collect market favorites, and are not disgruntled when the museums they govern reflect their taste.

Arnett decided, in 2010, to donate the highlights of his collection to the then newly established Souls Grown Deep Foundation, which takes its name from a 1920 Langston Hughes poem, “The Negro Speaks of River,” the last line of which is “My soul has grown deep like the rivers.”

This allowed for a fresh start in achieving Arnett’s lifelong ambition. And in fall
2014, the foundation made an initial donation of 57 objects to the Metropolitan Museum of Art. This was the start of a planned transfer of hundreds of artworks to dozens of museums. in 2016, the Foundation entered into discussions with U.S. museums, modeling its approach on the methodology of the Robert Rauschenberg Foundation by which art purchases are met with donations.

We believe that the willingness of a museum board and staff to commit resources, expertise, and space when making an acquisition offers a greater likelihood that artworks so acquired will become integral to the Museum’s holdings. The recent acquisition of 62 artworks from the Foundation by the Fine Arts Museums of San Francisco was the first such major commitment.

Audiences living in or visiting the Bay Area now find an open door to the achievements of American artists previously excluded from the art world’s prevailing narrative. The stories told by these powerful artworks should attract new viewers seeing their heritage represented for the first time, and will open the eyes of traditional museum-goers previously unaware of long-neglected artistic achievements.

It is our hope that a century hence, in survey exhibitions of art of the late 20th and early 21st centuries, the artworks of Thornton Dial, Lonnie Holley, Ronald Lockett, the quilters of Gee’s Bend, and dozens of others will be shown alongside works by artists who are today household names—together with other artists whose names have yet to surface.