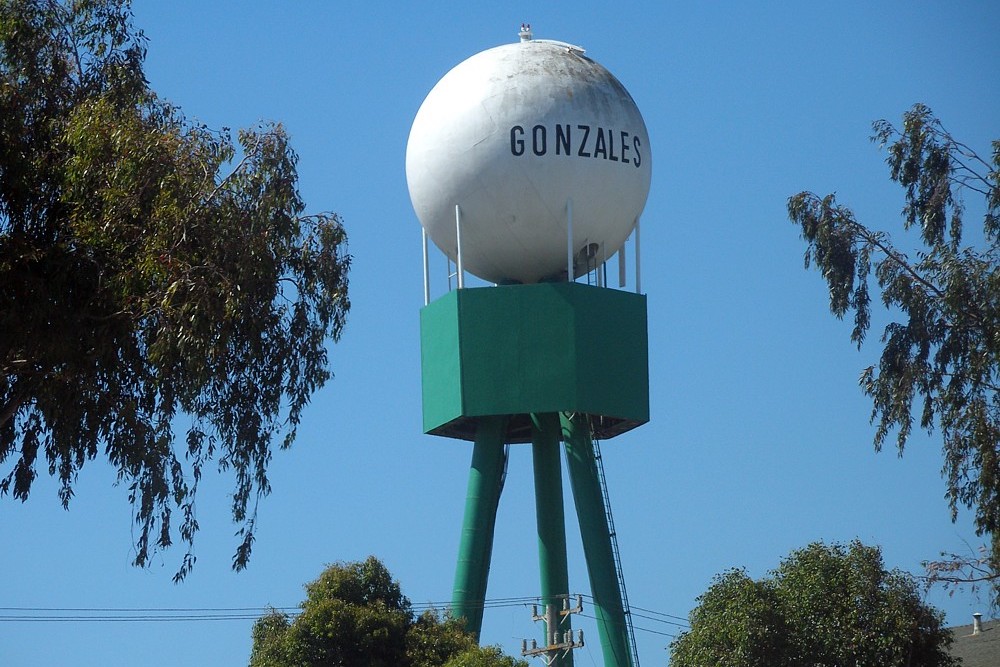 Here’s a nasty bit of conventional wisdom: California’s small, rural places are supposedly desperate and doomed, with few economic prospects in an era when state policy favors the urban coastal mega-regions with high-paying jobs and reputations for world-class innovation.

But if that’s true, how do you explain Gonzales?

The small city of just 9,000 sits in the heart of the poor and agricultural Salinas Valley, a region known for its high poverty rate, a weak economy tied to agriculture, and a history of gangs. Despite all that, it has a success story to tell.

Start with Gonzales’s relatively low crime rate (a stark contrast with the higher-crime city of Salinas just 20 miles up the 101), and then look onward to its 95 percent high school graduation rate, new health care facilities and enviable doctor-to-patient ratio, investment in sustainability (symbolized by a giant wind turbine, the city’s tallest structure), and a remarkable record of economic development victories.

Most intriguingly, Gonzales has advanced by figuring out how to make its small size an advantage. Building on stable leadership—the relentless city manager, Rene Mendez, is in his 13th year in office—Gonzales has kept city government small and simple, operating more like a nonprofit that constantly seeks partnerships and grants. City hall is a one-story building the size of a small restaurant.

Being small has allowed Gonzales to move faster—and speed is highly desirable in a state as slow and bureaucratic as California. The city’s streamlined structure allows for speedier reviews and planning; getting a project approved takes months, not years. An example: A very large vegetable processing plant for Taylor Farms was unveiled in July 2013; by April 2014, the project was done.

The result: Gonzales has been growing faster economically than many wealthier communities in Monterey County. In the past three fiscal years, Gonzales’s tax base has grown by 17 percent, 19 percent, and 20 percent, respectively, as it has added industrial and commercial development. Those gains represent more than 1,200 new jobs within the city limits.

The city is now home to companies oriented toward technology, agriculture, and the environment. Among these are HealthySoil, which manufactures products that improve crop production; Ramsay Highlander, which designs and manufactures advanced harvesting equipment; and Constellation Brands, an international producer and marketer of beer, wine, and spirits.

Gonzales’s approach is unconventional among California small towns. The more typical formula is to beautify the town center and develop a signature entertainment venue that attracts visitors, while chasing major retailers like Costco to produce high levels of sales tax for municipal coffers.

Mendez, who grew up in Patterson in the San Joaquin Valley and came to Gonzales from a job as Inyo County administrator, knew that Gonzales, small and somewhat isolated, was not a natural fit for tourism and malls. Instead of chasing big retailers, he wanted the city to build itself to serve its own residents. So the city has focused on enhancing its industrial footprint and taking advantage of its location on the 101 in the Salinas Valley, where good weather and clean water produce vegetables. Instead of having a Costco, Gonzales is the place that produces the vegetable trays that you buy at Costco.

Being small has allowed Gonzales to move faster—and speed is highly desirable in a state as slow and bureaucratic as California. … The result: Gonzales has been growing faster economically than many wealthier communities in Monterey County.

Mendez says one virtue of a small city is that there is no bureaucracy. He and other city leaders have to build relationships directly with businesses, nonprofits, and other governments because they have no coterie of aides to do that for them.

Building those relationships, in environment-obsessed Monterey County, has required investments to match partners’ interest in sustainability. Gonzales built a wind turbine, its tallest structure and most distinguishing landmark, to accommodate the sustainability-minded Taylor Farms, which does extensive recycling of water and waste and relies on solar power and onsite cogeneration in its growing Gonzales processing facility.

Soon, Gonzales will be home to a 130,000-square foot Mann Packing facility that will reuse all water on site.

Many of Gonzales’ partnerships are designed to serve its youthful population: 60 percent of residents are below age 35, and more than one-third are 18 or younger. These youth partnerships include the Gonzales Youth 21st Century Success initiative, which focuses on building academic skills, and Bright Futures, which builds career readiness.

The city government also expands its capacity by hiring young people as interns and using them even in policy roles. In 2013, the city and school district jointly created a Youth Council that writes grant applications for school camps, tackles community improvement projects, and helps form policy, most recently in devising legislation on medical marijuana and on “social hosting,” the term for adults who host underage drinking parties. To give the Youth Council teeth, two of its members have non-voting seats on the city council. “I’ve found the city does listen to us, because we’re there,” says one council member, Cindy Aguilar, 16.

But the best example of the Gonzales method may involve health care.

Five years ago, the city had just one full-time doctor who was overwhelmed by patients needing her services. So the city identified a vacant piece of land and worked to convince Salinas Valley Memorial Healthcare System, which has a hospital up the road in Salinas, to open a satellite facility there. A fundraising campaign, led by a million-dollar donation from Taylor Farms, helped get that clinic built.

That might have been enough in some places, but simultaneously, the city was negotiating with non-profit Clinica de Salud to set up a second clinic. Gonzales now has six doctors and four dentists, and isn’t stopping there; a partnership with the county health department is working on new community health goals.

Gonzales’ record is less impressive on other issues, especially housing. The city is badly overcrowded, with 4.1 persons per household. Mendez notes that Gonzales hasn’t managed to build even one single-family home since 2005, though that’s not for lack of effort. The city is working on three new developments that could produce more than 6,000 housing units, as well as new schools and a library. But none have been built, as developers and the city struggle with familiar California issues of ownership, financing, and regulation.

In California, small, freewheeling cities have been viewed with suspicion because of scandals like the one in the city of Bell, where the city manager and his allies plundered $5.5 million, via inflated salaries that were the highest in the nation. But Gonzales shows that a small city can put freedom to good use, if it’s willing to seek partners. (For the record, the city pays Mendez $190,000 a year, about average for a California city manager).

Mendez says Gonzales is not singular; other California rural cities can make similar progress if they’re relentless about seeking collaborations with other institutions, particularly with each other. “Our types of communities have to do a better job of working together to pursue jobs and advocate for each other,” he says.

And Gonzales has more to do. Community development director Thomas Truszkowski took me around the city, talking about infrastructural improvements for industry. These might include a second wind turbine, to provide more renewable energy. Gonzales also could use a hotel, he said—to accommodate the visiting executives and employees of the city’s many businesses.

On these and other projects, Gonzales is looking for partners.