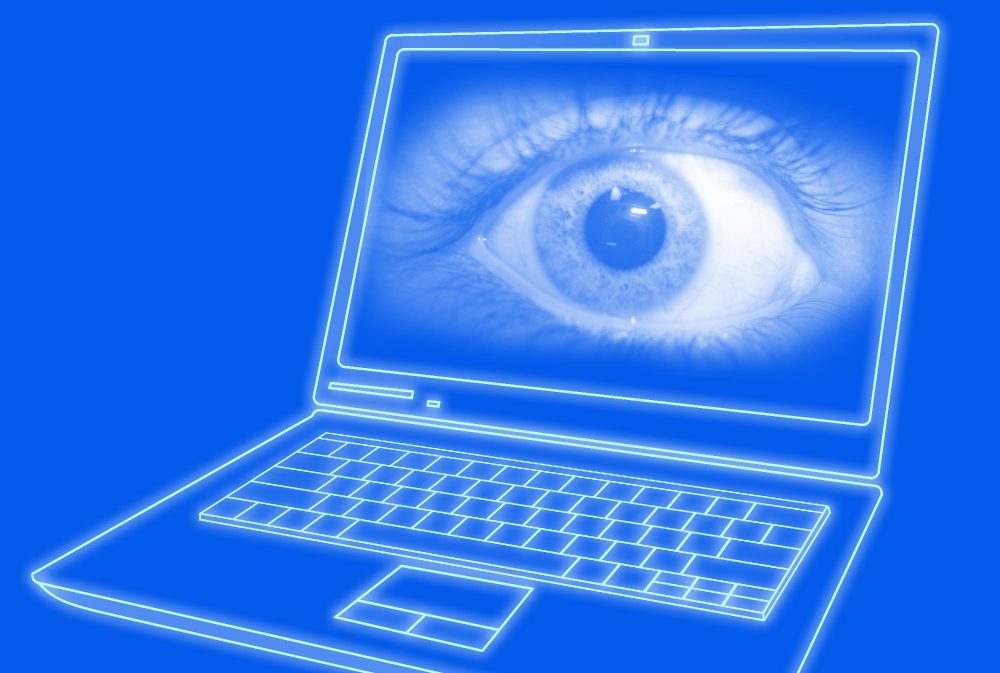 Anxieties that new communications technologies and media formats would undermine democratic citizenship go back more than a century. In the late 19th century, critics worried about sensationalistic “yellow journalism”; a cartoon from that era even used the phrase “fake news. And indeed the newly cheap mass newspapers—in reckless disregard of facts—helped push the United States into war with Spain in 1898.

A generation later, newspaperman and political commentator Walter Lippmann observed that people “live in the same world, but they think and feel in different ones,” anticipating our current concerns about “media bubbles” by almost a century.

Yet the revolution in digital communication initially generated more enthusiasm than anxiety. Many believed that the internet would enhance rather than diminish democratic citizenship by empowering ordinary citizens, bypassing institutional gatekeepers, enabling bottom-up mobilization and lateral communication, and making politics more transparent. It would thus foster more responsive government and enable more participatory forms of citizenship. Some forecasted that it would undermine authoritarian regimes, and indeed it was only a few years ago that commentators were celebrating the role of Twitter and Facebook in the Arab Spring.

Today the mood is much darker: The digital dream of renewing democratic citizenship has given way to a digital nightmare of undermining democratic citizenship. And not just because of Donald Trump, who is a symptom as much as a cause. It’s important to look beyond Trump—and beyond the discussions of fake news and Russian manipulation—to broader developments that have created a crisis of public knowledge.

The last decade has seen a transition from connectivity to hyperconnectivity. The share of the United States population over age 14 with a smartphone soared from a mere 11 percent at the end of 2008 to 75 percent at the end of 2014. The same period saw the explosive growth of social media. Regular Facebook users amounted to only 13 percent of the U.S. population at the end of 2008, but just four years later they made up more than half the population (and of course a much higher fraction among younger people). Worldwide, Facebook had 10 times as many users by the end of last year—nearly 2 billion—as it had in 2009. Twitter users increased more than six-fold in the United States from 2010 to 2014, growing from 10 million to 63 million. More Americans under 50 today regularly get news online than from television.

Hyperconnectivity is not just a technological fact; it is shaped by—and shapes in turn—economics, politics, law, and culture as well. Our current regime of connectivity is based on digital surveillance—which has rightly been described as the dominant business model of the Internet economy. The core of this business model is the extraction of massive amounts of personal data from users in exchange for nominally free services.

This intensifying and ever more sophisticated system of corporate surveillance is more comprehensive and arguably more insidious than even the most powerful systems of government surveillance. It not only enables micro-targeted (and therefore more valuable) commercial advertising. More ominously, this system of surveillance enables micro-targeted and customized political advertising. It’s true that the claims of Cambridge Analytica to have decisively helped elect Donald Trump through such micro-targeting have been debunked. But increasingly sophisticated forms of data aggregation and analysis, which allow increasingly accurate inferences about individuals’ traits and dispositions, have undoubtedly made possible forms of customizable micro-targeting that pose new threats to the public sphere and democratic decision-making.

The threat goes well beyond the issue of fake news. Manipulative and non-transparent micro-targeting threatens democratic decision-making regardless of whether the targeted message contains false information.

Democracy depends on public discussion and argument. If political persuasion operates behind the scenes through individualized targeting, it becomes inaccessible to public debate. The individual herself is unaware of being targeted, and since the message is invisible to others, it cannot be engaged or countered.

The threat also goes beyond targeted political advertising. Digital surveillance enables micro-targeted and customized content of all kinds, including news stories that are specifically tailored to the recipient. Such customized news content may be presented as part of a broader, putatively non-political effort to produce and deliver personally relevant information. But even if it is not intended to persuade, customized news challenges the very idea of the publicness of news, and it builds fragmentation—and even privatization—into the basic practices of the digital ecosystem.

The intensification of digital surveillance is driven by the relentlessly commercialized competition for attention. Obviously, this is not new—getting attention has been central to mass journalism for more than a century. What’s new is the way in which attention is more pervasively and precisely measured, more precisely tracked across time and context, and more precisely monetized than ever before. The ubiquitous measurement, tracking, and monetization of attention have enshrined popularity as the ultimate measure of value (and virality as the highest form of popularity).

In the media systems of both Europe and North America, the commercial logic of popularity has coexisted in recent decades with a professional logic of appropriateness, newsworthiness, objectivity, and—at its best—critical inquiry. But now the logic of popularity is entirely dominant, and not only in online media. As Leslie Moonves, the head of CBS, memorably commented in early 2016, the Trump campaign “may not be good for America, but it’s damn good for CBS.”

Moreover, the metrics of popularity can be gamed and manipulated. Popularity can be manufactured, for example, by using bots to flood Twitter with messages and gain visibility as a “trending topic.” This manipulated visibility can then become self-reinforcing if the topic is picked up—as trending Twitter topics often are—by journalists.

Manipulative and non-transparent micro-targeting threatens democratic decision-making regardless of whether the targeted message contains false information.

Digital hyperconnectivity seems to facilitate precisely such direct access. It seems to be based on disintermediation—on bypassing gatekeepers of all kinds and directly connecting everybody to everyone and everything (including all “the world’s information,” which Google’s famous mission statement claims to make “universally accessible”). Insofar as there is an ideology of hyperconnectivity, it is precisely a populist ideology, an ideology of disintermediation.

But in fact hyperconnectivity simply replaces one mode of mediation with another. In the domain of news, it tends to replace mediation and filtering based on professional judgment with mediation and filtering based on metrics and algorithms. Who sees what—in Facebook news feeds or Google search results—is not neutral or unfiltered. Rather, who sees what is governed by complex and utterly nontransparent proprietary algorithms.

The affinity between the commercial logic of popularity and the cultural and political logic of populism has another side. The pursuit of popularity in a hyper-connected digital environment accentuates the populist style of communication that already characterized media-driven forms of political communication well before the internet age—a style characterized by dramatization, confrontation, negativity, emotionalization, personalization, visualization, and hyper-simplification.

The sheer superabundance of content that courses through the digital ecosystem also erodes democratic citizenship. Digital abundance is at once polarizing and paralyzing. There has been much talk of Internet-based filter bubbles and echo chambers that segregate the public into separate cognitive, emotional, and political worlds. But polarization depends on colliding worlds, not on sealed and separate worlds. It depends on mobilization against a despised, feared, or loathed “other.” Digital superabundance facilitates such polarizing mobilization by assuring an inexhaustible and continuously renewed supply of discrediting representations of “the other.” Breitbart News, for example, sustains a continuous stream of stories attacking liberals, leftists, multiculturalists, Muslims, the mainstream press, as well as anyone else who attacks Trump.

Abundance also can be paralyzing. Research suggests that most people are more exposed to contrary views than the theory of filter bubbles would suggest. But this does not mean that they are critically assessing alternative perspectives. The sheer profusion and hyper-availability of radically different views of the world—not just differing opinions or “alternative facts”—can overwhelm people’s limited capacities for critical appraisal and paralyze their faculties of judgment and discernment. Digital superabundance, in other words, can create a “blanket of fog.” Inundated in a sea of information, pseudo-information, misinformation, and disinformation, people may feel powerless to cut through the fog and assess competing claims. And declining trust in the media—as well as declining participation in the interpretive communities fostered by churches, unions, parties, and other mediating institutions—may lead many people to retreat into a stance of generalized distrust.

Digital hyperconnectivity has created a media and information ecosystem that is distinctively vulnerable to the propagation of fake news in the service of profit or propaganda. But fake news is only the tip of a much larger iceberg.

The social mediatization of politics, the intensifying web of surveillance and micro-targeting, the marginalization of institutional gatekeepers, the substitution of algorithms for professional judgment, the relentless pursuit and ubiquitous measurement of popularity, the accentuation of a populist style of communication, and the sheer superabundance of information, misinformation, and disinformation—all these developments have contributed to a crisis of public knowledge.

The institutions that generate, refine, assess, popularize, and disseminate knowledge—science, universities, and the mainstream and elite media—have suffered a massive loss in public trust and legitimacy. The digital ecosystem that incubates and circulates what purports to be knowledge is increasingly disconnected from these institutions. A mood of “epistemological populism” breeds a pervasive suspicion of expertise. Deep gaps divide the views of scientists from those of the public about subjects such as evolution, the causes of climate change, the safety of vaccines, and the safety of genetically modified foods. Robust conceptions of democratic citizenship are unthinkable without at least minimal assumptions about public knowledge and deliberative reason. But today even the most attenuated assumptions seem wholly untenable.

What can be done? First, since manifestly false news stories are just a symptom or indicator of a deeper and more systemic problem of public knowledge, strategies for addressing this problem must address this larger problem and not focus solely on fake news. Second, the problem is not simply technological but economic, political, and cultural. For this reason, we cannot simply look for technological fixes.

Third, Google, Facebook, Twitter, and other social media platforms must be held accountable as public institutions and de facto news publishers. They cannot be allowed to hide behind the claim that they are just neutral platforms, responsible only to their users for optimizing their experience. Just what form this broader public accountability should take is a difficult and complex question. But it is certainly not sufficient for Facebook to step up ex-post fact-checking on stories that have been flagged as problematic. That is too little, too late.

Lastly, we need to invent and invest in new forms of civic education that would seek to cultivate the new forms of literacy, numeracy, and critical intelligence that are needed for democratic citizenship in an age of digital hyperconnectivity. And we need new efforts to reclaim and rebuild a space of genuinely public discussion and debate to counter the growing fragmentation, privatization, and polarization of the digital ecosystem.