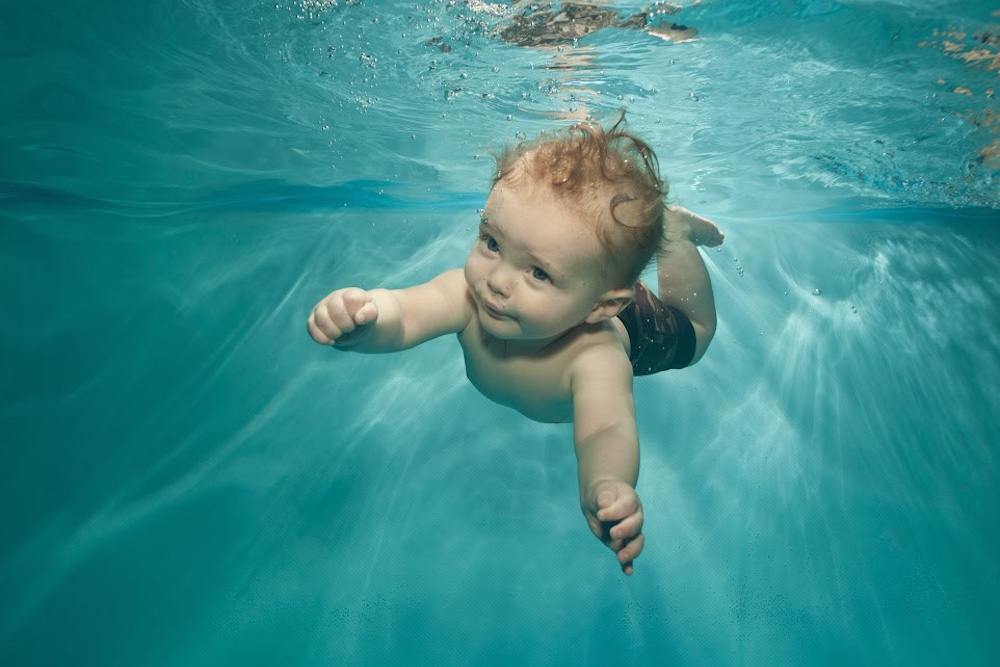 “Hey Mom, can you make me do the breaststroke like Michael Phelps?” Photo courtesy of Jade Alexandra Allen/Flickr.

When we talk about gene editing technology, we often talk about—but almost never deeply consider—the concept of designer babies. Consider this article in The New York Times, titled “Gene Editing for ‘Designer Babies’? Highly Unlikely, Scientists Say.” The author, Pam Belluck, writes: “Now that science is a big step closer to being able to fiddle with the genes of a human embryo, is it time to panic? Could embryo editing spiral out of control, allowing parents to custom-order a baby with Lin-Manuel Miranda’s imagination or Usain Bolt’s speed?”

Reading the article, you might be left with the impression that even thinking about designer babies would be alarmist, unscientific, or just silly.

As public interest advocates who are focused on the social implications of human biotechnologies, my colleagues and I see how often the term “designer babies” serves as a distraction in these discussions—and we usually avoid using it ourselves. But recently I’ve been thinking that maybe it’s not the idea itself, but the way we’ve been talking about it, that’s the problem.

What if we could use discussion of designer babies productively, to unpack some of the complex issues surrounding gene editing? Actually talking about such imaginary babies—however far-fetched their existence seems—could help us start that discussion. Only by acknowledging that a future defined by designer DNA is possible can we decide whether we are comfortable with the risks, or even aspire to that future.

First of all, just thinking about designer babies could help people understand important aspects of new gene editing technologies, including the difference between two distinct applications that often get conflated. Both involve CRISPR, a relatively easy-to-use gene editing tool that has revolutionized genetic research. Using CRISPR, scientists can make pinpoint changes in the genes of many kinds of cells, from bacteria to plants to animals to humans. There is both great hope and great hype surrounding CRISPR, because it might prove useful for medical purposes. For example, editing the DNA of human blood cells could treat or even cure diseases like sickle cell or beta-thalessemia—providing tremendous relief to people who are sick.

Editing specialized cells in existing people is called somatic editing, and these kinds of genetic changes would not be passed on to the next generation. A very different application of CRISPR is required to make a designer baby: a scientist has to alter the genes in eggs, sperm, or early embryos, making changes that shape the human germline—the DNA passed down from one generation to the next.

Widespread media coverage has made this kind of gene editing experiment using human embryos seem ubiquitous. In fact, only a handful of researchers around the world have done this research and none have attempted to start a pregnancy using a genetically altered human embryo. Still, some of these researchers do hope to use germline gene editing for reproduction, and this is a disturbing prospect because it risks unintended permanent consequences, not only in terms of its safety, but also in its impact on society.

That’s why, before we decide whether to go forward with germline editing, we need to have a much broader society-wide conversation about what its risks are, technologically, socially, and morally. The way we talk about CRISPR makes that hard to do. For example, calling CRISPR a “gene editor” and comparing it to a word processor for DNA makes the technology seem relatively minor and familiar, when in fact it is neither. And vague terms like “genome surgery” conflate somatic gene therapies with embryo or germline editing. A more serious dialogue about designer babies could begin to change the conversation.

It also could help us unpack why “designer babies” come up in the media at all. Frequently, we find, proponents start talking about designer babies when they want to stop real discussion about the risks of gene editing. Hoover Fellow Henry I. Miller, for instance, dismisses concerns over genetically enhanced embryos as downright sinister—“excessive introspection” that will “cause patients to suffer and even die needlessly,” or, as prominent bioethicists Peter Sykora and Arthur Caplan recently charged, hold patients “hostage” to “fears of a distant dystopian future.”

We really don’t have a consensus about which inherited traits are desirable or undesirable. What counts as disease? What conditions are “serious” enough to correct? Who gets to decide?

In fact, there are no desperate patients who will suffer without germline gene editing, because by definition it will be done on people who don’t exist yet. Though some proponents claim that editing the genes of embryos is the best or only way to prevent the birth of children with inherited genetic diseases, another technology already exists that accomplishes the same thing. For decades, people who want children but carry genes known to cause disease have used pre-implantation genetic diagnosis (PGD) to test embryos created via in vitro fertilization. With PGD, a few cells of a days-old embryo are tested for specific genetic conditions, allowing parents to identify and implant only those that are unaffected.

PGD carries its own ethical concerns: It prompts difficult decisions about what kind of children will be welcomed into the world and how those choices might stigmatize individuals already living with inherited conditions. But gene-editing human embryos raises such concerns to an even greater degree, by allowing parents to alter genes or even introduce new traits, and carries additional societal risks of increased inequality.

This brings up a third issue worth discussing: What makes a baby a designer baby in the first place? Some try to make a tricky distinction between “bad” reasons for germline gene editing, like enhancing appearance or talent, and “good” reasons for germline gene editing, like preventing serious diseases. Children who resulted from embryos edited for looks or smarts would be the “designer babies;” those created from embryos edited for disease prevention would be … something else.

But in fact such distinctions are difficult to parse in real life. Configuring the genetic makeup and traits of future children is a way of designing them—even if the choices seem unambiguously good, as when choosing to remove a genetic variant that causes serious disease. Any child born from an engineered embryo is, in a sense, a designer baby. Only considering the products of the most frivolous choices to be “designer babies” makes it seem as if there is a clear and easily enforceable line between acceptable and unacceptable uses of germline editing.

But we really don’t have a consensus about which inherited traits are desirable or undesirable. What counts as disease? What conditions are “serious” enough to correct? Who gets to decide? Beliefs can change over time in ways that underscore how problematic it would be to alter future generations. Up until 1973, to cite one example, homosexuality could be diagnosed as a psychological illness; we think about it much differently now.

Decisions to edit out diseases impose present-day values on future generations. Autism has been proposed as one of the serious diseases that might be prevented through embryo editing—but the definition of autism has changed radically over the past few decades. Would editing autism out of people’s genes really be a social good? Many people—advocates, authors, and even employers—argue that we should value the neurodiversity that the autism spectrum represents.

Already, a few scientists are drawing up lists of genes to target for enhancement, and transhumanist proponents of gene editing advocate that we should go beyond preventing disease. Some, including Oxford philosopher Julian Savulescu, argue that it would be unethical for parents not to try to enhance their children if the technology were safe and available. But that oversteps another important issue: If it were possible, who would provide consent? We don’t know the long-term health risks of germline gene editing for a future child or adult, nor for future generations as edited genomes are passed down. Would designer babies feel a loss of autonomy or individuality if they found out their DNA had been changed before they were born? Arguing that there is an ethical obligation to enhance children treats them like commodities—rather than people.

Finally, talking about designer babies can help us understand how germline gene editing would affect social inequality. Another meaning of “designer” is expensive or exclusive. It’s easy to imagine that if designer babies became possible, only the very wealthy would be able to access whatever real or perceived biological “improvements” the edits offered. The advantages that children of the wealthy already have would be reproduced in biology—or would at least be perceived as biological. But the problem is not just who has access: The idea that some genes are better than others has been the basis of dangerous social divisions and injustice, from racism to eugenics. Editing the genes of future generations could exacerbate the inequalities that already exist, and even introduce new forms.

Before we decide whether to go ahead with embryo or germline editing we need a broad societal consensus, and to gain that, the discussion must go beyond the experts and their issues, to a debate by the public at large.

When you dig deeply instead of dismissing concerns about designer babies, you can see what a complicated thicket of issues it presents. Human gene editing is complex—technically, socially, morally—and our discussion of this powerful emerging technology ought to involve everyone. Designer babies provide a figure around which people’s fears, hopes, and questions coalesce. We’re missing a chance to engage when we won’t talk about them.