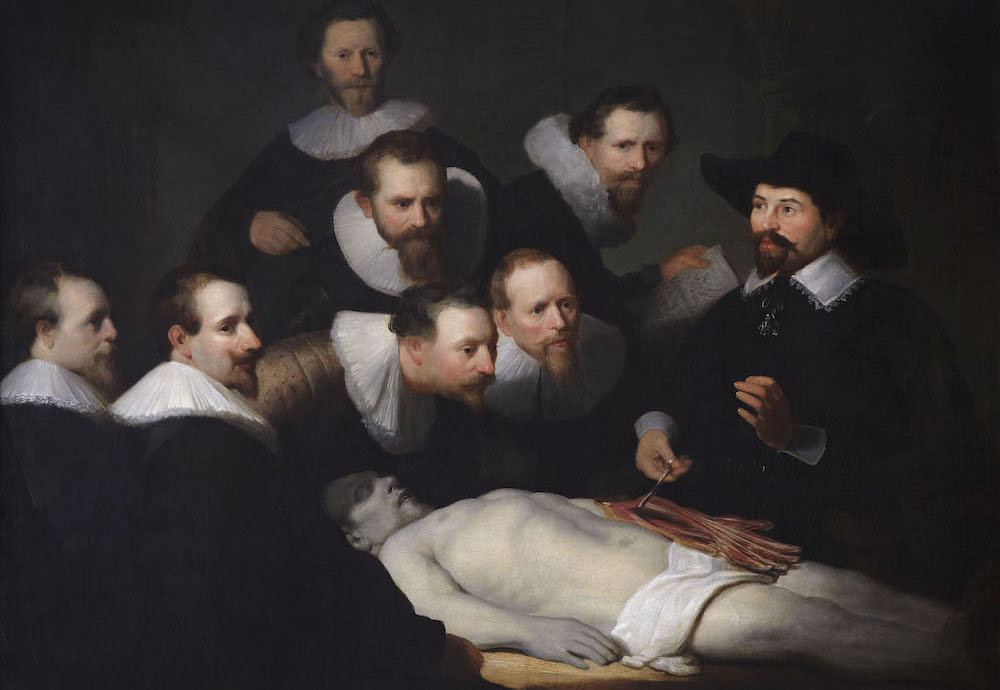 How can you truly know when someone is dead? Historically, death was determined by holding a mirror up to a person’s mouth to see if they were breathing. But this method was not foolproof, so safety coffins outfitted with a string attached to a bell were used to allow someone who woke up after burial to easily send out a distress signal.

Today, the most commonly accepted definition of death is irreversible cardiopulmonary arrest—when a person no longer has a palpable pulse, an audible heartbeat, or sounds of breathing. The lesser-known definition is the time when a person’s entire brain irreversibly stops functioning. While these conditions can be clearly and conclusively determined, an inconsistent patchwork of laws about death has made it possible to be dead in one state and not in another. Treating death as if it is negotiable has affected everything from how we allocate medical resources as a society, to the way we show respect for the dead and their families.

Death by neurologic criteria, or brain death, was originally described in the United States at Harvard in 1968, in response to advances in cardiopulmonary resuscitation (CPR) and ventilators that allowed a patient’s heart and lungs to continue working independent of brain function. The Harvard criteria served as the foundation for the currently accepted medical guidelines for determining brain death in the United States.

Almost 50 years later, most Americans have no idea what brain death is. While large-scale public awareness campaigns exist to help people identify signs of a heart attack or a stroke, there has been no public education about brain death. People commonly think of Nancy Cruzan, Karen Ann Quinlan, or Terri Schiavo when they consider brain death because of their highly publicized court cases about the right to die. Although these women had severe brain injuries, they were not brain-dead—they were in vegetative states, alive but unconscious. While a person in a vegetative state still responds reflexively and is able to breathe, this is not the case for people who are brain-dead.

Determining brain death is more complex than the relatively simple process of checking for a heartbeat, pulse, and sounds of breathing. First, doctors have to make sure that the person has an irreversible brain injury, and no medications such as sedatives or abnormal lab results might falsely suggest that they are irreversibly unresponsive. Medical staff then normalize body temperature and blood pressure and do a series of clinical tests. They apply pressure to the forehead, fingers, and toes to see if the patient responds. If the patient is unconscious, they assess for the presence of reflexive brainstem activity. They touch the corneas to see if the eyes blink and shine a light in the eyes to see if the pupils constrict—both normal signs of brainstem activity. Doctors also touch the back of the throat to find out if this triggers a gag or cough, then move the head back and forth and inject water into the ear canal to see if either results in normal eye movements.

If there is no evidence of brainstem activity, they move on to the final test, the apnea test. The doctor takes the patient off of the ventilator for eight minutes to see if they breathe. If the carbon dioxide level in their blood rises to a level that should force them to breathe, but they do not take any breaths, the test is consistent with brain death. If part of the examination cannot be completed (as is the case with injuries to the face or neck), medical staff perform a secondary test to either confirm that no blood is flowing to the brain or that there is no brain activity.

The process to declare brain death is detailed and arduous because no distinction is as important as the one between life and death. Although the heart can continue to beat for weeks or months (or in extremely rare cases, years) if organ support is continued, cardiopulmonary arrest generally occurs shortly after declaration of brain death. No one has ever recovered from brain death when medical society guidelines for determining brain death were correctly followed.

After the Harvard paper was published in 1968, 27 states legally acknowledged brain death as a form of death. However, because it did not make sense for a person to be dead in one state but alive in another, President Jimmy Carter and Congress asked the President’s Commission for the Study of Ethical Problems in Medicine and Biomedical and Behavioral Research to evaluate the definition of death. In conjunction with the American Bar Association, the American Medical Association, the National Conference of Commissioners on Uniform State Laws, and a number of religious officials, this committee of experts in bioethics, epidemiology, health economics, law, medicine, nursing, philosophy, public health, research science, and sociology created the Uniform Determination of Death Act (UDDA) which states: “An individual who has sustained either 1) irreversible cessation of circulatory and respiratory functions or 2) irreversible cessation of all functions of the entire brain, including the brainstem, is dead. A determination of death must be made in accordance with accepted medical standards.”

Although the values of autonomy and religious freedom are important, negotiations about death have consequences for not just individual patients, but families, medical teams, and society.

Brain death qualifies as legal death in all 50 states, but patients’ families do not routinely perceive brain death as the equivalent of cardiopulmonary death. Some refuse to accept that death can occur while the heart is still beating or want to believe that recovery is possible. Hospitals handle some of these objections internally, but others wind up in court, which can take a long time to resolve.

Religion offers one legal path to postponing declaration of death or discontinuation of organ support after brain death. Most religious leaders embrace the concept of brain death, but in some cases, families cite religious beliefs for rejecting a diagnosis of brain death. As a result, California and New York require hospitals to provide “reasonable accommodation” to these religious objections. Similarly, Illinois asks physicians to “take into account the patient’s religious beliefs” when determining time of death. All three of these states’ guidelines about managing religious objections are vague.

Two states offer clearer guidelines. In New Jersey, if a family objects to brain death on religious grounds, physicians must await cardiopulmonary arrest before declaring death. The only other state that provides guidance about management of objections to brain death is Nevada, whose definition of death was revised in October 2017 to declare that: 1) determination of death is a clinical decision and does not require permission from a person’s representatives; and 2) the cost of continuing organ support after brain death may be the responsibility of a person’s representatives. Nevada was the first state to address the financial aspects of continuing organ support for a brain-dead patient. It costs upward of $5,000 a day to maintain a brain-dead patient, and insurance companies do not routinely cover this cost, so if a family does not pay it out of pocket, the hospital needs to cover it.

These varying guidelines leave the meaning of death unsettled. Consider the 2016 case of Israel Stinson, whose mother objected to discontinuing organ support after he was declared brain-dead in California. She stated that her Christian faith led her to believe that he could be healed, and the court mandated that the hospital continue support while she sought to have him transferred to a hospital in New Jersey to take advantage of that state’s religious exemption. She was unable to find an accepting hospital in New Jersey, or anywhere else in the U.S., so she ultimately brought him to an institution in Guatemala. But three months later, she decided to bring him back to California. The case then went back to court, and the hospital received permission to discontinue organ support.

Although the values of autonomy and religious freedom are important, negotiations about death have consequences for not just individual patients, but families, medical teams, and society. Continuing organ support for a person who is brain-dead can be seen as disrespectful abuse of a corpse. Families can suffer complicated grief when the pronouncement of death is delayed or organ support is continued after brain death. Health care teams that are legally forced to continue organ support for people who are dead experience moral distress. Society as a whole is affected by these conflicts because resources that could be devoted to living patients with the potential for recovery are provided to people who are dead.

Until the public better understands the finality of brain death and objections to this condition are met with identical responses throughout the country, death will, in some ways, remain uncertain