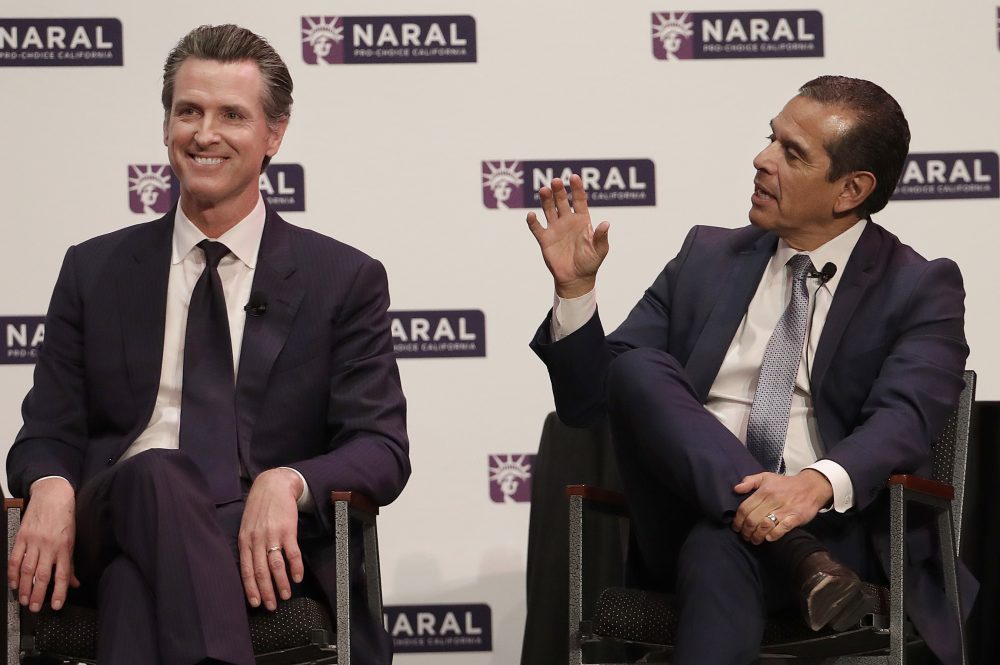 Which city—San Francisco or Los Angeles—do you love to hate more?

This is shaping up to be California’s question for 2018. Each of the two top contenders for governor is a former mayor of one of those cities, with each embodying certain grievances that Californians hold about their hometowns. And so their campaigns—and the many moneyed interests with a stake in the outcome—are already playing to resentments about these two places.

Gavin Newsom, like San Francisco, is derided as too wealthy, too white, too progressive, too cerebral, too cold, and so focused on a culturally liberal agenda that you might call him out of touch. Antonio Villaraigosa, like Los Angeles, is portrayed as too street, too Latino, too instinctual, too warm, and so unfocused in his economically liberal ideas that you might say he lacks a center.

Of course, it is awfully negative and unproductive to pose such a question about two of the world’s leading examples of urban settlement. But ours is an era when conversation has devolved into a never-ending cycle of accusation and recrimination. And so debate has become the act of prioritizing our hatreds.

The interesting news in this year’s California contest of city loathing is that there is a contest at all.

Since World War II, Los Angeles has been second-to-none in the amount of contempt it feels from other Californians. L.A. was the big bad colossus of California. The City of the Angels—with its smog and traffic and gangs and those dumb and phony Hollywood stars—represented everything the rest of the state was determined not to be. “Beat L.A.” has been such a unifying chant—it is heard in stadiums and arenas from Oakland to San Diego, from San Jose to Sacramento—that it’s a wonder it never replaced “Eureka” as the state motto.

In this context, no Los Angeles mayor, current or former, has ever won statewide office; not even Tom Bradley, the 20-year L.A. mayor who was arguably the most consequential California Democrat of the 20th century, could escape the albatross of being an Angeleno.

San Francisco, on the other hand, was a place that Californians, and most of the rest of the country, preferred to love. It was small and beautiful and charming—the perfect spot to spend a weekend away with your lover—and it kept to itself in those 49 square miles at the tip of its peninsula.

But over the last generation, the relative positions of the cities have changed. Los Angeles has weakened—especially since the early 1990s recession—while San Francisco has become unimaginably wealthy, glitzy, and more powerful.

In their landmark study, “The Rise and Fall of Urban Economies: Lessons From San Francisco and Los Angeles,” UCLA’s Michael Storper and three other researchers showed that the Bay Area and Greater Los Angeles were economically similar in the early 1970s on measures of household income, innovation, investment, education, and creative jobs. But they have since diverged so that the Bay Area’s household incomes are 50 percent higher, and L.A. now lags in educational attainment and investment.

Ideally, California would get a governor who has the best of both cities.

The study found that this wasn’t only about the growth of technology. The more open culture of San Francisco encouraged the exchange of ideas between scholars, entrepreneurs, and financiers that drives business and growth. L.A.’s top-down culture—of powerful studio heads and players who operate from behind high walls—translated into less intellectual ferment, and more investment steered to the old economy rather than the new.

But this new, advanced San Francisco Bay Area has stirred more resentment. It is too expensive for all but a few Californians to even contemplate living there. And its technology companies now reach into our lives more intimately—via social media and the sharing economy—disrupting our work and livelihoods.

San Francisco also has taken over the state’s politics. One of our U.S. senators, Dianne Feinstein, is a former San Francisco mayor, while the other, Kamala Harris, is a former San Francisco district attorney. Despite tightening polls, Newsom is the clear favorite to be our next governor. This power is not just the product of money or the intense San Francisco political competition that breeds competitive candidates; it also reflects a public that participates more. Though the Bay Area has more than a million fewer voters than Los Angeles County, in some recent state elections the Bay Area has recorded nearly 300,000 more votes.

San Francisco, once a symbol of open-mindedness, now faces the slur that it is unrepresentative—too white a place to represent a diverse state, and too narrow in its thinking. Peter Thiel, the billionaire tech investor who backed Donald Trump’s presidential campaign, recently complained that “Silicon Valley is a one-party state” that only tolerates liberals. And he followed up his words by telling associates he would move his residence, his company Thiel Capital, and his foundation to Los Angeles, where institutions with views similar to his—like Breitbart News—have a base.

Of course, in reality, the two men are remarkably similar—in ways that reflect what their cities have in common. Both are among America’s most progressive politicians, representing two of America’s most progressive places—though both have been friendly to business and development. Both are extraordinarily bright men who, perhaps because they struggled as students, sometimes betray insecurity about their intellectual faculties. Both endured personal scandals for which their cities have forgiven them. And, unlike President Trump and President Obama, who both scorn politics (albeit in very different ways), both gubernatorial candidates intuitively embrace politics to take risks and address difficult problems.

And both come from cities facing similar challenges: sky-high housing prices, unrelenting homelessness, outdated infrastructure, and unbalanced economies that don’t produce high enough working-class wages. Both cities have a power to create their own alternative realities—and spawn some pretty daft ideas. As an Angeleno, I give thanks for San Francisco, since it means there is one metropolis out there with people crazier than us.

Ideally, California would get a governor who has the best of both cities.

Newsom, having run San Francisco, has experience navigating freakishly Byzantine politics and governing in a narrow one-party place; that is what the state government in Sacramento has become. And Villaraigosa, having run a sprawling state-sized city with weak civic institutions, understands how and when to seize the attention of an apathetic public; the California public resembles Angelenos too much in this respect.

I wish Antonio had a little more of Gavin’s Bay Area jones for data. And I wish Gavin had more of Antonio’s L.A. groundedness and horse-sense. But what I most wish is that, during this year’s political fight between two cities, we don’t forget just how lucky California is to be home to both.