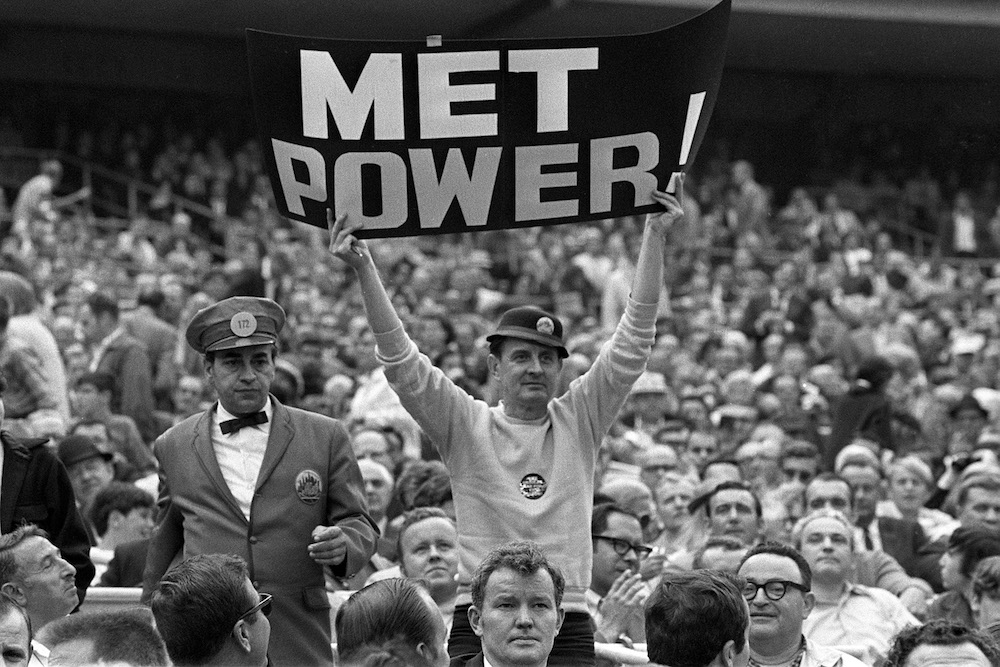 When examining American history of the late 1960s, one is often tempted to gravitate toward the foreign and domestic strife fostered by the war in Vietnam, the ongoing struggle for civil rights, or the frenetic cultural shifts in a country swept up by a tide of youthful rebellion. But we shouldn’t forget baseball, as it endured its own radical transformation during the end of that tumultuous decade.

Disrupted by the reverberations of the Tet Offensive, assassins’ bullets, and race riots, the landscape of the United States afforded little refuge for its citizens, but the world of sports provided a welcome diversion. Baseball diamonds in late 1967 were replete with the excitement of a four-team pennant race in the American League, to be followed by a thrilling World Series pitting the upstart AL champion Boston Red Sox against their National League counterpart—and eventual Series winner—the St. Louis Cardinals.

Yet, in spite of the heady finish of that 1967 season, baseball was in peril. As the 1968 campaign unfolded, the sclerotic effect of dominant pitching was curdling fan interest, and The Sporting News commented that “batting anemia … suddenly ranks as baseball’s big headache.”

Further tainting the national pastime off the field was its reaction to the deaths of Martin Luther King, Jr. and Robert Kennedy. Commissioner William Eckert—who was ill-qualified for his job—failed to implement an appropriate policy of game postponement to honor the two slain public figures. In the wake of the violence that attended the Democratic National Convention in Chicago that summer, many Americans were further outraged at Jose Feliciano’s soulful and non-traditional rendition of “The Star-Spangled Banner” at the World Series in Detroit. The anxiety of a war abroad, strife on the home front, and now the perceived besmirching of the National Anthem became too much for many fans to countenance.

As other major sports leagues expanded through the 1960s, and with pro football threatening to overtake baseball as the nation’s premier athletic attraction, baseball began to emerge from its chrysalis of stodginess. For the 1969 season, new teams were added in Seattle, San Diego, and Montreal, while another franchise was restored to Kansas City, and both major leagues were split into two divisions. Rule changes in the form of a lowered pitching mound and a reduced strike zone were enacted to remove some of the advantages that had accrued to the pitchers, and even the baseball itself was livened up to favor the hitters. Lastly, Bowie Kuhn, a former National League attorney and a knowledgeable baseball man, was installed as commissioner to set the national pastime on a new course.

This compelling confluence of changes to playing rules, the commissioner’s office, and league structures served to rescue baseball from the also-ran status into which it was in danger of falling.

On the cultural front, the demographics of baseball lineups were in transition. Over two decades after Jackie Robinson’s debut with the Brooklyn Dodgers in 1947, the percentage of African Americans among major-league players continued to rise, and the infusion of Latinos continued. However, no minorities had been given a chance to step into any kind of management role.

And drug use in baseball mirrored American society in a worrisome way, notably consumption of pep pills, which were gaining currency as a way to temporarily boost performance—or in some cases to chase away a hangover. One player spoke of the insouciance manifest in young people’s attitudes by observing that he was a member of “a generation that wasn’t afraid to ingest anything.”

Boldness of tastes in clothing were in clear evidence: The first baseman outfielder Ken Harrelson, possessor of a wardrobe reminiscent of Carnaby Street fashion, became a sartorial icon for his flock of adoring fans. Conversations around baseball were becoming more audacious, the signature moment arriving with Jim Bouton’s publication of Ball Four, a personal diary of his experiences during the 1969 season. For all its prurient humor, the book is a revealing account of many facets of a ballplayer’s life: the trials and tribulations of disputes with management (both on the field and in the front office), life away from home when taking road trips, and the earthy ambience of the team clubhouse. Ruffling feathers by calling out some past and contemporaneous teammates, Bouton poked holes in the staid façade that the game sought to maintain for the sake of a good public image. Such journalism was the result of the changing attitude of a sporting press that was growing more inclined to report on what was happening off the field rather than what was taking place on it.

This compelling confluence of changes to playing rules, the commissioner’s office, and league structures served to rescue baseball from the also-ran status into which it was in danger of falling. Another glimpse of the future emerged in the summer of 1969 when the first edition of the mammoth Macmillan Baseball Encyclopedia was published. This six-pound, computer-typeset tome was a remarkable achievement thanks to advances in information technology, and it set the stage for delving further into baseball’s remarkable fixation with numbers and data.

But the apotheosis of these landmark transformations may well have occurred on October 16, 1969, when left fielder Cleon Jones caught a soft fly ball off the bat of Baltimore’s Davey Johnson to secure an improbable World Series championship for the New York Mets. Their ineptness having reached legendary proportions in the earliest years of the franchise’s existence, the Mets accomplished a feat even more remarkable than that of the Red Sox two years earlier. It seemed that now anything really was possible.

Near the end of the 1960s, baseball faced an uncertain future. But by the very close of that decade, the national pastime was revitalized as it emerged from a brush with second-class status and bolstered itself to cross the threshold into a new modern era.