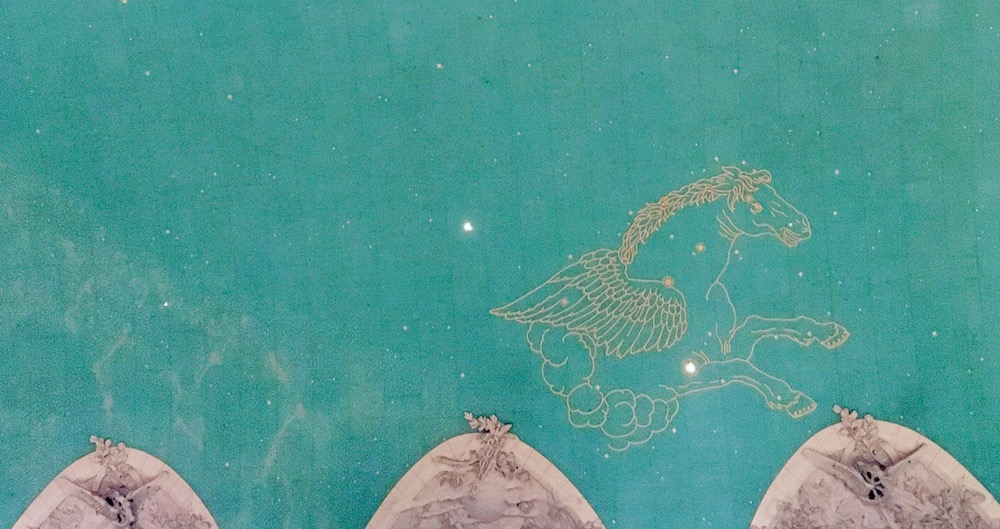 I walked down the street towards the subway attentive to the shifting geography ahead, to the uneven sidewalk, which looked as though an active fault line ran below. The ridges that rose up, the sudden declivities, made me walk more deliberately than usual in my platform espadrilles. I looked up and saw “artritis” in bold letters on a sign in a store window. Without stopping I noted the missing ‘h’ and crossed the street against the light. Then it occurred to me that the sign was not, in fact, misspelled. It was written in Spanish: artritis. Then I remembered that the word was in Spanish because I was walking down a street in Spain. No. Mexico. Then I remembered I was in Mexico.

One morning I bumped into three different people as I made my way down the block. It wasn’t clumsiness; I was out of my body, but it was not a mystical experience (none of the “floating above my body” type stuff). I took up space beside myself. It was as if I were actually standing six inches displaced (to the right) from my physical body. If you walked within those six inches (on my right side) we would collide. If you took my photograph that morning as I wafted towards the park it would appear as a double image. I might appear as a friendly ghost.

(What is the sound of two hands clapping?)

The wind was extraordinary that day. In the morning it had occurred to me that somewhere in the city scaffolding must be collapsing.

Italo Calvino wrote a story about a city without wind. The narrator announces, “I am a wind man. . . I am happy: the wind!” Was I a wind woman?

That day I applauded the wind. As I walked along, my “hair whipped to froth,” I watched as a gust swept by and knocked down a little girl on the sidewalk. She was four or five years old (clearly not clumsy or new to her feet), but she fell the way that toddlers do, plopping down on her behind. The wind inflated her dress so that as she landed the figure of the girl turned into a yellow polka dotted balloon floating on the ground.

When I saw the little girl fall, I started clapping. I couldn’t say why but I was overcome with glee. I was clapping, it seemed, for the wind as well as for the little girl’s fine performance.

On a day like that (sunny, not too cold) the wind made me aware of my skin. It blew me out of my body just a bit, so that I could climb back in and feel everything again.

I linked the sadness of my childhood to astronomy. To the spoon called the Big Dipper and the spoon called the Little Dipper, the dog called Pegasus, and the fish called Centaurus. I had learned the names of the dead Greeks in the sky. But nothing made me turn inward like looking into a telescope, where all I saw was salt. Do you see it? the others would ask. Every time I said, Yes I see it! I lost a bit of conviction in the world.

Now when I walked home quite late, or a little drunk I would look up and scan the sky as I turned toward my building. At night, even now, I said faint prayers to distant gods: Cassiopeia, Andromeda, The Golden Fleece, Cat’s Cradle, Pudding Pop, Diego and Frida, Noah’s Ark, Eiffel tower, Jitterbug, Bigger and Smaller dog.

And, oh, you sparkling tooth of Orion.