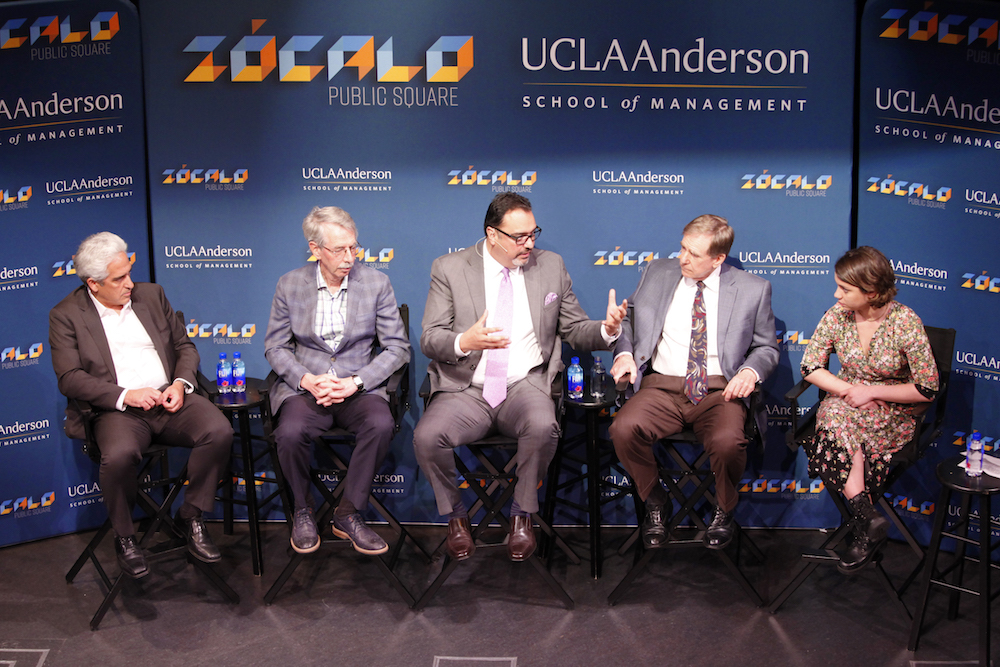 Are the United States and China in a trade war? If they are, who’s winning, who’s losing, and what will be the economic and political fallout in the years to come?

Those questions ricocheted around a Zócalo/UCLA Anderson event in downtown Los Angeles’ Little Tokyo district. The four panelists agreed that, while President Donald Trump’s constant China-bashing rhetoric and protectionist policies delight his core supporters, they won’t do much to help the U.S. economy or stop the country from running up its trade deficit.

The event, titled “What Will Trump’s Trade Wars Do to the U.S. Economy?” took place at the National Center for the Preservation of Democracy. The location was fitting, one panelist noted, because America’s current trade problems are closely related to other issues nagging at our democratic system.

Leading off the conversation, moderator Natalie Kitroeff, an economy reporter for The New York Times, asked UCLA Anderson economist Ed Leamer to reconstruct how the 2016 presidential election had made trade policy into a campaign issue that galvanized Trump’s base.

Leamer replied that, historically in the United States, the rise of manufacturing was inextricably linked with the rise of the American middle class. In the nation’s industrial heyday, some 30 percent of the workforce was engaged in manufacturing, a figure that has now sunk to about seven or eight percent. The three main culprits for the decline, Leamer said, were a drop-off in product innovation; technology that allows fewer laborers to do the work of many; and foreign trade, which began to take a heavy toll on U.S. manufacturing in the 1970s.

In the 1990s, a surge of imports from modernizing China intensified our trade problems, Leamer said, but the shift was already well underway. “It’s a lot easier now to point to the foreigner as the source of the problem, rather than to point at us,” he said.

Michael Camuñez, who served as Assistant Secretary of Commerce for Trade and Compliance in the Obama administration, agreed that “trade is an easy target” for politicians seeking to score points with angry constituents, because “people see factories being shuttered and workers being laid off.” But what’s equally troubling, Camuñez continued, is that we’re not preparing our kids for the realities of the modern economy. Those realities include growing numbers of jobs being lost to technological innovation—rather than to foreign competition, cheap labor, trade imbalances, or any of the other factors that politicians like to blame.

In the long term, the panelists seemed to agree, slapping more tariffs on China—the Trump administration is pondering $100 billion in punitive taxes, as payback for China’s own $50 billion in retaliatory tariffs—won’t save older U.S. industries that have been spiraling downward for decades, such as steel and aluminum. The panelists’ consensus was the United States instead should be focusing more on creating safeguards for valuable intellectual property, which China and other rising nations deeply covet. Daniel Sumner, director of the University of California Agricultural Issues Center, said that the threat from China continuing to pirate intellectual property is far greater than the threat of China dumping toys and other inexpensive consumer goods onto U.S. markets.

That point was taken up by David Loevinger, a former U.S. Treasury Department senior coordinator for China affairs, who said that there is a growing view within the Trump administration that China trade represents an almost existential threat to the United States.

Loevinger said that China’s national narrative is that they were the most advanced civilization for thousands of years before the West came in and exploited them under colonialism. Now that China is finally getting back on its feet, the West is trying to throttle their economy once again and keep them poor, goes the narrative.

Loevinger thinks a lot of trade policy is aimed—“mistakenly, in my view”—at “cutting China down before it can become a greater competitor to the United States.” The crucial question isn’t whether we’re in a trade war, he added, but whether we have a sound, coherent strategy for getting China to change its behavior in dealing with us.

Several panelists emphasized the importance of understanding China’s history, in order to make sense of its present and future aspirations. After China began liberalizing its economy in the late 1970s and early ’80s, its huge labor force turned it into the workshop of the world, doing low-end, low-skilled assembly. But today, China wants to be the world’s laboratory, not its sweatshop; it wants to invent higher-value products and sell them to other countries. In order to do that, Chinese companies have insisted on “forced technology transfer”—requiring foreign and multinational companies to share their knowledge with Chinese companies in order to gain access to the world’s biggest market.

Leamer stressed that this kind of technology transfer or leakage (or, to use a more jaundiced term, “piracy”) is nothing new. It occurred previously with Japan, Korea, and Taiwan, as those countries rebuilt their shattered and undernourished economies after World War II.

But with China, the panelists suggested, our political and economic leaders sought to overlook the potential scale of the leakage, because they thought that gaining entry into the massive mainland Chinese market would offset the loss of a few trade secrets.

So how can the United States prod China to change, without launching a fight that could leave U.S. workers and companies at least as bloodied as our rivals? Loevinger said that America can’t simply wield sticks; the U.S. needs to bring issues to the negotiating table that give the country leverage over the Chinese.

Leamer argued that our trade imbalance with China is “homegrown” because Americans have such poor savings rates compared to our investment opportunities. We also use a strong global currency, the dollar, that makes our exports more expensive for other countries to buy. “And we certainly have to stop the damn deficit that Uncle Sam is running year after year,” Leamer said.

Camuñez said that Trump has tapped “a deep anxiety in the country about economic dislocation, stagnant wages.”

“And he’s played to that anxiety and he’s using the trade deficit like a whack-a-mole stick to go after our partners,” Camuñez said. “It’s so foolish.”

And while the United States is busy picking fights with China, we’ve been alienating two of our largest, most reliable trading partners, Canada and Mexico. The panelists indicated that this has led to an abdication of American values and American leadership on the global stage, epitomized by Trump threatening to tear up NAFTA and by walking away from the Trans-Pacific Partnership trade agreement.

“We’re not going to make America great again by looking to the ’60s,” Leamer said. “We spend all our time focusing on China and we’re not going to talk about our real challenge, which is the educational system.”

During the Q&A session, one audience member asked about the fate of U.S. low-skilled workers if the trade wars escalate. Leamer replied that workers could be displaced from jobs and might have to relocate and take lower-paying, lower-skilled jobs. Programs to retrain workers and blunt the effects of job losses haven’t been successful, he added.

Another audience member asked why U.S. tech giants like Facebook and Google aren’t allowed to compete in China. Loevinger said that dwelling on getting sector-by-sector trade reciprocity is a recipe for “insanity.”

“If you insist on reciprocity, you’re going to be closing borders all over the place,” he said.

But perhaps the night’s key takeaway had to do with which country today represents the “voice of reason,” and which country is most likely to trigger what Kitroeff described as the “interesting and terrifying” prospect of economic Armageddon.

The dangerous country, the panelists suggested, is the United States, which for generations championed open markets and free trade. The country that seems to be taking our place is China. 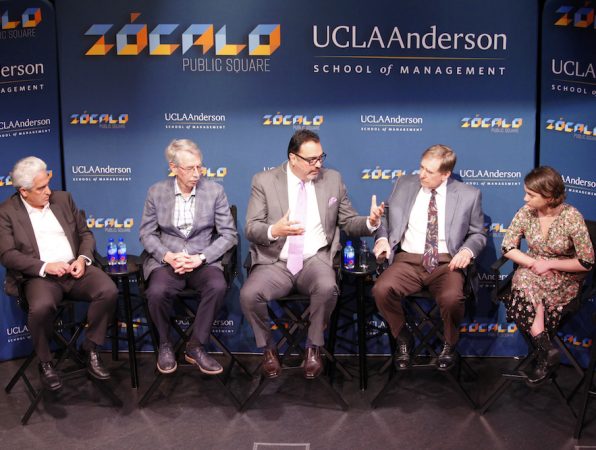 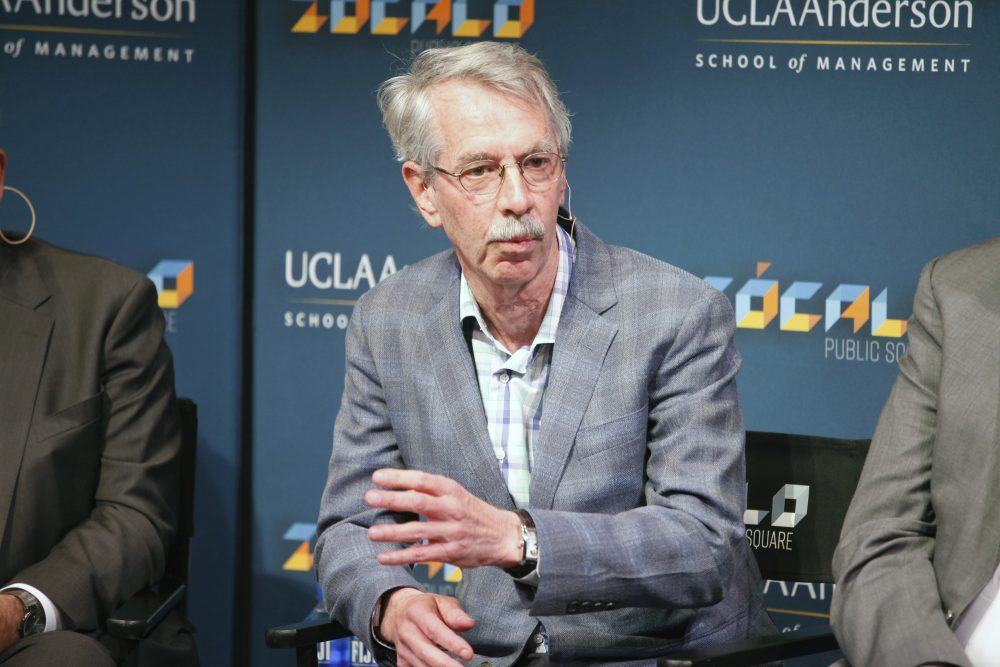 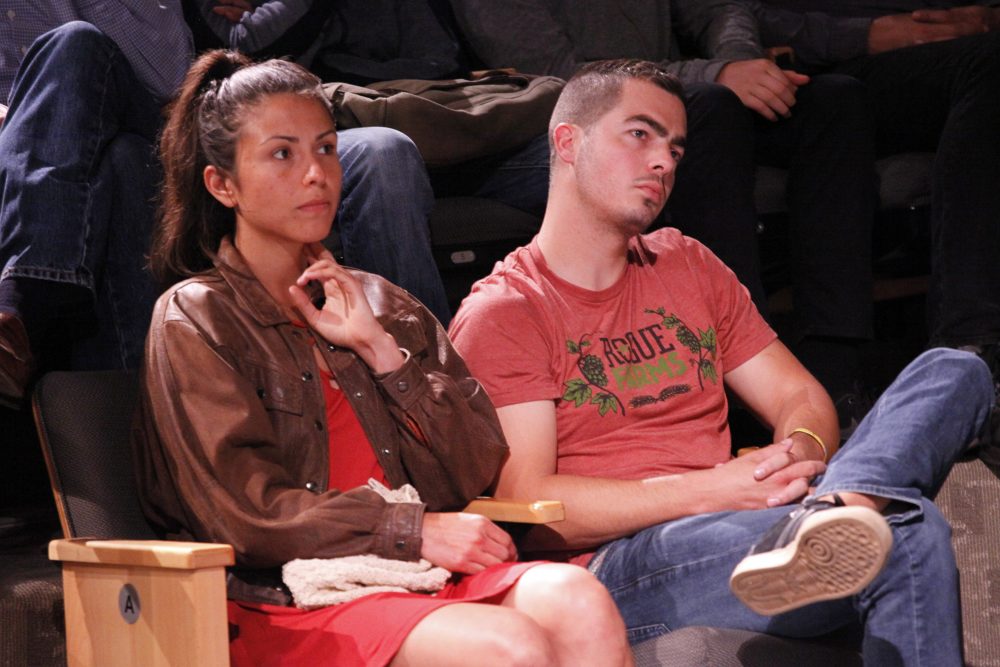 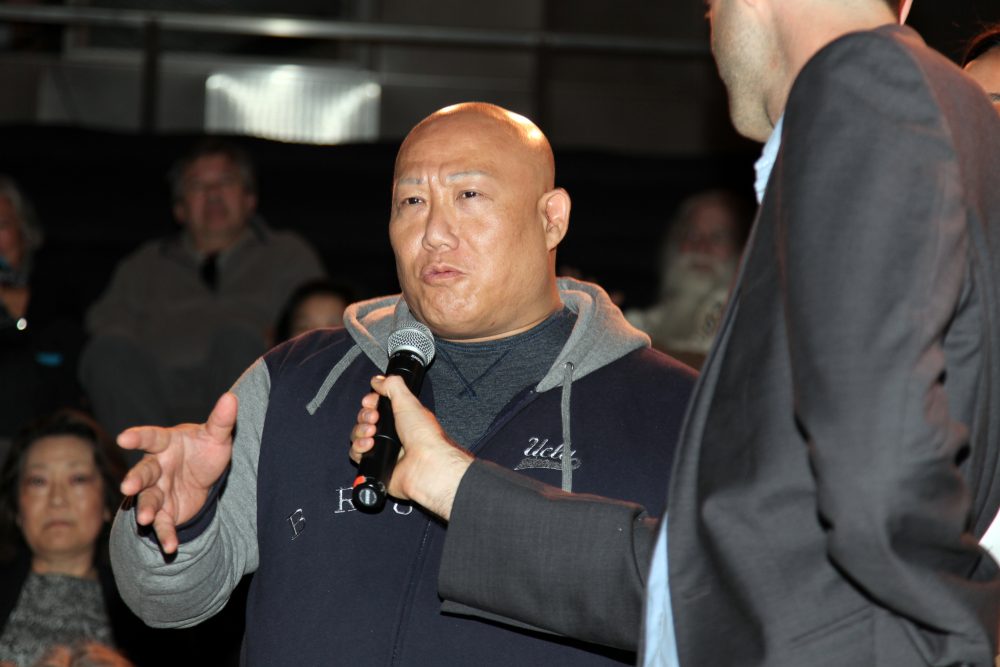 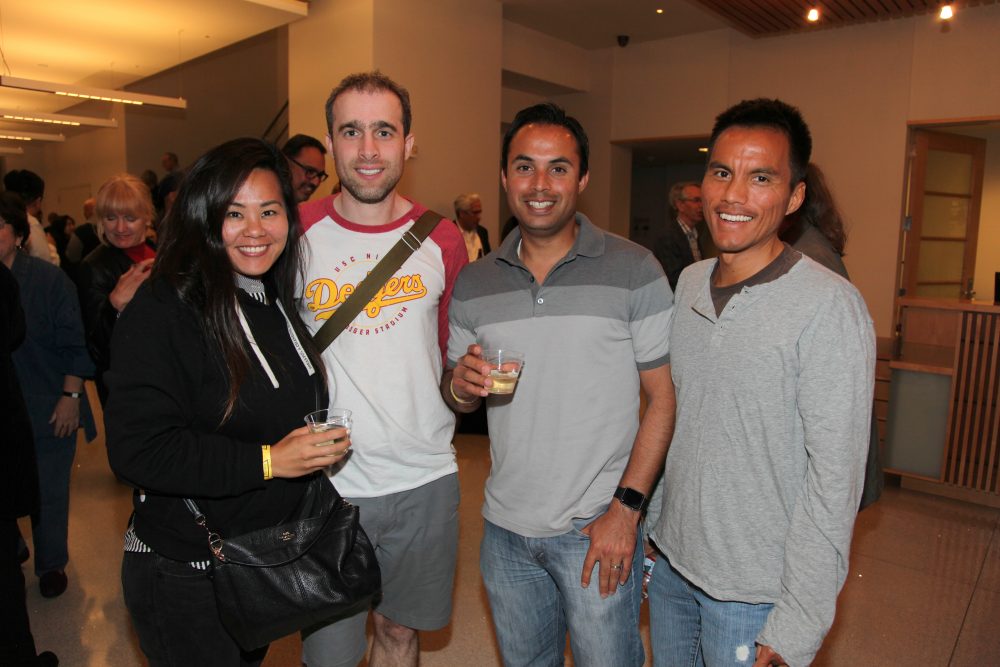 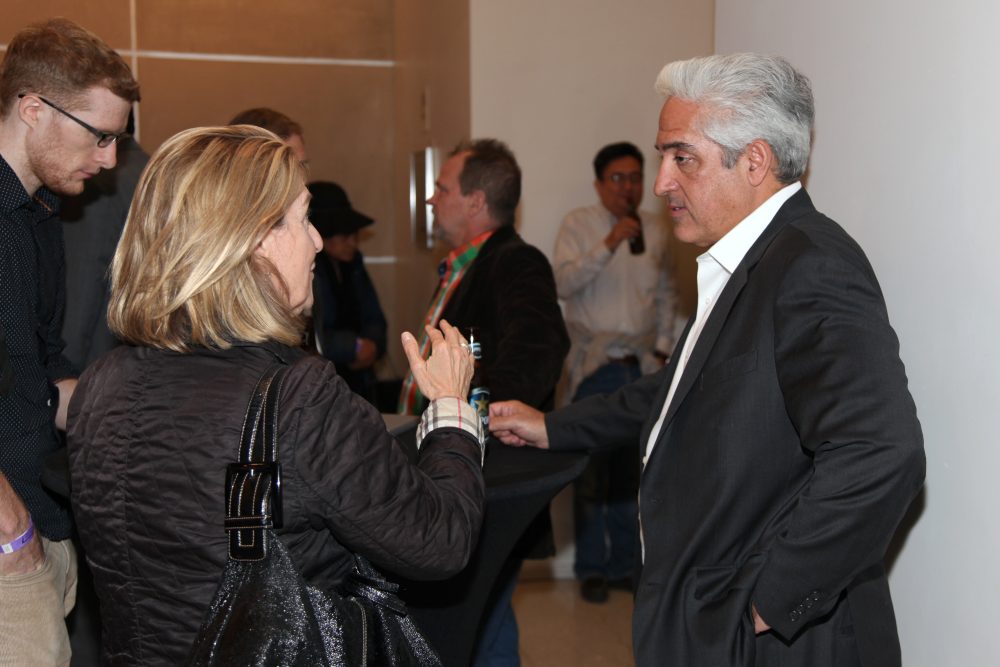