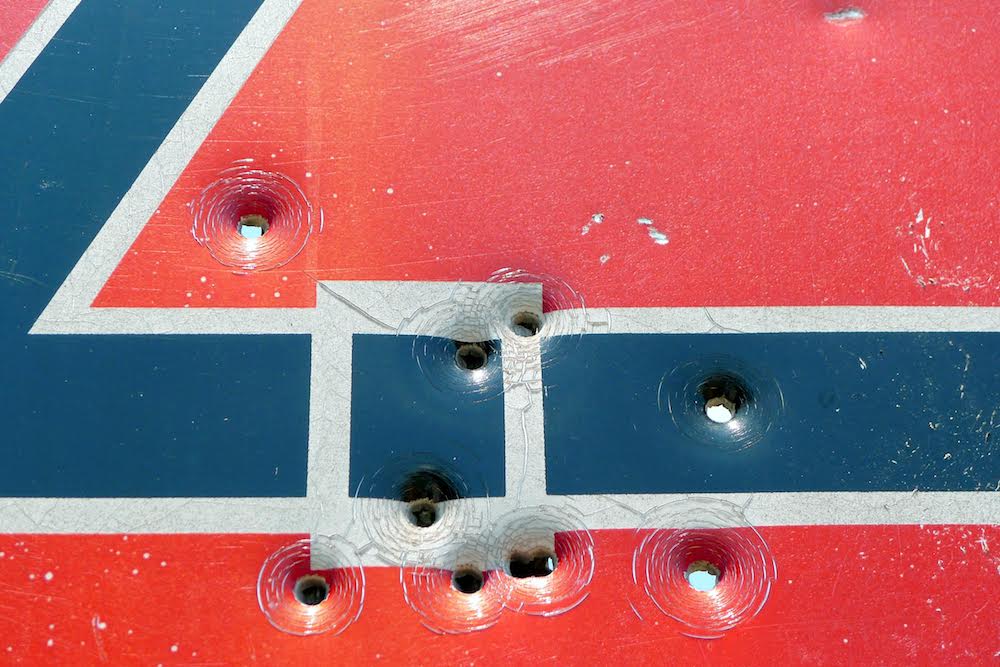 Brassy casings and colored shells litter swamp edges and road crossings
shot from passenger windows: POSTED and PAVEMENT ENDS.
Aubrey refreshes feed plots for a hunt club he’s tired of running
all politics and finger-pointing. Arlow got a license to shoot
Great Blue Heron taking catfish from his pond. Strays
sidle around dumpsters put out on dirt roads. Jean says,
If they make it to the house, they stay. Gospel Lights
Church of Christ is having a dinner sale: TRUCKERS WELCOME.
Ott tells four-inch soil temperatures mornings on The Peach.
Kevin fell coming out of his stand for a doctor’s appointment.
Ashlyn raises calves for 4-H. Rodney runs a dairy, says,
Two eyes, four stomachs, four hooves times four hundred cows:
that’s 800 eyes, 1600 stomachs, 1600 hooves something can go wrong with.
At the rattlesnake round-up, a woman took one look at the handler in the pit,
said, I don’t believe that man got all he supposed to.
Merle’s shirt says Welcome to the Show. He was right when he said
if you want to find an arrowhead you got to bend down a thousand times.