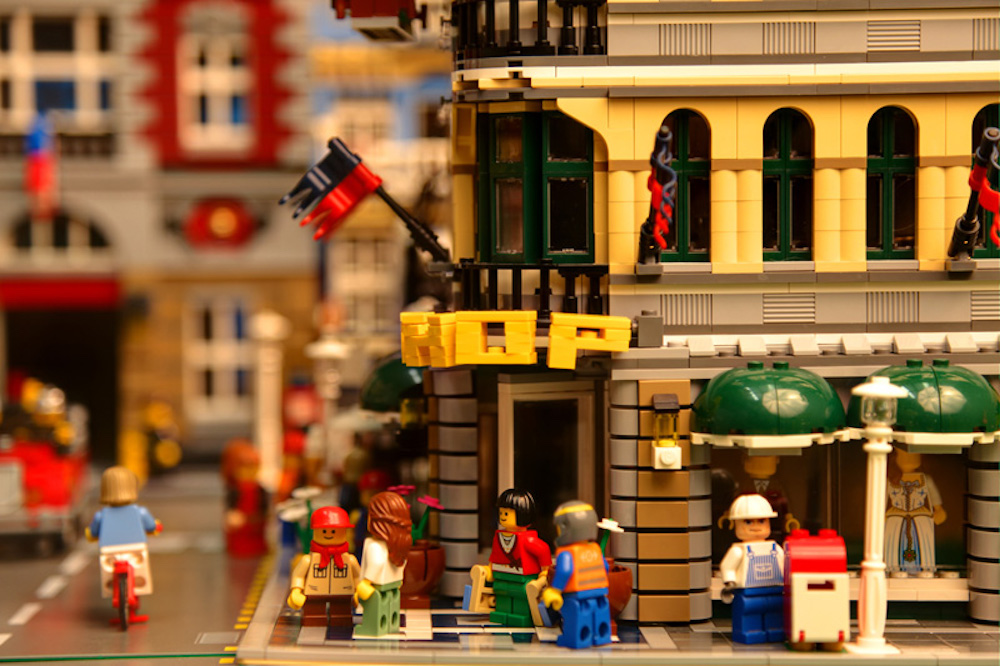 Recently a startup founder in San Jose asked me a question: What would you do if you were starting a California city?

My first answer: Get my head examined.

For 40 years, the state government and California voters have steadily reduced the revenues and limited the discretion of municipal governments; anyone who starts a new city in such conditions is insane by definition. Our newest cities—like Jurupa Valley and Menifee in Riverside County—have struggled to survive.

Then I reconsidered. No, I don’t believe in the advanced dream cities that technologists at Google parent Alphabet or startup accelerator Y Combinator want to conjure. But maybe you could form a workable California city—by exploiting California’s present-day realities, rather than bowing to them.

I certainly know how I wouldn’t start a new city: by electing a city government, building expensive housing, or hiring the police and firefighters whose salaries and retiree benefits swallow municipal budgets whole.

Spit out your coffee if you must, but cities thrive or wither by the quality of their developers. California laws on politics, open meetings, and open records so greatly restrict the power of our public officials that they often can’t talk freely and legally to each other. As a result, developers don’t just create projects—the good ones become the hubs of communication, the head coach through which all the players in a city talk and plan.

What would my developer develop first? Certainly not streets, houses, or businesses. Those can come later. If you want a great California city, you should start with a big research university.

It’s no accident that California’s most successful post-war city—Irvine—got a University of California campus in 1965, six years before the city incorporated in 1971. Or that Stanford started in 1891, three years before Palo Alto incorporated in 1894. Universities also can transform small and sleepy towns. Look at La Jolla: Once a retirement village for Navy people, it became an international center for research and technology after it got a UC campus.

Universities perform many roles in building community: They are economic engines, provide a look for the city, and attract talented people from around the world. The good ones work to address social challenges, too. And California needs more of them, given our shortage of college graduates.

If you doubt their impact on cities, consider San Bernardino and Riverside, as James and Deborah Fallows do in their terrific new book, Our Towns: A 100,000-Mile Journey Into the Heart of America. “Riverside and San Bernardino were similar-sized cities with similar economic prospects at the end of World War II,” they write, but now Riverside is 50 percent bigger. “Their prospects began diverging in the 1960s—Riverside’s up, San Bernardino’s down—when Riverside was chosen as the site of a new University of California campus and San Bernardino was not.”

Only with a university would Joeville be viable. I’d put mine in the city center, not on the outskirts as was done, mistakenly, with the new UC campus in Merced. I’d also put my university in charge of the local school district—creating a teachers college in the process.

With the schools in place, the developer could turn to developing a tax base. Under California’s misbegotten tax system, the best-off cities often are those that collect the most sales taxes. That’s why retail-poor San Jose, despite having so many rich homeowners, has a weak city government, while the city of Cerritos, with its auto mall, is rich.

My city would be designed around two highly attractive retailers that produce huge sales and taxes: Costco and an Apple store. I’d attach the Apple store to a luxury hotel so that I could tax its rooms, too. And since those retailers pay well, many of their employees could become, along with the university students, my city’s first residents.

You probably think that, at this point, we’d establish a city government to set up services. Think again. Local officials in California are so weak as to be useless. Better to have citizens take the lead.

California’s preeminent expert on local participation, Pete Peterson, dean of Pepperdine University’s School of Public Policy, offered a number of suggestions for Joeville. First, it should be a charter city with its own mission statement, drafted by citizens, that answers the questions: What are we for? Why are we doing this? These ideas would help the town form its own distinct identity. Joeville could have its own local holiday—Founding Day—in the town’s public square, called the zócalo (which happens to be the name of the media nonprofit where I work), at which the mission statement would be read.

Peterson suggests that since the citizens would be leading the governance of their city, residents should attend a multi-day “Citizens Academy” where they would learn the basics of municipal government, including budgeting. Then citizens would be asked to serve on government commissions and local nonprofits.

My city would be designed around two highly attractive retailers that produce huge sales and taxes: Costco and an Apple store.

Peterson says that Joeville could increase citizen engagement through its design. To encourage neighbors to get to know each other, city code might require porches to be built on the fronts of houses, with no attached garages.

Once Joeville’s citizens are engaged, we’d be free to set up whatever municipal departments are required. Joeville wouldn’t be afraid to contract out services, especially police and fire, given the expense, so as to have more money for libraries, parks, and civic forums. In this, Joeville would be typical: Fewer than one-quarter of California cities are responsible for all of their own municipal services.

Now, by this point, you’re thinking that Joeville is fantasy. Wouldn’t Joeville be stopped in its tracks by California’s regulation and litigation? Yes, which is why we’d lobby state legislators to have the entire city declared to be a stadium—not for sports, but of civic experimentation. The state, you see, routinely gives environmental and regulatory exemptions to stadiums, if little else.

Of course, Joeville still needs to find financing. In the meantime, California’s nearly 500 cities, struggling with state restrictions on funding and governance, might adopt Joeville’s civic motto: “You’ll Never Win If You Play By California’s Rules.”