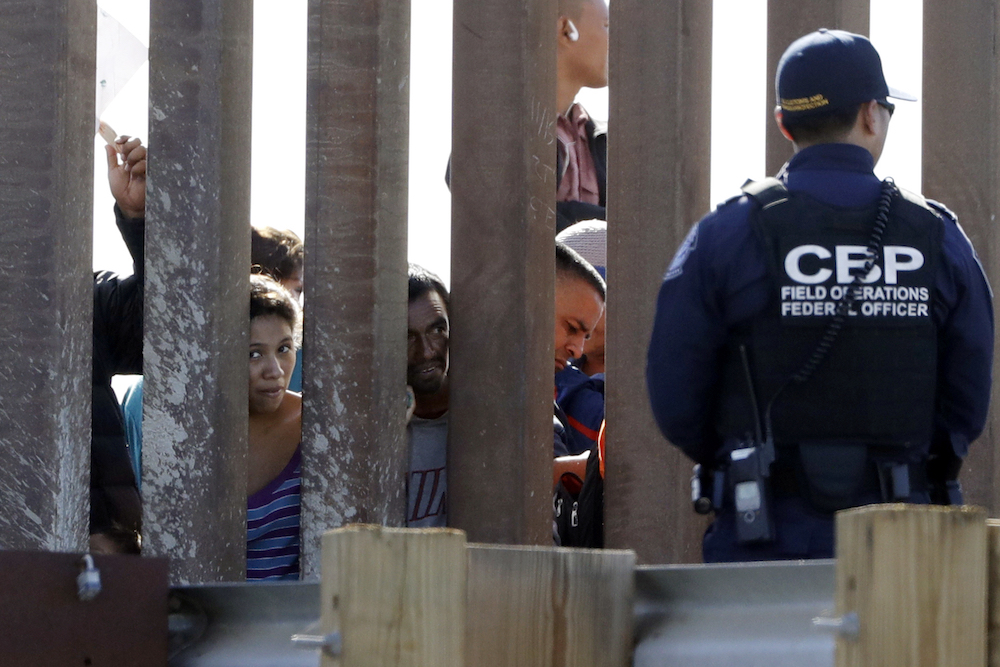 The law—Senate Bill 5094, also known as the Undesirable Aliens Act—was notable because it was the first time criminal penalties were attached to undocumented entry to the U.S. While the law’s passage was not big news in 1929, it is vital to understanding how we discuss undocumented immigration today.

To understand the 1929 bill, it’s important to understand the nativist wave that gripped the United States in the 1920s. That wave most famously produced the Johnson-Reed Act of 1924, which set national quotas for immigration in a way that was transparently designed to preserve the cultural dominance of Northern and Western Europeans. The law also marked a transition from earlier anti-immigrant campaigns that had targeted Catholics, Southern Europeans, Chinese, and other Asian migrants, because for the first time, the law targeted Mexican immigration.

As historian Mae Ngai documents in Impossible Subjects: Illegal Aliens and the Making of Modern America, immigration across the southern border went largely ignored until the 1920s. It was mostly seen as being regulated by labor demands in the Southwest, but this changed after World War I ushered in an era of harder borders. In 1924, the Border Patrol was founded to stop Mexican immigrants from entering illegally as undocumented entry began to be seen as a problem.

After the passage of Johnson-Reed in 1924, some members of Congress, looking for new targets for their anti-immigration work, pushed for a way to limit Mexican immigration to the United States through the extension of quotas to Mexico as well. In their arguments, Mexicans were often characterized as economic burdens, threats to American jobs, unclean and potentially diseased, and with a greater tendency towards criminality.

They also were not considered white. Representative Robert Green, a Democrat from Florida, would make the racial aspect of his opposition clear in a radio address on January 27, 1928, on the subject of “Immigration and the Crime Wave.” In this address, Green noted that quotas should be applied to Mexico because of the mixture of “White, Indian, and negro” blood, which placed a “very great penalty” upon any society attempting to assimilate it. Making a eugenicist argument, he continued, “influx of all types of undesirable aliens and their amalgamation with our people will cause a general weakening, physically and mentally, of our civilization.”

During a January 1928 address at an immigration conference organized by the briefly popular, anti-communist Key Men of America, he declared: “One purpose of our immigration laws is to prevent the lowering of the ideals and the average of our citizenship, the creation of race friction and the weakening of the Nation’s powers of cohesion, resulting from the intermixing of differing races. The admission of 75,000 Mexican peons annually tends to the aggravation of this, another evil which the laws are designed to prevent or cure.”

Box catered to his Key Men audience, not only by calling them a “patriotic organization,” but by tying immigration to their fears of communism. “In proportion to her population, Mexico is now by far the most bolshevistic country in the Western Hemisphere,” Box later said in testimony before the House Committee on Immigration and Naturalization. And he didn’t stop there, suggesting Mexican immigrants were poor, illiterate, criminal disease-carriers who posed threats not only to American culture but also to the very safety of its citizens.

In the same Key Men address, Box claimed, “the Mexican peons are illiterate and ignorant. Because of their unsanitary habits and living conditions and their vices, they are especially subject to smallpox, venereal diseases, tuberculosis, and other dangerous contagions….Few, if any, other immigrants have brought us so large a proportion of criminals and paupers as the Mexican peons.”

Despite this, the Box Bill failed in the Congress—but Box and other restrictionists would adopt a new tactic in their push to restrict Mexican immigration by targeting the undocumented. When Senator Coleman Blease, a known white supremacist from South Carolina, introduced Senate Bill 5094, also known as the Undesirable Aliens Act the next year, Box became one of its most outspoken supporters. The bill proposed to criminalize illegal entry—making it a misdemeanor—and to turn illegal re-entry into a felony, which made the immigrant inadmissible to the United States in the future. Reentry after deportation also carried penalties of up to two years in prison, a fine of up to $1,000, or both. Illegal entrants would face misdemeanor charges and one year in prison, a $1,000 fine, or both.

The passage of the Undesirable Aliens Act shifted how Mexican immigration was treated in the U.S.

The bill was not unopposed. The American Civil Liberties Union, for example, submitted a protest at committee hearings. “It is one thing to deport a person for coming here illegally; it is quite another thing to imprison for a year or fine him a thousand dollars, especially as he might be quite ignorant of the law when he starts his journey,” the ACLU memo said. But the ACLU’s criticism proved to be a lonely one and the Hoover Administration supported attaching criminal penalties to illegal entry. The Senate Committee’s report included a letter from the Secretary of Labor, James Davis, noting that a deterrent penalty was necessary if undocumented entry was to be dissuaded.

The bill passed with little fanfare and without a recorded vote, but the debate set many of the terms for immigration discussions for the rest of the century and beyond by making dubious connections between immigration and a variety of social ills. Representative Green of Florida noted that, “if you will examine the criminal records you will find that…the percentage of criminals is largely foreign.” Representative Box would repeat the negative stereotypes he had drawn on in pushing for quotas on Mexican immigration: “They are badly infected with tuberculosis and other diseases; there are many paupers among them; there are many criminals; they work for lower wages; they are as objectionable as immigrants tried by the tests applied to other aliens. Republican Representative Roy Fitzgerald of Ohio would claim that Mexican immigrants were poisoning American citizens, and fellow Republicans John Schafer of Wisconsin and Thomas Blanton of Texas would accuse Mexican immigrants of taking the jobs of native-born Americans, with Blanton going so far as to suggest that Mexican immigrants would cause the starvation of the native-born.

The passage of the Undesirable Aliens Act shifted how Mexican immigration was treated in the U.S. Later that same year, 1929, the federal government, along with state and local governments, began a program of Mexican Repatriation as America slid into the Great Depression. This campaign sought to coerce Mexican immigrants to return to their country of origin through immigration raids and threats of penalties for those who could not prove they were in the country legally.

Indeed, the criminalization of undocumented entry, in combination with decreasing job opportunities during the Depression and aggressive tactics by the Immigration Service and other authorities, made the Mexican Repatriation a success. The program resulted in an estimated 20 percent of the Mexican population of the United States returning to Mexico.

The undocumented were now criminals, and could be treated as such. In this way, the Undesirable Aliens Act established a new pattern of American policymaking that holds to this day: The law, and the many that have followed it, have reinforced the tendency to see the solution to undocumented immigration as more punitive policy, instead of treating it as an issue of labor.

It has not mattered that such policies have not worked, or that they create pain for undocumented immigrants, who have contributed so much to America throughout its history. Instead, such policies are justified by the argument that they are just the law—laws that continue to rely on the dubious racist and nativist arguments of 1929.