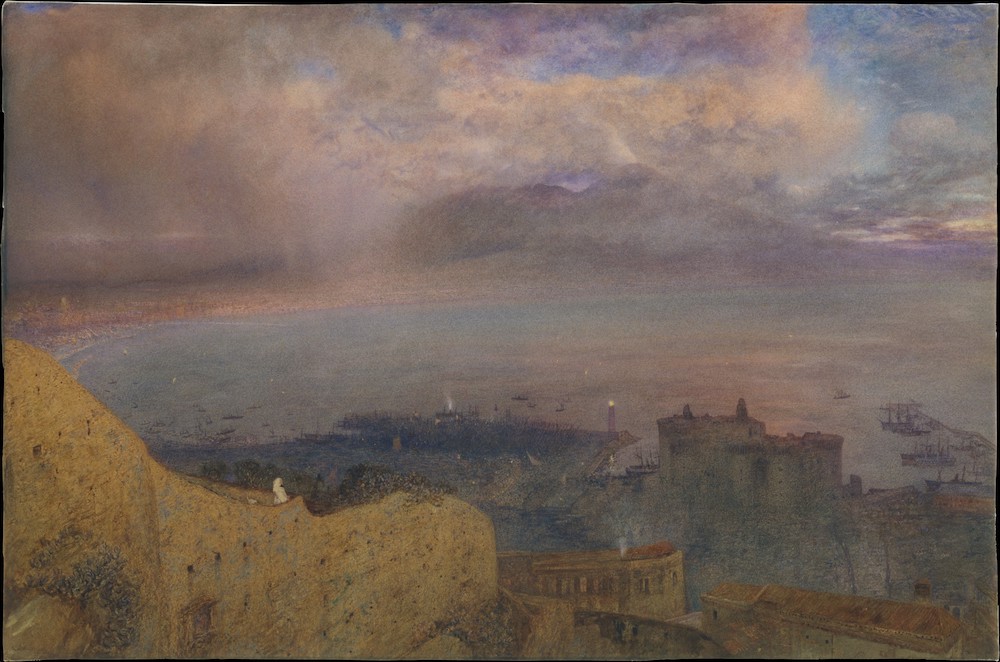 Painting by Alfred William Hunt showing the Bay of Naples with Mount Vesuvius smoking on the horizon.Courtesy of the Metropolitan Museum of Art.

When I love another person, after I close the circle I say, “I know that things are not always all the way one way.” This is an idealized tenderness. That sort of light touch feels familiar and still, I am asking to be buried in “the landscape” or David’s pools, the colors of them. Instead of opposing, you just put me in them—

With the most populous wilderness: you were not reaching, and I assumed, but then I remembered you digging. It is not uncommon to pick a fight with yourself like some dumb ole dog. I think about how stupid my dog is all the time – and his stupidity is unto himself and no one suffers. It’s thrilling to me. I am stupid too.

Some of us have been disappointed with ourselves lately. It could be time for something to happen but it will be the same. You’ll say, “I’m burning up! But I don’t mind.” It is hot enough for me. And you can’t return to the old place expecting new things – which is to say some of us drowned in the fire while others just rode the flames.