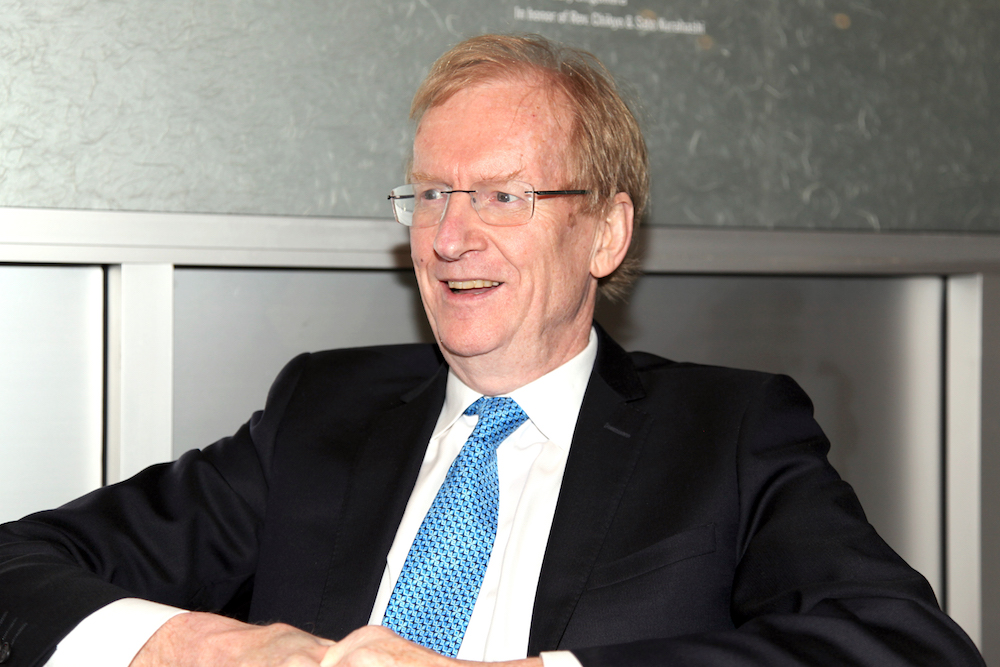 Richard D. Anderson has been a professor of political science at UCLA since 1989 and is the author of multiple books, including Discourse, Dictators and Democrats: Russia’s Place in a Global Process. Previously, he worked as an intelligence analyst, a Pentagon contractor, and a staffer at the Central Intelligence Agency before he left for the House Permanent Select Committee on Intelligence. Before taking part in a Zócalo/UCLA Downtown event, “Is America Enabling Autocrats to Run the World?” at the National Center for the Preservation of Democracy in downtown Los Angeles, he spoke in the Zócalo green room about quitting the CIA, Soviet leaders, and the real nature of democracy.

Dismantling Democratic States, by Ezra Suleiman, who is a friend of mine.

You spent your childhood in Louisiana. What do you miss most about Louisiana?

What is your favorite Russian food?

Pelmeni, which are little dumplings.

What’s the strangest place you’ve ever been?

Who was the most skilled politician of all Soviet leaders?

How do you quit the CIA?

With difficulty. The problem shows up at your first job interview when they ask what you have been doing the last few years, and you can’t tell them. And if you take the job I took [at the U.S. House Permanent Select Committee on Intelligence], the CIA is mad at you. And it complicates the job. And if they spread nasty rumors about you, that really complicates things.

What’s the most dangerous thing about Vladimir Putin?

He doesn’t seem to have very many reservations about having people killed. We don’t have any evidence that he’s had a hand in these killings, but a lot of people have been killed. …

What is the biggest misconception Americans have about their intelligence agencies?

It’s not so much that Americans have a misconception. It’s just the difference between the world of classified information and open information—that gulf is just enormous. When I was in the CIA, I had access to things that paint an entirely different picture than the one the citizens have. And the intelligence agencies can’t talk about it … but their actions are based on this classified picture that they have.

What’s the world’s most democratic country?

That’s a really interesting question. By my standards, Norway is pretty good.

If elections don’t make a democracy, what does?

What makes a democracy is universal enfranchisement. And a real election is one in which everyone gets to exercise their natural right to vote.

What’s the worst thing about having a president at odds with the intelligence agencies?

What question do your students ask you the most?