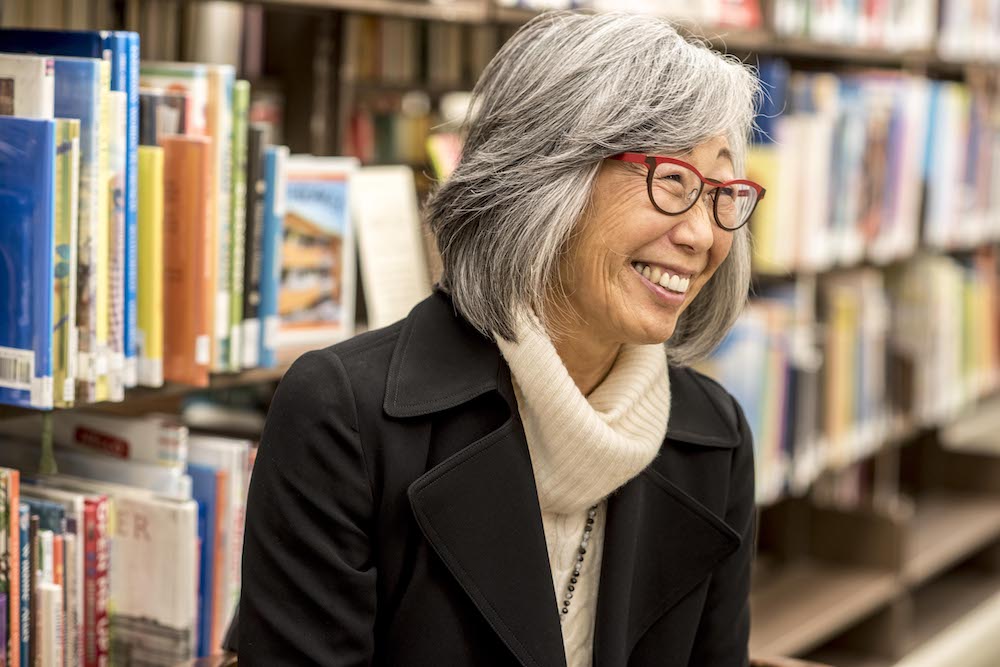 Marjorie Kagawa-Singer is a medical anthropologist at UCLA. In a 45-year career working as a clinician and a researcher, she has focused on reducing health disparities and identifying cultural processes of health behavior among individuals and families dealing with cancer and other chronic diseases. Before joining the panel at a Zócalo/The California Wellness Foundation event titled “How Are Immigrants Changing Our Definition of Health?,” she talked in the green room about culture, Italian and Japanese food, and the different ways people respond to a diagnosis of terminal cancer.

How do you define culture?

That which gives life meaning.

When were you happiest?

Where were you happiest?

Wherever my friends and family are.

What one teacher inspired you?

Mr. Kennedy, he was my junior or senior English teacher at Berkeley High School, and he loved what he was teaching. He would quote from Chaucer, and he would go on and on with such enthusiasm.

What was the best meal you ever had?

Anything in Italy. And then my husband and I were just in Japan, and we had the kaiseki in all the places we stayed, and it was fabulous, as much for the presentation as the taste. I thought it would take me a week to make what they make in one dish, and there were 50 of them. The patience and artistry that went into them—it’s a totally different mindset than we have here.

If we turned on the TV at your house, what channel is likely to be on?

It would be MSNBC or CNN.

Of all those people you’ve treated, what patient do you find yourself thinking most about?

It was not one patient. I think about those with cancer who have been in my research area.

Is there someone who stands out from your research?

Well, you’ve read about the five stages of grief—denial, anger, bargaining, depression, and acceptance. But that’s not how many people of color respond. It’s more of an “OK, now what?” And there isn’t that sense of control.

I was interviewing a Japanese-American man in his 70s. We were sitting together like this. His wife was in one chair. His wife said, “Papa doesn’t know what he has.” And he said, “But it doesn’t matter if I know or not, because I’m not important.”

The man was a dentist. He had raised five kids. He had gone to Stanford, where he didn’t have money to buy books. And then he got put into the [internment camps.] But he said, “if I were important, it would make a difference.” He had pancreatic cancer. And he said, “Maybe that’s what [the actress] Donna Reed had. But I don’t know for sure. If I were important, there might be something I wanted to finish before I died.”

It’s that kind of difference that I’ve often seen, in coping with what would seem a tragedy, but for many others, it’s the course of life.