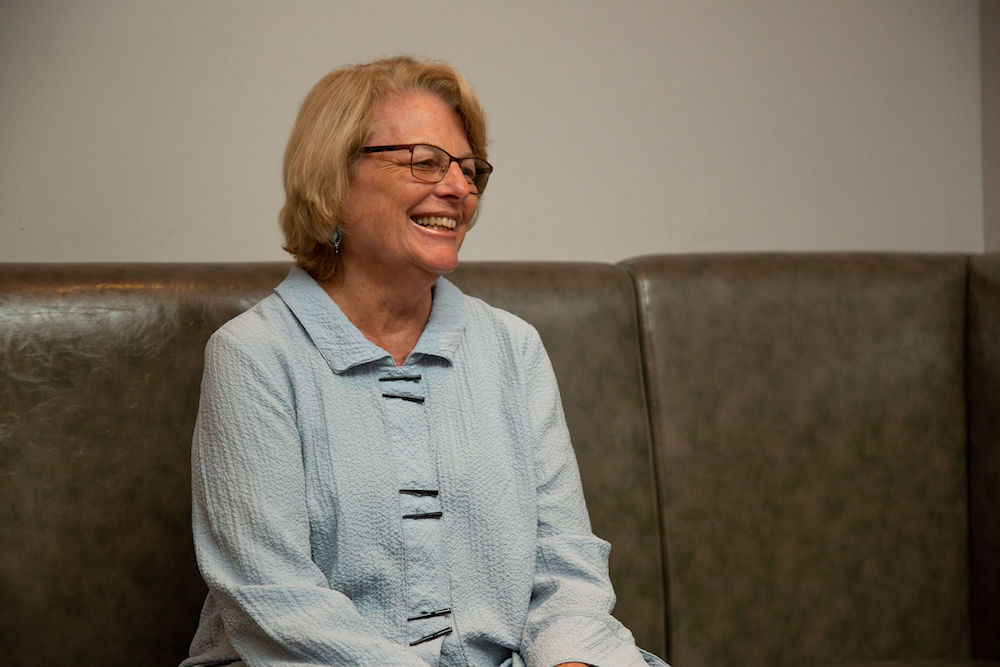 Martha Honey is co-founder and executive director of the Washington, D.C.-headquartered Center for Responsible Travel. The author of multiple volumes about tourism in the Caribbean, she writes about ecotourism, cruise and resort tourism, coastal and marine tourism, climate change, and certification issues. She previously served as a journalist in Central America and East Africa, where she earned a doctorate in African history from the University of Dar es Salaam, Tanzania.

Before speaking at a Zócalo/Daniel K. Inouye Institute “Pau Hana” event titled “How Much Tourism Is Too Much?” at Artistry Honolulu, she spoke in the green room about covering wars, cruising the Nile, and a place she still dreams of visiting.

What was the last book you read?

I’m in a book club, so what we read last time was called Splinterlands, by someone in our book club who is a writer, John Feffer.

What do you miss most about Tanzania?

The people and the wildlife.

What’s the biggest misconception people have about the Caribbean?

That every island is kind of the same. There are really distinct cultures from one island to another.

If you could only spend one day in the Caribbean, where would you go?

I have very deep roots in Granada so it would probably be there. My parents had a home on the second island, of the three islands of Granada, as I was growing up. And as our kids were growing up, we would go and spend time there. And I’ve done a lot of sustainable tourism work there. The kind of tourism they’re developing is in many ways similar to Hawai‘i—small-scale sustainable tourism, family-owned businesses.

What’s your favorite book about tourism?

Overbooked by Elizabeth Becker. It was a very pioneering book.

Which story from your career as a journalist do you find yourself thinking most often about?

There are two—and they were difficult in different ways. In Central America, we ended up uncovering a lot of CIA operations and illegal operations and got into trouble; my husband was injured in a bombing we spent a lot of time investigating in the 1980s. In Tanzania, I covered my first war, the overthrow of Idi Amin in Uganda. We were the only foreign journalists who traveled with Tanzanian troops as they invaded Uganda. And I was a young mother at the time, wondering, “What am I doing here in the middle of all this fighting and torture?”

What was your greatest vacation?

The one that keeps coming to mind was when our kids were little, and we were leaving Tanzania, and we went on a cruise down the Nile. It was really special, the beauty. And it was before a lot of the troubles in Egypt.

Where’d you go to high school?

To Staples, an excellent public high school in Westport, Connecticut.

If you turned on your TV right now, what channel would most likely be on?

PBS. I watch the “NewsHour.”

What teacher changed your life?

I had a history professor at Oberlin, Mr. Blodgett, who was a wonderful storyteller. And he created a deep interest in history and getting behind the conventional stories.

What place where you haven’t been would you most like to go?

There are a lot. But I’d have to say Easter Island.

Where would we find you on a typical Sunday afternoon?

Unfortunately, at my computer working, with writing I didn’t get done during the week. I mostly write at home. If not that, then just being around the house with friends.