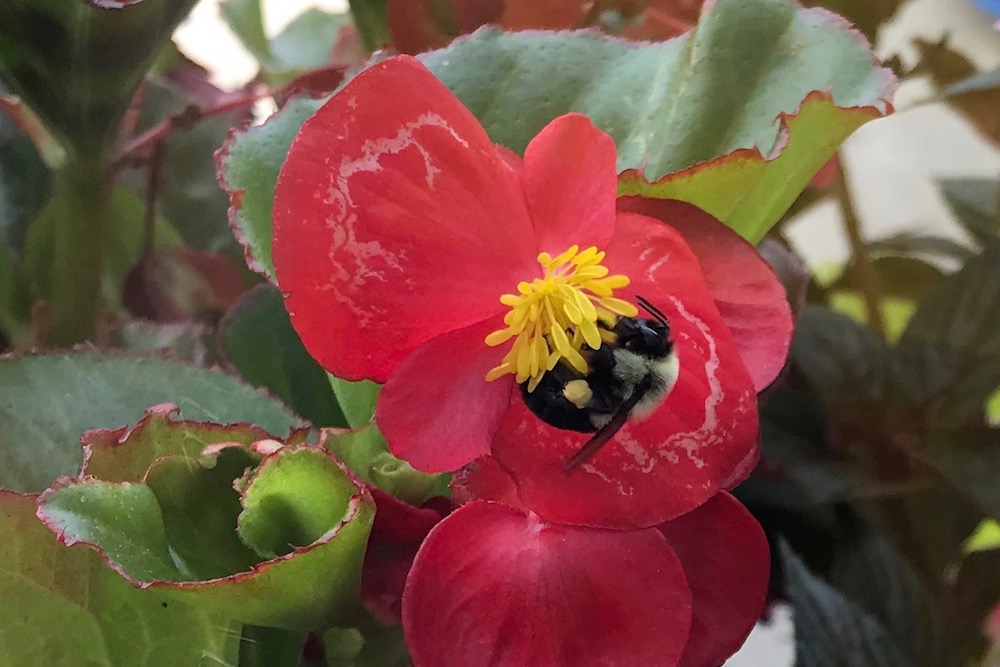 I wrote, day after day, about the bee
in the begonia – bees, I should say, though it was only
one at a time, amid the many blossoms.
I took pictures through the window with my iPhone:
even a little movie: now here, now gone.
Of course there were bees in the flower bed at home
on the dahlias, marigolds, and black-eyed Susans—
honeybees, bumblebees, and the tiny green metallic
sweat-bees, clouds of bees in the neighbor’s lavish
wind-tossed overgrown English lavender.
But the companionable bee outside the window
where I wrote, and where the hardy begonias bloomed
and began eventually to decay, faint wrinkling
etched in the petals the bee hovered over – the many
bees – I counted on their company, their being
there, working alongside me, humming, gathering
whatever they needed to gather to make whatever
they were going to make. One day the window
planters were gone: bare bolts and brackets and rust
stains against the white wall. Rust making whatever
it makes, more slowly than the bees, and longer lasting.