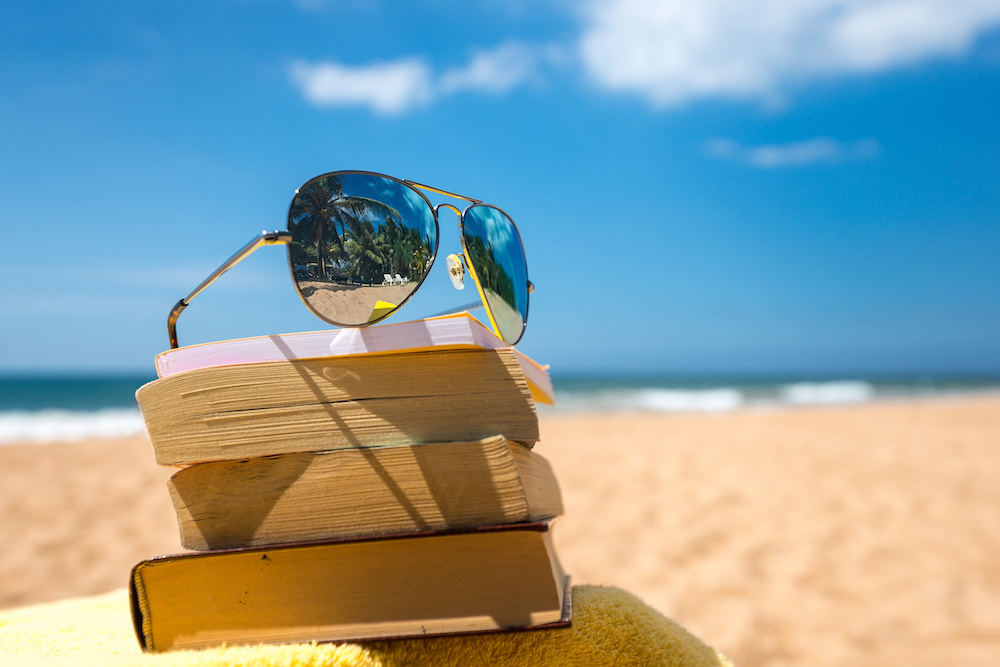 As the summer solstice draws near, the days in the northern hemisphere grow longer and hotter. And while there are countless things we can do with the season’s extra light, we here at Zócalo Public Square urge you to let the sun’s rays fall on the pages of some of our favorite summer reads. Composed of picks from our contributors and speakers from this past year, the books on this year’s list, while not all lighthearted, are certain to illuminate your thinking. Whether you’re poolside in a chaise lounge, holed up indoors as an evening thunderstorm tears through, or posted up at the beach, our list will have you pondering Americans’ warped obsession with the murders of young women, wandering with polymath Ibn Khaldun through 14th-century North Africa, and empathizing with a mother in her tragic and terrifying return to alcoholism.

BIRTHRIGHT CITIZENS: A HISTORY OF RACE AND RIGHTS IN ANTEBELLUM AMERICA

Birthright Citizens: A History of Race and Rights in Antebellum America by Martha S. Jones is a brilliant depiction of the fight over what “American citizenship” meant in the 19th century. It is also chillingly relevant to the dispute over immigration, deportation, and citizenship in 2019. Highly recommended.

UCLA archaeologist and the author of The Woman Who Would Be King: Hatshepsut’s Rise to Power in Ancient Egypt

I just read Drunk Mom: A Memoir by Jowita Bydlowska. It was awful, and amazing, and beautiful, and awful, and then amazing again. I actually had to skip a big chunk of it because this mother’s journey through addiction was scarier than any horror novel I’ve ever read. I skipped straight to rehab. Throughout it was extraordinary to see a person lie to herself, then to see her excavate herself, whether she wanted to or not, because she knew that if she didn’t dig all of her trauma up, she would never find the light of day. We are all drunk moms.

DOWN GIRL: THE LOGIC OF MISOGYNY

I’m struggling to invoke the right words for how I feel about this book. It is a pleasure because Manne’s writing soars and dazzles, illuminating the world in sharp, intense bursts. And it is terrible because reading about misogyny felt like putting on corrective lenses. The world I’ve stumbled and fumbled through for decades snaps quickly, painfully into focus.

Manne defines and analyzes misogyny not just as the individual hatred of women, but as a social structure, the enforcement arm of sexism: The way that men and women alike enforce gender norms, often violently. If this sounds dull or abstract, let me reassure you, it is not. Manne gives us the language and framework to understand and talk about why we still don’t have a woman president, the global epidemic of violence against women, and how far we still have to go on the road to gender equality.

Sociologist at the University of Virginia and the author of Visions of Empire: How Five Imperial Regimes Shaped the World

Bayly’s 2004 book, The Birth of the Modern World, 1780-1914, was a pathbreaking, dazzling global account of the origins of modernity. Bayly died unexpectedly in 2015, but had already finished this manuscript, which was published after his death. This book, Remaking the Modern World, is a worthy successor to his first. Clearly and elegantly written, it pays as much attention to the East as to the West, the South as much as the North, ranging across the whole of world history from the early 19th century to the present. Including accounts of intellectual and artistic developments as well as political and social ones, it is a great achievement and a worthy testament to a great historian.

Associate professor of media, culture, and communication at New York University and author of Bright Signals: A History of Color Television

In his new book, Hush: Media and Sonic Self-Control, Mack Hagood explores the way that specific sound control devices—such as noise-canceling headphones and white-noise machines—have been used to modulate our environment, manage our relationships to others, and/or to help us engage in particular forms of self-care or self-regulation. These forms of “orphic media,” as Hagood calls them, promise to hush the racket and carve out personal contemplative space within our modern, information-saturated world. Yet, their use (and this book) reveal the contradictions and impossibilities of rising above the din.

Visiting Lecturer at the University of Nevada, Las Vegas, and journalist for the New Yorker and New York Times Magazine

Alice Bolin’s Dead Girls: Essays on Surviving an American Obsession is a brilliant, erudite, prodigiously researched, and elegantly written exploration of our cultural obsession with narratives of murdered and abused young women. The book deftly braids together memoir and cultural criticism to explore how books, television shows, and movies create and propound myths that shape, and often warp, our reality.

Several of the essays grow out of her childhood in Moscow, Idaho, and her lost years in Los Angeles: the book is thus a meditation on place, but Bolin is interested in the neighborhoods, people, and ideas that usually get ignored. She writes about the “paradox of the perfect victim”—the fact that dead white girls tend to elide the deaths of the nonwhite, poor, disabled, or queer. “All great nonfiction writers examine how the coherence we expect from storytelling is incompatible with the contradictions and competing truths of real life,” she notes. This is true of Baldwin, of Didion, of Janet Malcolm; it’s also true of Bolin.

Educated: A Memoir by Tara Westover is a memoir of a girl who grew up in and ultimately escaped from a family of survivalists living in the mountains of Idaho. The book offers a fascinating and terrifying view into a life that is hard to imagine. But despite this, it is an inspiring story that highlights what can come out of an individual’s strength, intelligence, and determination.

BIASED: UNCOVERING THE HIDDEN PREJUDICE THAT SHAPES WHAT WE SEE, THINK, AND DO

The science of Biased: Uncovering the Hidden Prejudice That Shapes What We See, Think, and Do is fascinating. But it is the personal stories, from humorous to heartbreaking, that prod readers to examine our own hearts and minds. Social psychologist Jennifer Eberhardt—a Stanford professor and MacArthur “genius”—explains how our brain’s wiring conspires with demeaning cultural motifs to poison our thinking. Bias isn’t only the province of bigots; we’re all apt to rely reflexively on unconscious stereotypes, especially when we’re tired, stressed, angry, or scared. This book aims to help us recognize and rewind that.

THE BACK CHANNEL: A MEMOIR OF AMERICAN DIPLOMACY AND THE CASE FOR ITS RENEWAL

NOT FOR THE FAINT OF HEART: LESSONS IN COURAGE, POWER, AND PERSISTENCE

Burns, now the president of the Carnegie Endowment for International Peace, was a career foreign service officer and former deputy secretary of state who also served as ambassador to Russia and Jordan; Sherman, who heads the Center for Public Leadership at Harvard’s John F. Kennedy School, came to national security policy as a political appointee who served as counselor to Secretary of State Madeleine Albright, special adviser to President Bill Clinton, and the first woman under secretary of state for political affairs under President Barack Obama. In addition to helping manage U.S.-Russia relations during the Cold War and afterwards, Burns led the back channel that opened the Obama administration’s door to nuclear negotiations with Iran. Sherman, who negotiated with North Korea on its nuclear and missile programs during the Clinton administration, led the team that actually secured the 2015 nuclear deal with Iran that President Trump has now abandoned.

Burns’ book is heavier on policy analysis—making the case for a renewed focus on diplomacy; Sherman’s includes more personal reflections on what it takes for a woman to succeed in the pressure cooker national security world and how those lessons can apply to ordinary life. Both were much-rumored as potential secretaries of state if Hillary Clinton had won the White House. Their names could well surface again after the 2020 election is decided.

Folklorist, editor of the Urdu Thesaurus, and author of the novel Between Clay and Dust.

In this sophisticated biography, Robert Irwin turns to the 14th century Arab historian and polymath Ibn Khaldun who described the laws of history in the Muqaddima, or Prolegomena. These laws show the formation, development, and social course of a society as a cycle, repeated as new societies replace the old ones upon their decline. In his preface, Irwin questions the relevance of some of Ibn Khaldun’s theories about tribal loyalty in the globalized, digitized world. But he later answers those questions himself, while comparing how Ibn Khaldun and Edward Gibbon presented barbarism and religion. Ibn Khaldun saw them as the sources of empire; Gibbon presented them as the reasons for their decline and fall. With the world today increasingly stoked by xenophobia, and religion again playing a facilitating role, our globalized society could look for answers in Ibn Khaldun’s thinking.