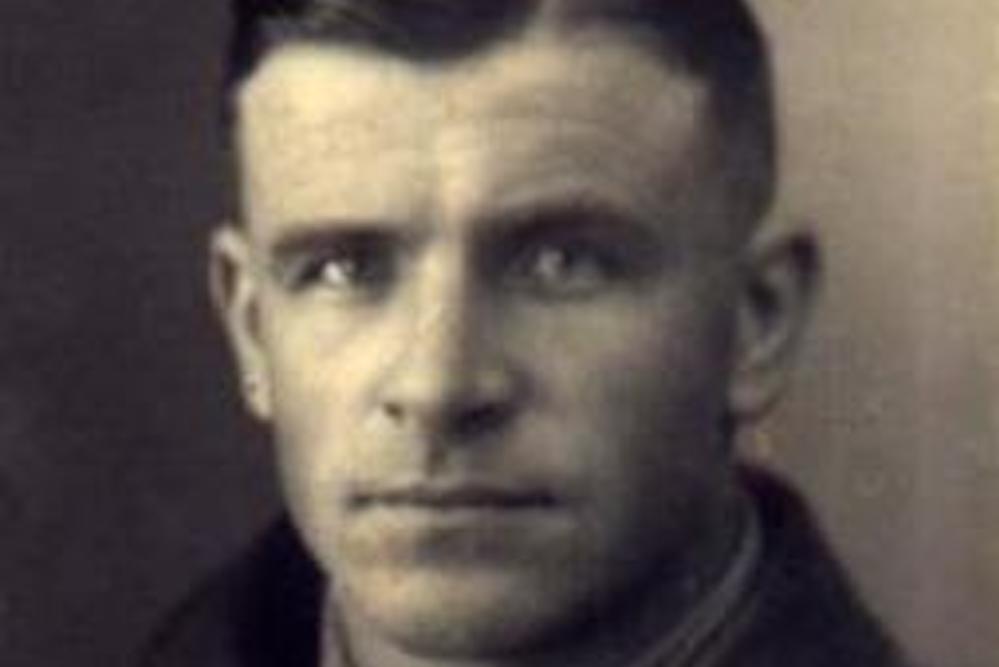 When is a hero not really a hero? When a country resurrects a tainted figure to serve the needs of a new national mythology. Consider the case of Latvian national hero Herberts Cukurs and his role in the Holocaust.

At the end of World War I, aviator Cukurs fought alongside other Latvians for independence from the Russian Empire. He earned fame after building a single-engine plane, flying it to Gambia in the 1930s, and winning an international aviation prize.

But Cukurs’s celebrity shifted to notoriety in World War II, when he allied himself with Germany, which occupied Latvian territory in July 1941. He joined the Arajs Commando, a paramilitary killing unit composed of Latvian volunteers under Nazi direction. Some historians believe the Arajs Commando was responsible for the murder of as many as 60,000 Jews in and outside Latvia.

After the war, Cukurs escaped the Allied zone in Europe and landed in South America; he was assassinated in Uruguay in 1965 by the Israeli Mossad. He has subsequently enjoyed some rehabilitation in Latvia. In 2014, a musical entitled Cukurs. Herberts Cukurs debuted in his hometown of Liepāja. The musical offered viewers a question—Hero or Murderer?—but the answer was hardly ambiguous. Cukurs was presented as a courageous aviator and unfortunate victim of the chaos and violence of World War II.

Like the ghosts of popular imagination, ghost heroes are made real through the telling of stories, but they are as much myth as reality.

Cukurs is only one example of a troubling and puzzling phenomenon: The revival in Central and Eastern Europe of historical figures who had been previously discredited by their ties to Holocaust crimes. In the quarter century since the end of communism in this region, states and societies have endeavored to “normalize” the past, reviving events and actors erased from communist-era histories. On the one hand, this process has brought to light important cultural, social, and political figures who were marginalized because they did not fit into the ideology of Soviet communism. On the other hand, it has animated a cast of “heroes” whose moral and legal transgressions have been sanitized.

And it gives rise to another question: Why would post-communist societies that in recent decades embraced democratic institutions and free market capitalism in their quest to “return to Europe” choose to elevate countrymen implicated in Holocaust atrocities ?

In fact, Herberts Cukurs sits among a pantheon of Nazi collaborators revealed and revived in the postcommunist period. In Romania, there have been efforts to rehabilitate the memory of Marshal Ion Antonescu, the country’s Nazi-allied leader during World War II. Antonescu oversaw the deportation of hundreds of thousands of Jews and Roma to ghettoes in Transnistria, where many perished from violence, disease, and hunger. In Ukraine, members of the Organization of Ukrainian Nationalists (OUN), like Stepan Bandera, are hailed by nationalists as heroes, though the OUN has been implicated in mass killings of Poles, Jews, and Roma. The recent case of Lithuanian anti-communist hero, Jonas Noreika, whose name adorns a school and commemorative plaque in his hometown of Sukioniai, is also pertinent. Though Noreika was suspected by some of collaboration with the Nazis, those suspicions were largely discounted in Lithuania as Russian propaganda seeking to smear his memory. Yet Noreika’s granddaughter, a Chicago journalist, has uncovered evidence that shows his complicity.

As sociologists studying Central and Eastern Europe, we created the term “ghost hero,” to frame what we had come to recognize as a common practice in postcommunist societies. “Ghost heroes,” are historical figures whose past has been cleansed of significant transgressions. Like the ghosts of popular imagination, ghost heroes are made real through the telling of stories, but they are as much myth as reality. Anthropologist Bronislaw Malinowski suggests that myths are stories with social functions: “Myth, taken as a whole, cannot be a sober dispassionate history, since it is always made ad hoc to fulfill a certain sociological function, to glorify a certain group, or to justify an anomalous status.” The ghost hero’s function is to reframe national history and offer vindication for Holocaust horrors attributed to his country.

The ghost hero is an actor in a carefully scripted history. Control over the story of the past is a form of power that is not equally exercised: It is constructed by academics and cultural figures, interest groups like veterans or nationalists, and states and political actors with a stake in managing historical narratives. Perhaps paradoxically, ghost heroes often appear in historical stories as victims.

In Central and Eastern Europe, according to anthropologist Katherine Verdery, nearly all national ideologies “emphasize ideas about suffering and victimhood,” and populations ravaged by decades of communist rule after World War II do not easily share the mantle of victimhood with Jewish communities nearly wiped out by Nazis and local collaborators between 1941 and 1944. In Romania, for instance, Antonescu, who was executed after being convicted by a postwar Soviet tribunal, has been hailed by nationalists for saving Jews, since he did not order deportations of those living in the Old Kingdom of Romania. Antonescu is also portrayed as a staunch defender of his nation because he warned against the ills of communism.

The Cukurs musical is a microcosm of this story of ostensible victimhood. In one scene, Cukurs protectively clutches a young Jewish boy as the audience hears the child’s father being shot by Nazis behind the curtain. In another scene, the cast surrounds Cukurs, whispering “murderer, murderer.” In response, he sings a fervent appeal to God, questioning the “justice” of his violent end.

The ghost hero also fulfills the desire of postcommunist states to maintain control over the narrative of the past, particularly as Western Europe moves toward a unified account of Holocaust history. In the communist period, the Soviets crafted a story that highlighted the USSR as a heroic liberator of Europe from fascism, and Germany as the architect of atrocity. This history downplayed the role of other state collaborators and obscured the ethnicities of victims, including Jews and Roma. After the fall of communism beginning in 1989, Western states used political entities like the European Union to signal that acceptance into “Europe” was conditional in part on the acceptance of a new historical narrative.

This new narrative highlighted the culpability of Central and Eastern Europe, where most Holocaust victims had lived. Commemoration and education were prescribed, supported through groups like the Organization for Security and Co-operation in Europe. Less space was granted by Western Europe to researching and commemorating the trauma of communism, a choice that negatively affected the reception of the new Holocaust narrative.

Ghost heroes allow states and societies to avoid a difficult reckoning with history, suggesting that victim status in one setting eclipses responsibility as perpetrators in another.

One way to uphold national histories and mark local sufferings has been to segregate Holocaust history—and sometimes to ignore it. In Romania, for instance, state-issued textbooks largely skim over the country’s participation in the Holocaust. The ghost hero embodies a way that postcommunist states would like history to be remembered—or forgotten—even if agents of the state do not take action to elevate the ghost hero.

The ghost hero also embodies the repudiation of demands for restitution by Jewish victims and their descendants and communities. Germany has paid out significant restitution to victims of the Holocaust. Claims have also been made against the now-independent postcommunist states in territories like Romania and Latvia, where Jewish communities were largely annihilated. While mass killings took place under Nazi direction, the identification of Jewish families and the murder by bullets or deportation of these communities could not have happened without local collaborators. If, however, significant numbers of inhabitants do not acknowledge that some of their fellow citizens participated in Nazi atrocities—that victims of Soviet communism may also be victimizers of Jewish and Roma communities—then restitution remains unlikely.

Ghost heroes allow states and societies to avoid a difficult reckoning with history, suggesting that victim status in one setting eclipses responsibility as perpetrators in another. Of course, many East and Central Europeans recognize the need to remember history accurately and honor murdered communities. But for those who are not ready to do so, ghost heroes offer a way to selectively filter history. Given the rise of populism and nationalism in the region, the ghost hero is unlikely to vanish anytime soon.