Joe Rocco is a New Yorker who now lives in Los Angeles. As a boy, he drew constantly, inspired by his heroes—cartoonists like Charles Addams, Gary Panter, Buddy Hickerson, and Georganne Deen. After many years of cartooning, both for TV and print, he is now working on his comic strips “Fluffer and Nutter” and “Enquiring Minds.”

Each of Joe’s illustrations for Zócalo can be understood as a freeze-frame from a 1940s animated short. Look at the swamp scene, for example: Will that frog jump on the alligator to get to the dragonfly? Are the gator and the dragonfly secretly a team, luring the frog to its doom? Does the tail of the gator actually belong to another gator? What adventures await the pigtailed hiker in a desert full of peril? Elegant but intense colors make each scene vibrate on the page and invite the viewer to press play. 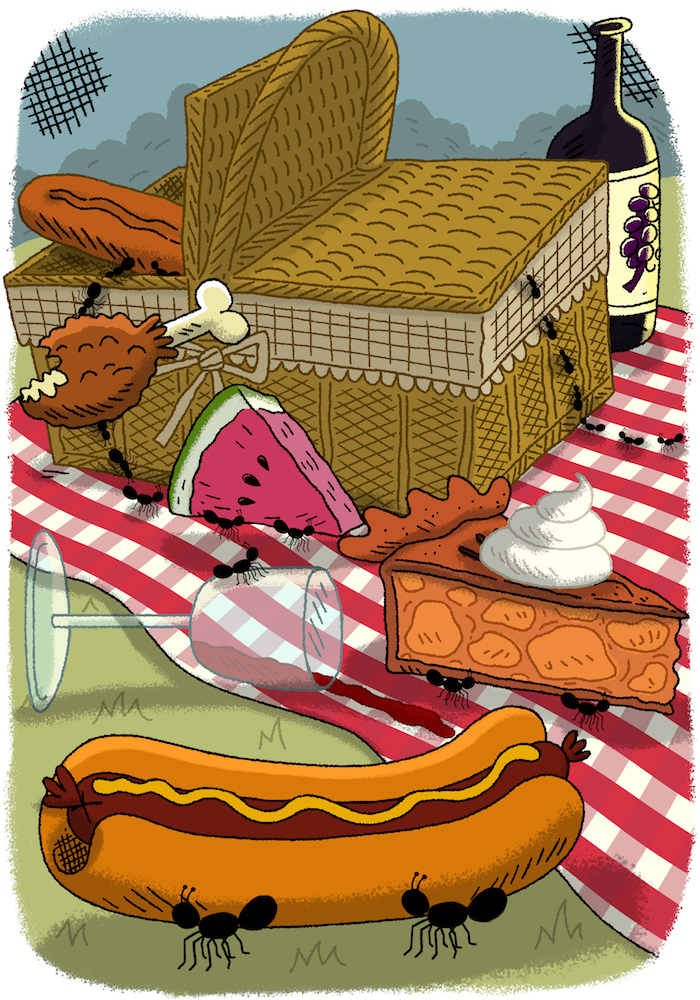 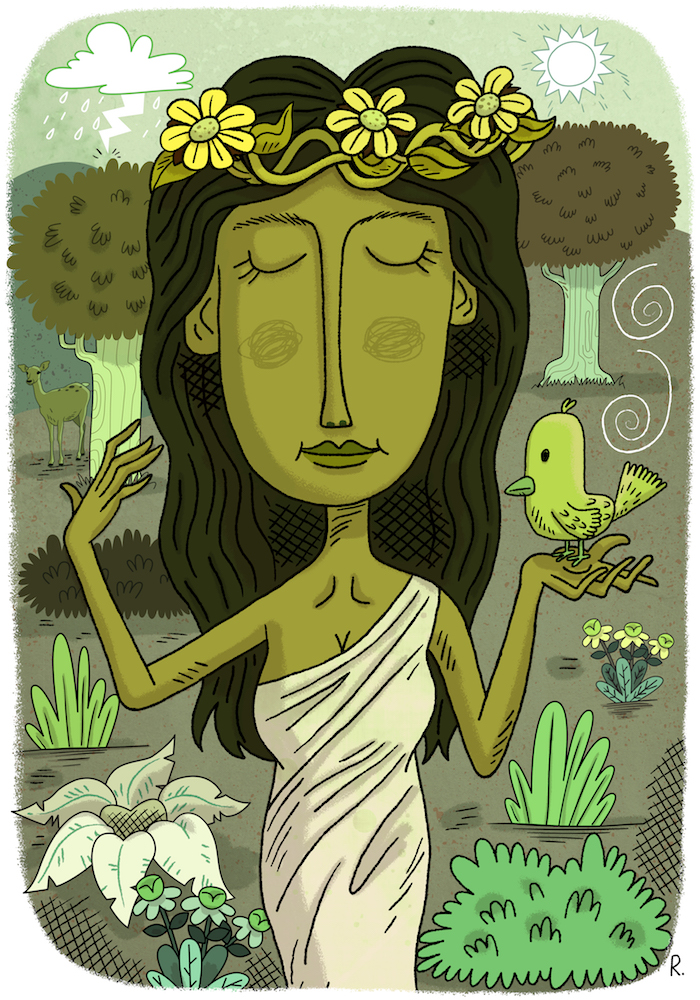