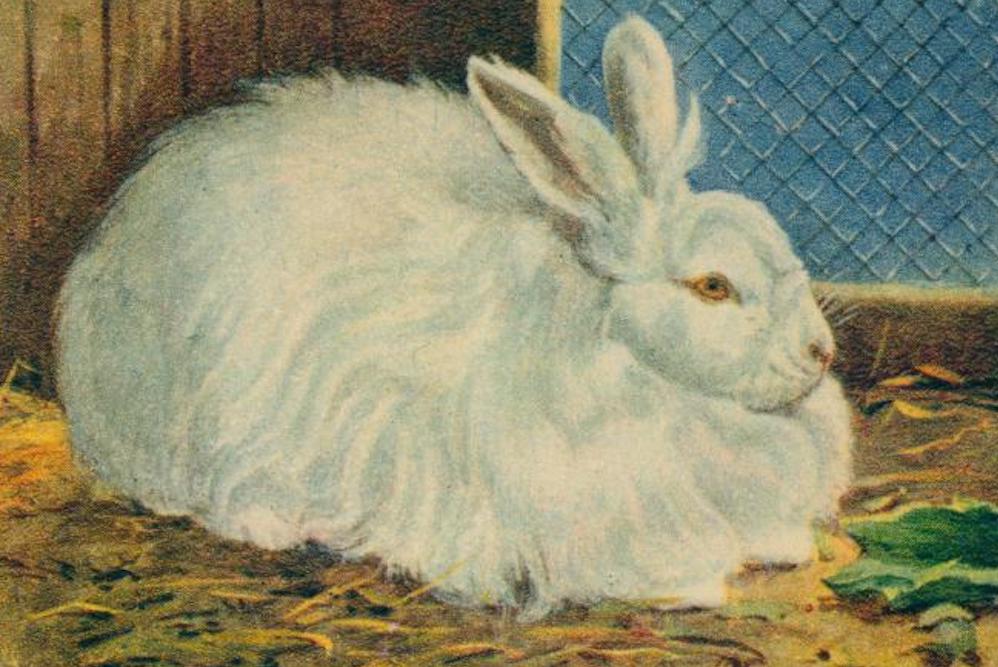 Image of an Angora rabbit on a cigarette card. Courtesy of the New York Public Library.

I recalled for the therapist a rabbit skin I bought
At summer camp, at the camp trading post,
When I was nine or ten using cash my parents
Sent with me my first trip away from home.
I waited a long time to get the rabbit skin,
Waited in line a long time for the popular item,
The most popular item for sale, and in the rush
Once it was my turn I bought a rabbit skin
That was worn away in a not insignificant patch
I discovered later. I didn’t return it.
I should have known better. The therapist noted that:
That I said I should have known better.
That I recall it so vividly still, the rush I felt, feel still,
Of disappointment, wishing I’d done something then
About the defective thing I paid good money for,
Not wanting the other kids at camp to know it.
But you were nine, maybe ten, he said.
I was sitting on a large, cream-colored couch.
My therapist sat across from me, a wall-sized
Painting behind him that was either abstract or a picture
Of a desiccated city. I have never been able to tell.
How many rabbit skins had you bought before
You bought this one? Maybe all are worn away
Like this, maybe all were flawed when sold,
These pelts. You were nine or ten. It is okay
To know you shouldn’t have known better.