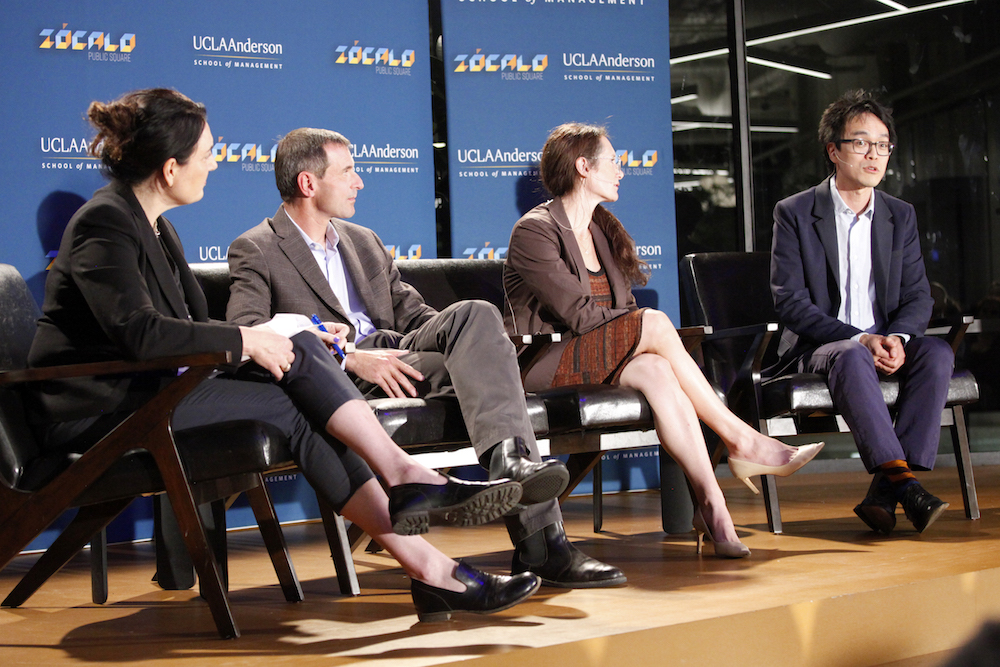 If you consider only the names on our ballots and the voices on cable news, answering the question posed by this Zócalo/UCLA Anderson School of Management event is easy. “Is Politics Really Tearing America Apart?” Of course it is.

But, according to three scholars who spoke to a large crowd at Cross Campus DTLA, if you talk to Americans themselves, a more nuanced answer emerges.

We think we can predict someone’s point of view on social issues like marijuana legalization, gay rights, and free speech based on their political party, but in fact “in response to social questions you often see a higher level of in-group diversity than you’d expect,” said UCLA Anderson economist Romain Wacziarg.

University of Arizona political scientist Samara Klar concurred. “The vast majority of both Democrats and Republicans identify as moderates,” she said. In fact, they are happy to spend time with people from the opposing party. The only caveat: as long as those people aren’t interested in talking about politics.

But, asked the evening’s moderator, KCRW “Press Play” host Madeleine Brand, aren’t people more engaged now than they were before our most recent presidential election?

Klar said that while there has been an increase in grassroots activism, people aren’t talking and arguing more about politics with friends than they did previously.

That is borne out by the research of UCLA Anderson behavioral economist M. Keith Chen. By tracking the locations of people’s smartphones, he studied the length of Thanksgiving dinners in 2015 and in 2016, just two weeks after the election. On average, the dinners of families with split political beliefs were 47 minutes shorter in 2016 than 2015. That number was higher in markets that had been inundated with political advertising. “At least in these salient moments, politics can have a very corrosive effect, especially on things you wouldn’t have thought, like family relationships,” he said.

But even if most citizens are more in agreement than we think, politicians are espousing more polarized views than ever. “Congresspeople themselves tend to vastly overestimate how ideological their constituents are. The media aren’t fabricating polarization for ratings,” Klar said. “The media are reporting on the polarization in Congress.”

Wacziarg said that what we perceive to be growing polarization is in fact people refusing to participate in the existing animosity. “There is a big chunk of people that don’t want to basically become part of the polarized debate,” he said.

Are we polarizing in other areas, then? Brand asked the panelists about the gender divide, and about the blue coasts versus the flyover red states.

Wacziarg researches divides in 11 areas, including income level and geography, and finds that “gender is the one where you can least predict someone’s values on social issues,” he said. The most predictive has traditionally been education level, and political party and religion are rising. But all of these differences “only explain a small fraction in the variation of what people actually believe,” he said. He added that even the red states versus blue states divide is “just not very big” when it comes to many questions, including free speech. It’s the divisive questions that make headlines. “It’s not interesting to report that everyone agrees that a communist should be able to give a speech in public,” he said.

But even if most citizens are more in agreement than we think, politicians are espousing more polarized views than ever. “Congresspeople themselves tend to vastly overestimate how ideological their constituents are. The media aren’t fabricating polarization for ratings,” Klar said. “The media are reporting on the polarization in Congress.” In our everyday lives, we get along with people from both sides of the divide, but we’re electing Democrats who are much more liberal than they used to be and Republicans who are much more conservative than they used to be.

So why are we electing them?

“It comes down to money,” said Klar.

Wacziarg also pointed to gerrymandering and the primary system as reasons why more polarized candidates are more likely to get elected.

“All of the evidence suggests Americans are less polarized than we think when it comes to beliefs,” said Chen. “For some reason in this one action, voting … we are more polarized than we’ve been for the last 50 years.” That holds true even for non-gerrymandered areas. It’s not just because we’re sorting ourselves with people like us; people don’t move houses quickly enough for that to occur. “It suggests that maybe the political parties themselves, the candidates themselves, are getting better at sorting out exactly how to match the people they’re appealing to, their local voters. And parties are getting better at that,” he said.

Brand asked if perhaps the fracturing of the media has contributed to voting polarization.

Chen pointed to research he has done on “hurricane trutherism”: for people in states like Florida and the Carolinas, “whether or not you believe hurricanes are relatively severe has become a partisan issue.” In 2017, with Hurricane Irma looming and Florida under evacuation orders, Rush Limbaugh predicted that it wasn’t going to hit the state. Subsequently, there was an 11-point wedge between Republicans and Democrats in their willingness to evacuate.

How did climate change become polarized?

Belief in conspiracy theories breaks down along party lines, said Klar, with one notable bipartisan exception: the anti-vaccine movement.

Wacziarg also pointed to the rise of populism and a general distrust in “elite opinion.” When it comes to climate change, “the solutions are very technocratic and require a very top-down political decision driven by scientists. It’s the typical kind of issue against which you’d have populist backlash,” he said.

Wacziarg and Chen agreed that right-wing populism is growing around the world in a manner that seems unprecedented. But Klar pointed out that in the 2016 election, only 30 percent of Americans supported President Donald Trump. “I’m not sure if we can say we’re in a populist trend right now,” she said, adding that 30,000 voters could have elected the first woman president on Barack Obama’s heels.

Brand asked how much technology and isolation are contributing to polarization, or at least to people choosing not to participate in civic life.

“All of us have a feeling that you can no longer be on Twitter if you don’t want to think about politics,” said Chen.

Yet “most people are not posting political content,” said Klar. “Most people are just there to read.” She said that only 3 percent of Facebook users post their ideological information on their profiles.

Wacziarg said the role of social media in polarization is inconclusive, but that cable news has been a much more divisive force.

Is that division all bad? It often leads to policy gridlock, said Wacziarg, which might be better than either extreme gaining more power.

The most damaging part of polarization, said Chen, is when the party that has come to power governs only for the people who put them in power. It’s a phenomenon we’ve seen recently in Turkey, India, and Brazil, and it’s degrading. “I think of that as one of the most worrying trends,” he said.

In the question-and-answer session, audience members asked about the effects of recent phenomena on our divisions.

Are we frustrated with a system rife with inequalities, and taking it out on each other?

“I think a lot of frustration has to do with the structure of the political system,” said Klar, and how people feel about “the elites themselves.” 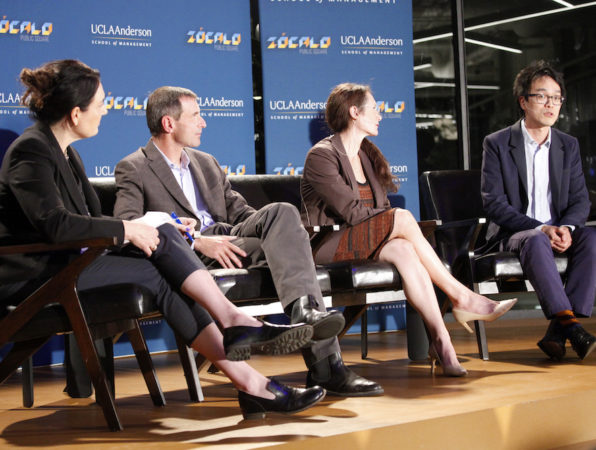 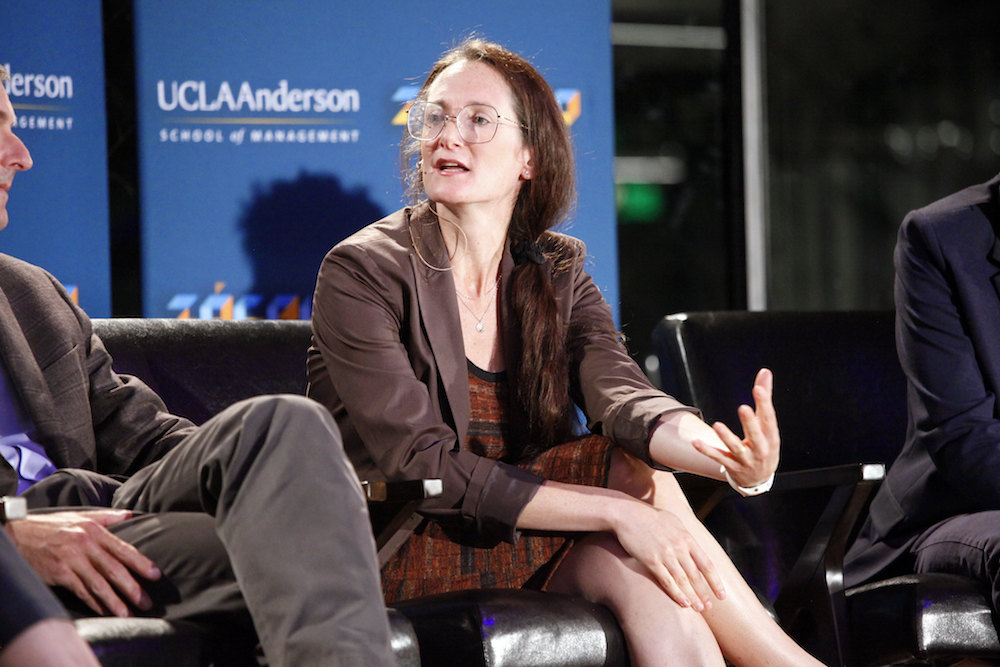 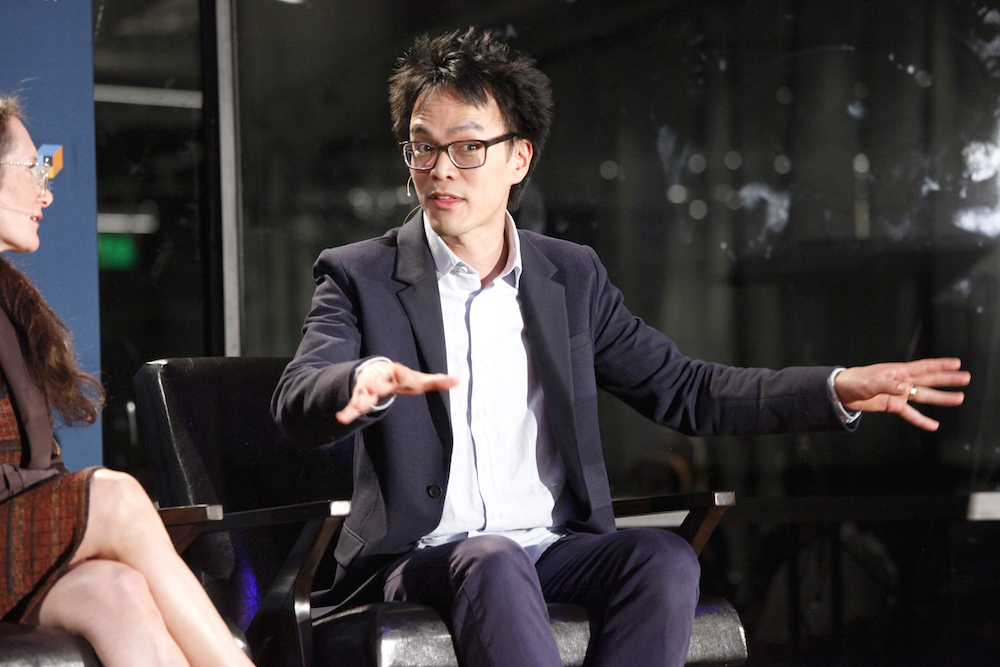 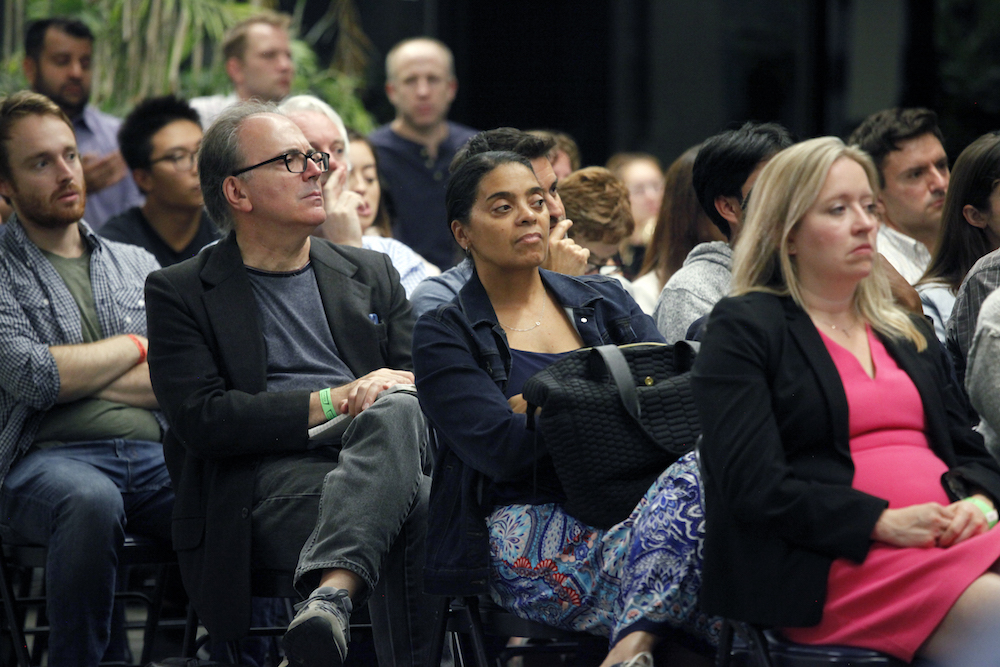 A full house at Cross Campus in downtown Los Angeles 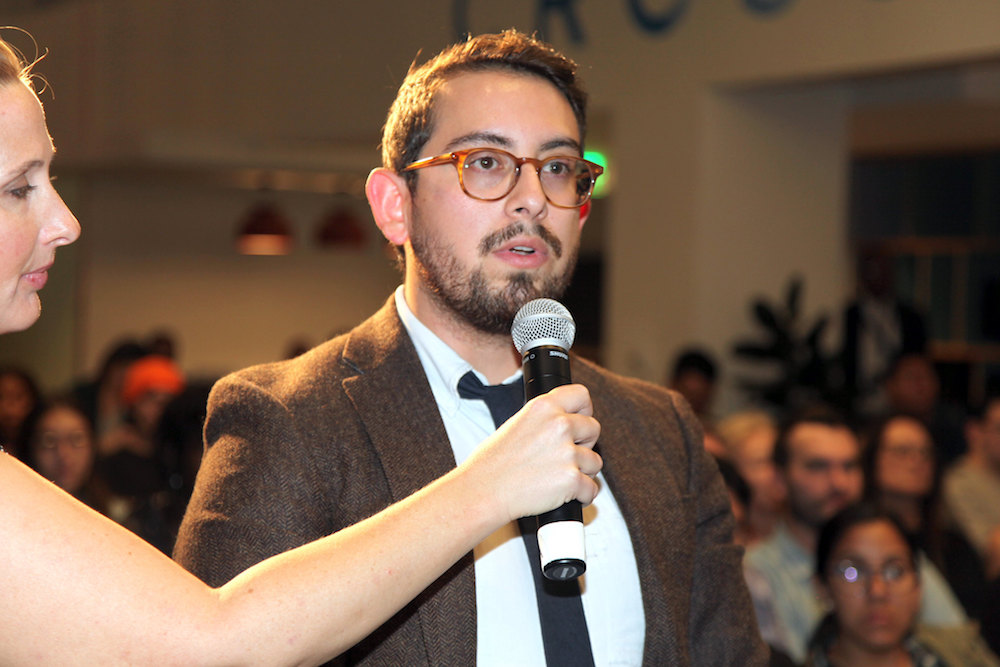 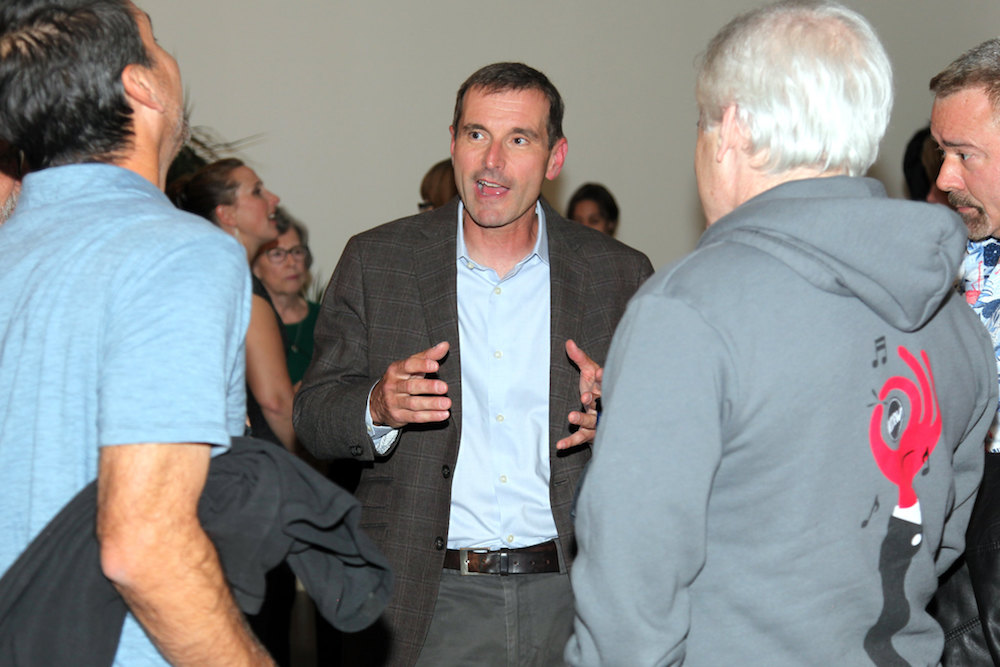