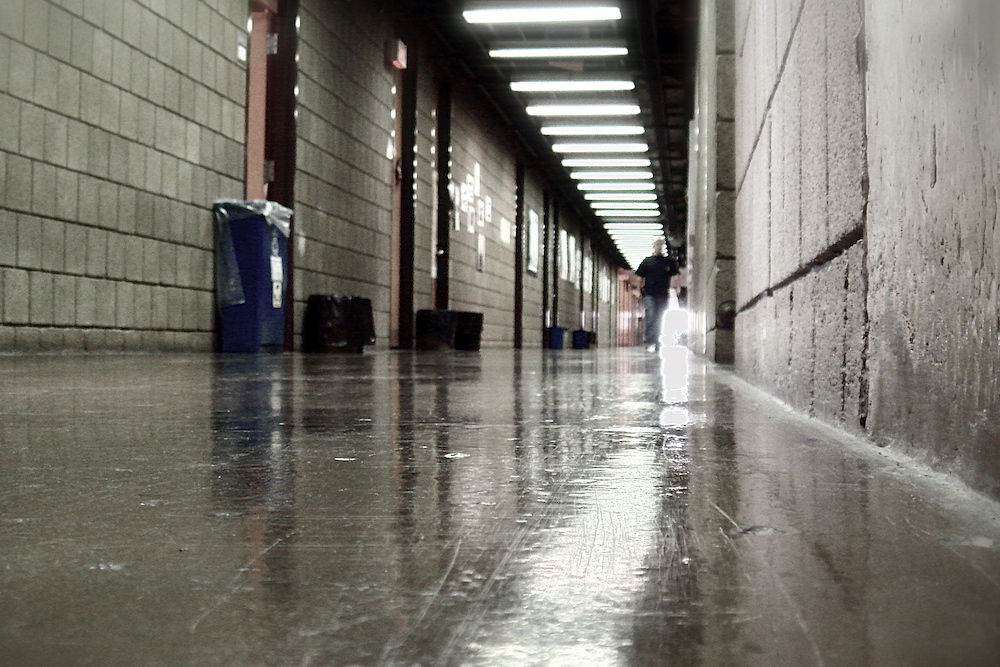 "These vague industrial spaces with safety doors …" Courtesy of mackproject/flickr.

The hallways lead through the belly of
hospital, hotel, laundry service, nowhere.
These vague industrial spaces with safety doors

identify the woman I hold forward in a tired
photograph. A few more corridors and I can find
only steamy pots of bleach or stew abandoned

by immigrants dispersing through other doors.
I know this woman was from across wars, capsized
rafts and droughts and more wars and I,

with my sweat and smells, broken nails,
and stained teeth, well, it’s a kind of
devotion which summoned me to this journey.

In this, my country, we lay a body down on a bed,
in a white nightdress, a blanket and a pillow
for her head, for the family to weep and to

identify and later the newspapers have to say
they were wrong, you were not a prostitute or
addict. The message still: you didn’t belong.