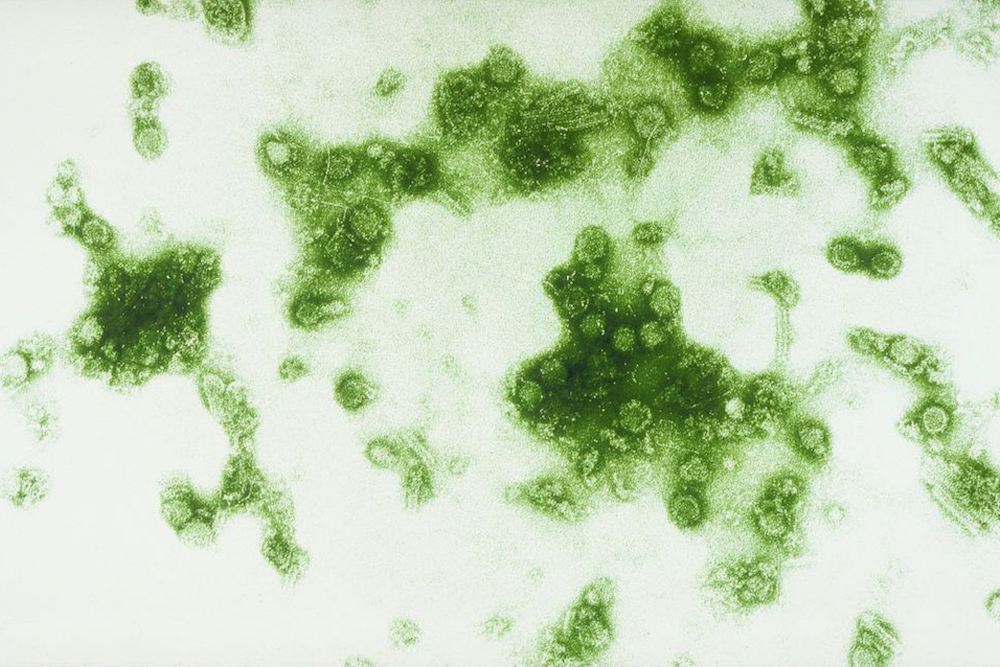 Dengue virus, or flavivirus, as seen through an electron microscope. Courtesy of Sanofi Pasteur/Institut Pasteur/flickr.

There’s nothing more American than blaming empty space for a giant virus of its own making. Curiosity killed the clotted doctor, and kindness the rest. Really, it’s always children and the elderly who suffer most. If you squint, the satellite’s just a distant moth, as antiseptic as silver iodine. If you’ve never been, know the evening’s cold, even in New Mexico. Even heat tries to escape the cage you’ve built for it. That’s life: there’s a bomb scheduled to go off, or a bomb, long ticked down. There’s a conversation about something like rubber; something like glue. Green, if we must ascribe a hue. New, in that way the high desert seems to sunset frown; nuclear Nevada, caught in some bird’s alkaline down. If you’re searching for something foreign, it’s probably you. The thing about the end of the world is: it’s just so damn spectacular. We imagine a country with wildfire in name only. A place of acids and bases; this entirely non-reactive regime. There’s something here, just beneath the surface. A distant daughter of night and darkness. They always argue, she tells us. Each evening, without fail, their screaming blocks our view.