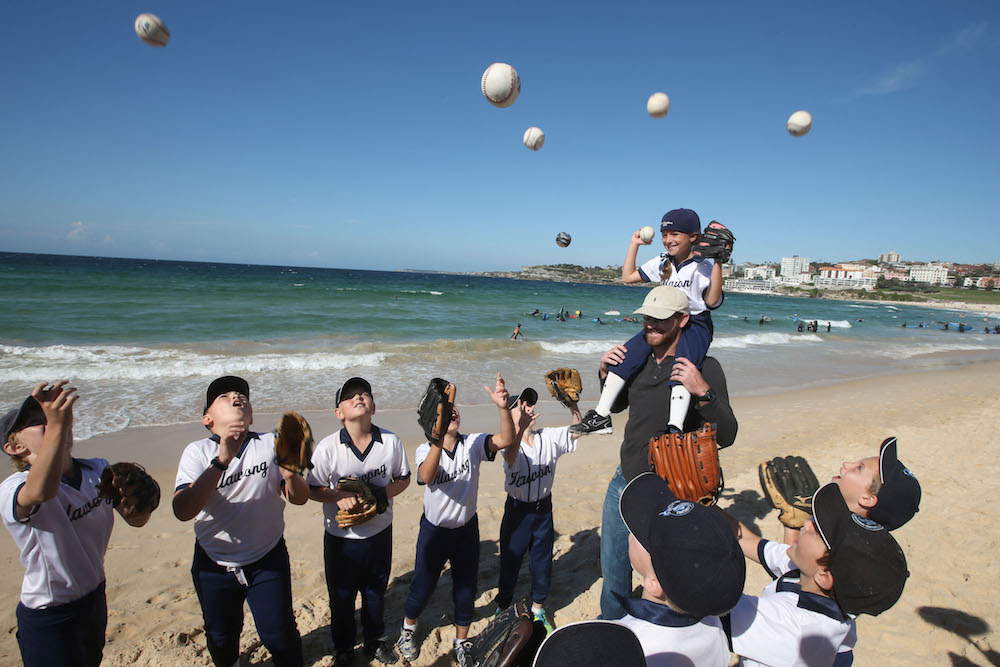 California has failed to contain the excesses of its technology executives. But Californians have made progress in curbing the worst impulses of another group of would-be dictators: Little League coaches.

For the past two decades, Silicon Valley has been the headquarters for a national nonprofit, the Positive Coaching Alliance, that is changing how youth sports are coached. Based in Mountain View, Positive Coaching Alliance has synthesized research—much of it with Stanford roots—in everything from business leadership and marriage counseling to physiology and organizational psychology into a uniquely Californian philosophy of “relentless positivity.”

As a longtime coach in Little League, one of hundreds of youth sports organizations that partner with the Positive Coaching Alliance, I’ve incorporated much wisdom from the organization’s workshops. I’ve found myself wondering how its lessons might be applied to human enterprises that might be more important than your kid’s baseball team.

At the center of Positive Coaching Alliance is founder Jim Thompson, a man distinguished not only by his accomplishments, but also by his unusual embrace of the benefits of error. Thompson led Stanford’s program for non-profit business management, and is also a founding board member of Recovery Café San Jose, which serves homeless individuals. Thompson advises youth coaches to encourage their players to make mistakes, so that they can learn more from sports experiences.

In his books, Thompson describes the Positive Coaching Alliance as the product of lessons he learned from a lifetime of mistakes. Raised in North Dakota, as a young man he took a job at a Minnesota school for emotionally disturbed children whose behaviors could not be contained in mainstream classrooms. While Thompson first tried to control their negative behavior, he learned that the kids did better when he ignored it, and instead relentlessly reinforced positive behavior. Eventually, the positive crowded out the negative.

He later switched from teaching to business, ending up at Stanford’s business school. When he coached his own son in youth basketball around Palo Alto, he was stunned at how negative the atmosphere was. He succeeded with more positive methods, and—this being Silicon Valley—in 1998, he started the nonprofit Positive Coaching Alliance to develop and spread his vision further.

Thompson wanted Positive Coaching’s methods to be grounded in research, and he was drawn to the work of Stanford psychologist Carol Dweck, best known for identifying the concept of the “growth mindset.” Dweck found that students who understood that their effort could make them stronger were more resilient after setbacks—and then went on to achieve more. That finding is one reason why Positive Coaching emphasizes praising players for effort, rather than talent.

Thompson has a gift for distilling complex ideas into rules for coaches—the most useful of which is the 5-to-1 ratio. I follow it in my own coaching: you should make five positive comments for every constructive criticism you offer.

Thompson fused Dweck’s insights with research from other Stanford faculty members. Psychologist Albert Bandura’s work on self-efficacy and self-control influences Positive Coaching’s guidance on giving players a strong voice in team decisions. The work of William Damon, of Stanford’s Center on Adolescence, is reflected in Positive Coaching’s emphasis on helping kids find a larger purpose through sports. Beyond Palo Alto, Positive Coaching has also drawn on the work of Harvard Medical School bullying researcher William Pollack, and of Harvard education professor Howard Gardner, whose theory of multiple intelligences shapes the advice that different kids should be coached in different ways.

If the spirit of Positive Coaching can be distilled into one phrase, it’s that failure should be met with positivity. “We pay a heavy price for our fear of failure,” wrote the late John Gardner, a former U.S. Secretary of Health, Education and Welfare who supported Positive Coaching (and also founded Common Cause). “It is a powerful obstacle to growth. It assures the progressive narrowing of the personality and prevents exploration and experimentation. There is no learning without some difficulty and fumbling. If you want to keep on learning, you must keep on risking failure all your life.”

Thompson has a gift for distilling complex ideas into rules for coaches—the most useful of which is the 5-to-1 ratio. I follow it in my own coaching: You should make five positive comments for every constructive criticism you offer. The 5-to-1 ratio is rooted in longitudinal studies of couples by UC Berkeley’s Robert Levenson and the University of Washington’s John Gottman, who found that a similar mix of positive and negative interactions was associated with the most stable marriages.

The Positive Coaching method is not as touchy-feely as it may sound. Thompson is fine with playing to win, and he doesn’t object to coaches’ yelling—as long as it’s done with a positive tone, and as part of a positive relationship with players. He quotes the fiery former USC football coach John Robinson: “I never criticize a player until I’m convinced he knows that I believe in him.”

Positive Coaching took off over the past decade, as pro sports leagues and coaches—among them Phil Jackson, Steve Kerr, and Bruce Bochy—embraced it. The organization also created local chapters so that it isn’t run entirely from the Bay Area. But it remains very Californian, in its sunny devotion to new ideas, its self-help-style branding (Positive Coaching has trademarked the phrases “Double-Goal Coach” and “Triple-Impact Competitor”), and its encouragement of risk-taking.

As a coach, I like how the 5-to-1 forces me to be more careful in delivering praise and criticism. And I’ve learned to be more positive after mistakes in fielding, hitting, and pitching.

But, when I spoke to Thompson recently, I confessed a failing: I still criticize kids loudly when they jog around the bases, instead of running as hard as they can. I find that lack of effort infuriating.

In response, Thompson suggested I experiment with “positive charting.” Don’t respond when someone loafs on the bases; instead keep a chart who runs hard and who doesn’t and then offer praise or other rewards to those who run hard. Having been positively coached by Thompson, I will try his idea when the Little League season starts up this March.

Thompson himself is still growing, in ways that should remind us that youth sports are about more than games. He recently gave up leadership of Positive Coaching and was succeeded by the head of US Youth Soccer. He wants to devote more time to writing about climate change and how children might be better prepared for it.

“The world that these kids are going to grow up into is going to be much harsher than the world we grew up in,” he says. “We need to use sports to develop people of character who can be leaders in that world.”