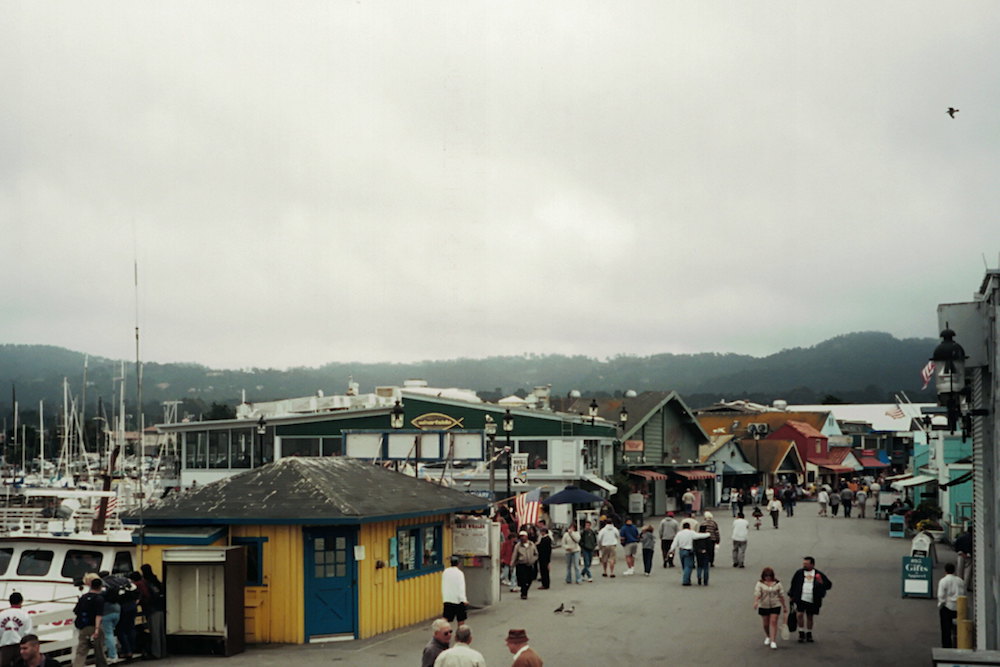 Monterey turns 250 years old next month. And the rest of the state should claim the date as its birthday too.

California is an orphan of a state, and Monterey’s beginnings are the closest thing we have to a birth story. Admission Day—September 9, 1850, when California became an American state—doesn’t really amount to a birthday, since California was a province of two other countries, Spain and Mexico, long before that. Other birthday options are problematic, too. We can’t know the exact day, thousands of years ago, when native peoples arrived. And 16th- and early 17th-century Europeans (like Sebastián Vizcaíno, who gave Monterey its name) didn’t stick around long enough to establish much.

So the closest thing we have to a moment of birth is probably June 3, 1770. On that day, Junípero Serra, California’s controversial and cruel saint, held Mass and Spanish military Capt. Gaspar de Portolá planted the Spanish colors in Monterey, which would become California’s first capital—and most enduring place.

A quarter-millennium later, Monterey, for all its rough history, is often dismissed as too precious, and too much a place apart. But the same has been said about California. Indeed, the peninsula city—by serving both as a hideaway enclave and an open door to the world’s diverse peoples—has become an emblem of the state.

Indeed, Monterey has a special ability to keep its past alive and connect its story to California’s future.

The famous—and famously brutal—mission system began in San Diego in 1769, but Monterey’s mission, at Carmel, would become the headquarters. In 1776, Spain declared Monterey the capital of its Alta California colony—inspiring the creation of other Spanish settlements in the late 18th century, including San Jose and Los Angeles.

Monterey survived a brief 1818 attack from—of all countries—the newly independent Argentina (its revolutionaries burned the presidio, stole what they could, and left). The Mexican government took over from Spain in 1822, and Monterey remained the provincial capital. Mexico also designated Monterey an official port of entry, making it a center of trade and commerce and California’s first “front door,” according to the late local historian J.D. Conway.

In that role, Monterey changed the world’s perception of California—from a feudal Spanish frontier backwater into a highly desirable destination. “The cosmopolitan atmosphere created by the international trade helped make Monterey a hotbed of liberal thought,” which produced elections and local self-government, wrote Conway in his terrific 2003 history, Monterey: Presidio Pueblo and Port. California’s tradition of political revolt got its start when Montereños rebelled against a series of provincial governors who were seen as favoring Mexico City’s needs over their own.

Monterey was where the Americanization of California began, with Commodore John Drake Sloat’s peaceful conquest of the city in 1846, and the establishment of the first American fort. In 1849, Monterey hosted the convention to produce the state constitution that California would use to muscle its way into the United States in 1850.

In the decades after statehood, a misguided conventional wisdom held that Monterey no longer mattered. Sure, the place suffered some indignities. Legal chicanery allowed a land baron to steal 30,000 acres. Santa Cruz, fueled by its American prejudice against the more Mexican Monterey, formed its own separate county. And in the 1870s, Salinas stole Monterey’s status as the Monterey County seat through a corrupt bargain that allowed the city of Hollister to make itself the seat of its own breakaway county, San Benito.

A quarter-millennium later, Monterey, for all its rough history, is often dismissed as too precious, and too much a place apart. But the same has been said about California. Indeed, the peninsula city—by serving both as a hideaway enclave and an open door, welcoming the world’s diverse peoples—has become an emblem of the state.

Despite these blows, Monterey—a global-facing, Spanish-Mexican-Catholic city—kept on prospering. Its sleepy reputation reflected the ignorance and bigotry of the rest of California, which was growing more Anglo, more nativist, more Protestant, and more violent towards native peoples than the missions had ever been. “California’s change from a Hispanic culture to an Anglo-Protestant culture made Monterey appear to be out of the mainstream,” Conway wrote.

Monterey quietly kept welcoming people: Chinese fishermen, Portuguese whalers from the Azores, even wealthy tourists who came to stay at Charles Crocker’s Hotel Del Monte. Artists arrived to form colonies, while marine scientists made camp to study the bay and the ocean. Waves of migrants from Sicily, Spain, the Balkans, Japan, and the Dust Bowl formed communities and businesses that local boy John Steinbeck would make famous in Tortilla Flat and Cannery Row.

In the 20th century, Monterey kept making itself the capital of new things. As the state grew interested again in its Spanish heritage, Monterey mined its own history and architecture to become the Adobe Capital of California. Monterey’s fishing and canning innovations also made it become the Sardine Capital of the World. And in the century’s second half, Monterey cemented its reputation a capital of tourism and cosmopolitan cool, with the establishment of the Monterey Jazz Festival in 1958 and opening the Monterey Bay Aquarium in 1984.

Monterey’s embrace of military training and education facilities, especially for the study of foreign languages, has paid huge dividends. The Navy’s Postgraduate School found a home at the old Del Monte Hotel, and the military’s Defense Language Institute grew up at the Presidio of Monterey, spinning off the Monterey Institute of International Studies. Taken together, these institutes have allowed Monterey to host a cultural festival that celebrates it being a Language Capital of the World.

In all this, Conway, the local historian, saw a civic “schizophrenia”; Monterey, like California, clings to its past while relentlessly seeking out future new identities. That two-sidedness has made the city difficult to govern. Locals have fought for decades over water, growth, and downtown redevelopment.

But Monterey’s ability to remain so attractive and alluring—over these 250 years—also holds an important lesson for Californians: size and political power are not what make a city great. Instead, it is the places that truly welcome strangers, that collapse time and space, that connect us to history and the future, that remain worth celebrating.

I’m sad that COVID-19 forced the cancelation of the 250th birthday party Monterey spent two years planning for itself. But you can still honor the occasion the next time you visit the peninsula. First, savor the views from Lower Presidio Historic Park, where a native village once stood, where Vizcaíno landed in 1602, and where Serra and Portolà got things started in 1770.

Then wander over to San Carlos Cathedral, one of oldest buildings in this state, and say a prayer that California, and its real capital, will still be around to celebrate in another 250 years.