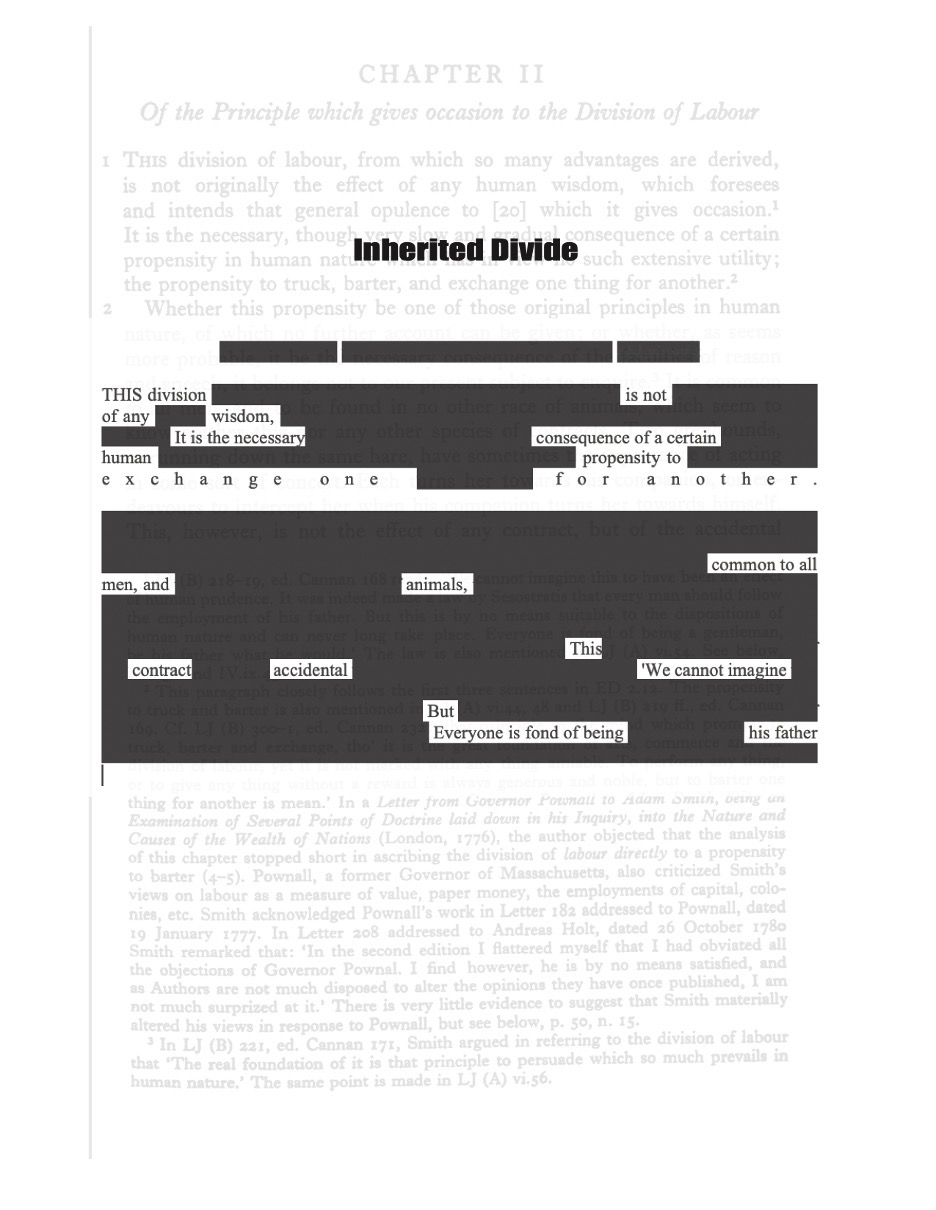 “Inherited Divide” is a part of a series of redacted historical texts and photographic palimpsests in conversation with the ideas and the physical text of 18th-century Scottish economist Adam Smith’s The Wealth of Nations. “As a former economics student,” Matthews writes, “I found myself perplexed by Smith’s theory of the invisible hand that claims self-interest is the key to optimal, equitable outcomes.”