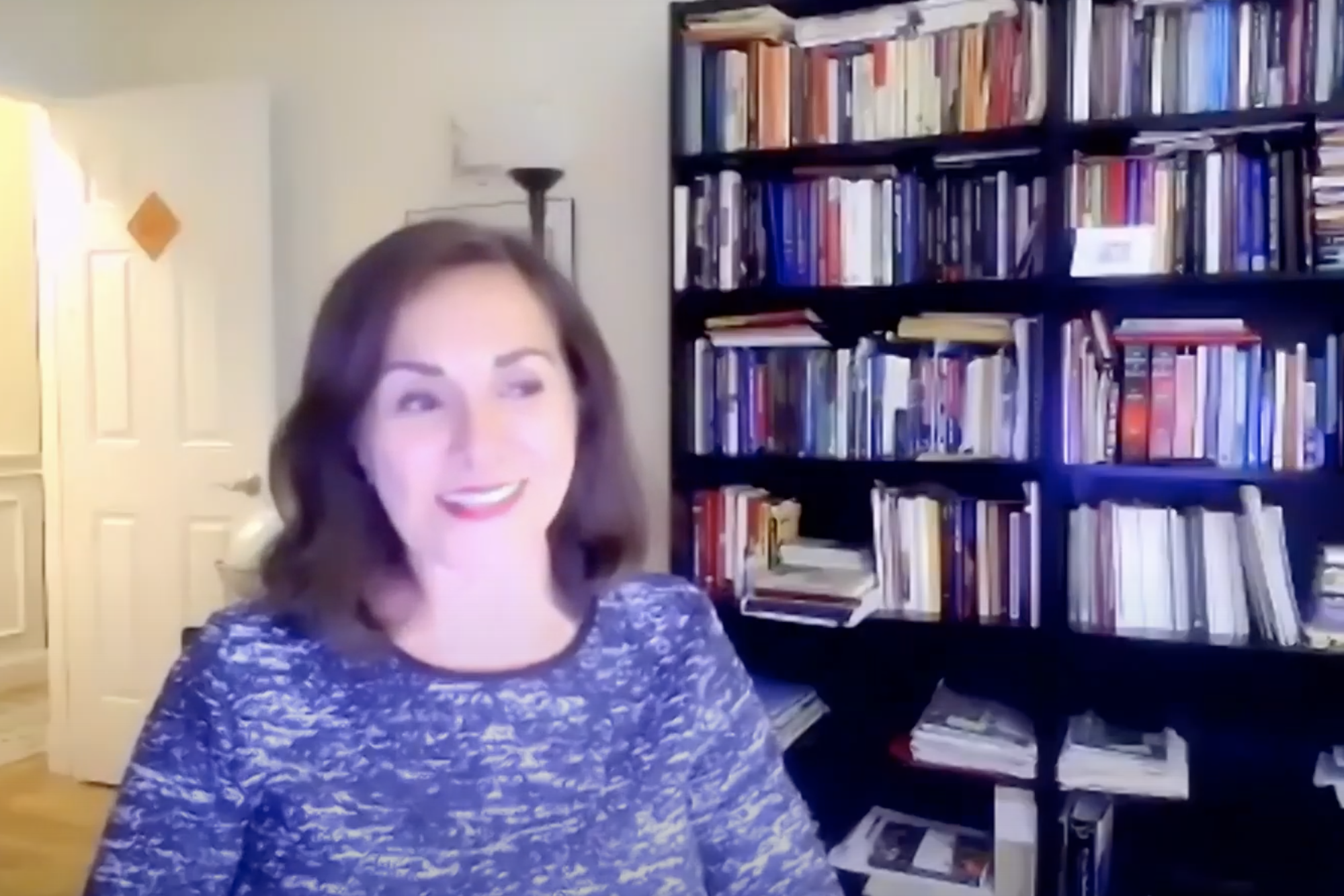 Valentine Moghadam is a professor of sociology and international affairs at Boston’s Northeastern University, where she directs the Middle East Studies Program. Before taking part in the panel discussion for “How Have Women’s Protests Changed History?,” the first of a three-event Zócalo/Natural History Museum of Los Angeles County series, she stopped by the green room to discuss Alice in Wonderland, grading papers at Boston’s Museum of Fine Arts, and conversations with the poet Samuel Coleridge.

If you could have any superpower, what would you choose?

I would like to be the major powerful godlike figure that would turn this into a much nicer, much more welcoming world.

What is the best gift you’ve ever received?

Anything having to do with Alice in Wonderland. I love that story, and from time to time people who know I’m a big fan of Alice in Wonderland, like my sister or my husband, might get me a book, or a bar of soap, or a necklace, or something like that.

There’s a certain surrealist side to life, to the world, and I think that Alice in Wonderland continues to resonate with me precisely because of the way the world is—irrational, nonsensical, and topsy-turvy.

NPR, actually. I have it set to wake up at 7:00 in the morning—sometimes, I’ll wake up earlier—but usually I wake up to NPR.

For some it is hidden, for others it’s far too obvious: I am super organized. I used to tidy up my mother’s closet and chest of drawers, and she couldn’t stand it.

I’m doing a lot of alone time now, as I imagine a lot of people are. But in normal times, around the corner from Northeastern University is the Museum of Fine Arts, and I would go to the second-floor rotunda, and I would just sit there and read or grade papers.

What’s your favorite place to go in Boston?

The public garden. Boston Common is this very large park—the oldest city park in America. Adjoining it is this lovely garden with beautiful flowers and a pond and these adorable bridges. It’s a very popular spot, and I just love it.

If you could get a drink with anyone, living or dead, who would it be and why?

There’s an old English poet named Samuel Coleridge. I wouldn’t mind having a drink with him to discuss some of his poems. We were talking earlier about Alice in Wonderland, and Coleridge has some dream-like poetry where the scenes are a bit unusual.

I used to write poetry myself in Persian, and then I just stopped once I started doing social science because I became too pedantic and prosaic. But I still like to read poetry now and again.