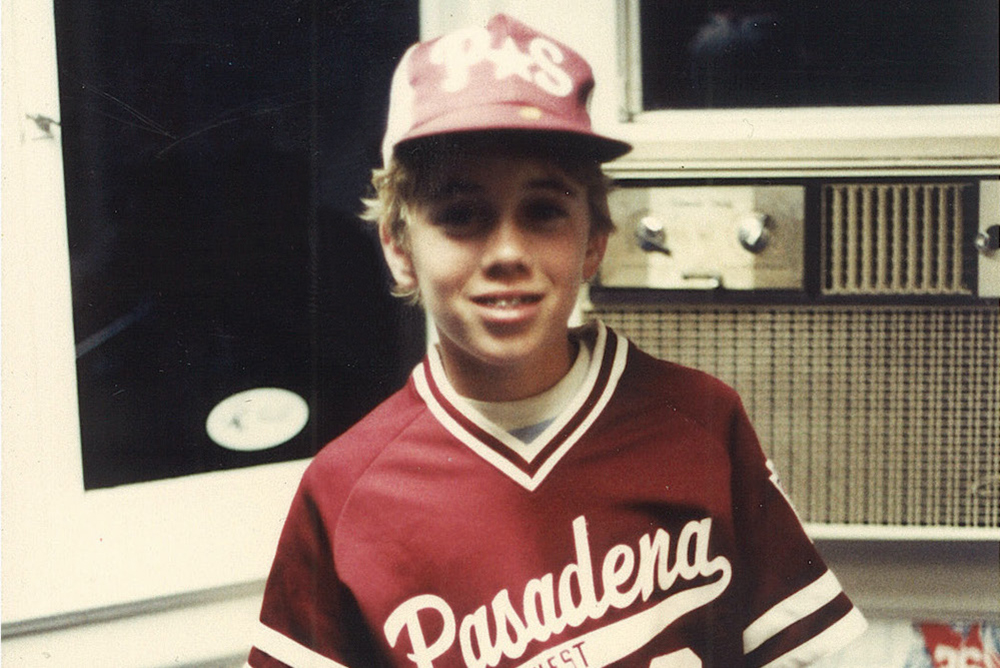 Joe Mathews, pictured in his baseball uniform in 1985. Courtesy of Joe Mathews.

Did you have strange dreams during this unsettling, crazy California summer? Me too.

Mine compressed time and space. In dreamland, I toggled between the anxious claustrophobia of summer 2020 and memories of the sun-splashed Santa Barbara County baseball camp I attended as a kid in the mid-1980s.

I’m not sure what took me back to Ken McMullen Baseball Camp in the hills above Carpinteria. Maybe it was because most summer camps were closed, and my three young sons were stuck at home, having lost all interest in everything but looking at screens and fighting with each other. Maybe it was the terrible absence of youth baseball during the pandemic; our family connects to community and to each other via Little League—the boys play, I coach, and my father keeps score.

Maybe it was the power of geographical suggestion. Desperate to get out of our house, the boys convinced us to sneak away for a pair of four-day stretches to a shockingly cheap lodge on the edges of coastal and cool Cambria, in San Luis Obispo County. That occasioned long drives on the 101 that took us through Carpinteria, where we stopped to walk the bluffs and watch the hang gliders float above the edge of the sea.

Or maybe the dreams of those summers past came to me because the spirit of that camp, and of the old ballplayer who ran it, seem especially precious right now.

Ken McMullen was a solid, hard-working third baseman who played for five teams and hit 156 home runs in a career spanning 1962 to 1977. He wasn’t a star. He was someone who knew his role, and obsessed over the details so he could do his job for the team. 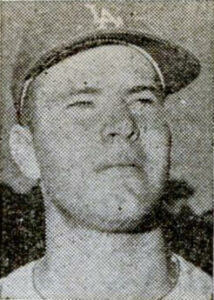 In other words, Ken McMullen is the sort of person who is never in charge of anything anymore. Dodger fans remember him as a skilled pinch-hitter for the team that won the National League pennant in 1974. Some also recall his openness and grace that same year when his wife died of breast cancer, just months after the birth of their third child.

Late in his career, he started a summer baseball camp for kids in and around his hometown of Oxnard, where he’d been a high school baseball and basketball star (Ken’s in the Ventura County Sports Hall of Fame), and where his father had run a service station. His family members and his friends from the baseball world were constant presences at the camp, though the location moved around, to wherever he could find fields and dorms. He wanted dorms because he was trying to recreate, for kids, ages 10 to 18, the experience of the Dodgertown in Vero Beach, Florida, where Dodger players lived and trained together before each season.

“I wanted to run it just like a spring training camp, and so it was a boarding camp—and you had to stay there,” Ken, now 78, told me earlier this summer by phone from Oregon, where he lives part-time. “That way you could have the camaraderie with the kids, and it wasn’t just us teaching them. The kids could coach each other.”

In essence, the camp wasn’t just teaching us baseball; it was teaching us how to teach others.

In the 1980s, Ken cut a deal with the Cate School to use the fields and dorms on its campus above Carpinteria. My parents were fortunate enough to be able to send me for one week each summer, accompanied by my Pasadena Southwest Little League buddy, Brendan. We were just 10 my first year there—it was my first, and only, sleepaway camp—and I remember feeling nervous about going.

The feeling didn’t last long. The McMullen family members and other coaches couldn’t have been more welcoming. They also kept you busy. The toughest football coaches are famous for “twoadays,” or practicing twice a day. At the Ken McMullen Baseball Camp, we practiced three times a day—morning, afternoon, and early evening, when we took batting practice until it was too dark to see the ball. During the breaks, kids would play games of whiffle ball so intense that we broke school windows.

Never, not even during four years at Harvard, have I been instructed as thoroughly as I was at the Ken McMullen Baseball Camp. They taught all the small but vital details, from how to grip the baseball to where to touch each base with your foot. And while all coaches preach teamwork, the camp taught the mechanics of actually practicing it—the myriad ways you back teammates up, and communicate on the field and on the bases. At each week’s end, campers were sent home with written report cards, listing all the things they needed to work on. 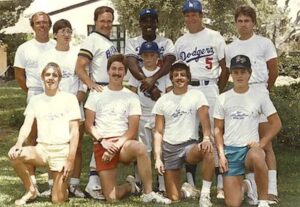 My report cards pointed out that I was a smart aleck, on the path to becoming a wise-ass, who challenged other players and even coaches. But the camp’s coaches said my personality could be a good thing, if used in service of the team. They encouraged me to put my critical energy into watching the game intently, and showed me how to identify pitches before they were thrown, and how to read bats to anticipate where the ball would be hit. When I was 12, I won the camp’s award for Best Attitude. I asked if it was a joke, but Ken told me I had the best “bad attitude” he’d seen in a long time. It may be the finest compliment I’ve ever received.

In essence, the camp wasn’t just teaching us baseball; it was teaching us how to teach others. Brendan and I started coaching a Little League team together as eighth graders, using drills we learned at the camp, and never stopped; we’re still coaching our own kids today. A few campers played professionally, but many more became coaches and educators.

“The philosophy behind the camp was fun but not just that: We’re also going to teach you a lot, and hopefully you’ll take some of this home,” says Scott Young, who started as a camper, became a counselor, and went on to be a coach, teacher, and principal in Orange County.

I moved on and the program eventually ended, but Ken McMullen Baseball Camp has never left my brain. In one dream this summer, I watched Ken hit line drives out to the eucalyptus trees in left field. Then I was playing in the campers-versus-coaches game—which Ken often seemed to win with a pinch-hit—and flying out to right-center field. In another dream, I’m running the bases endlessly on the camp’s smaller diamond, trying to make sure I hit each base on the inside corner.

Then I woke up, still stuck at home. I’d rather be on base, playing ball in the summer sun.