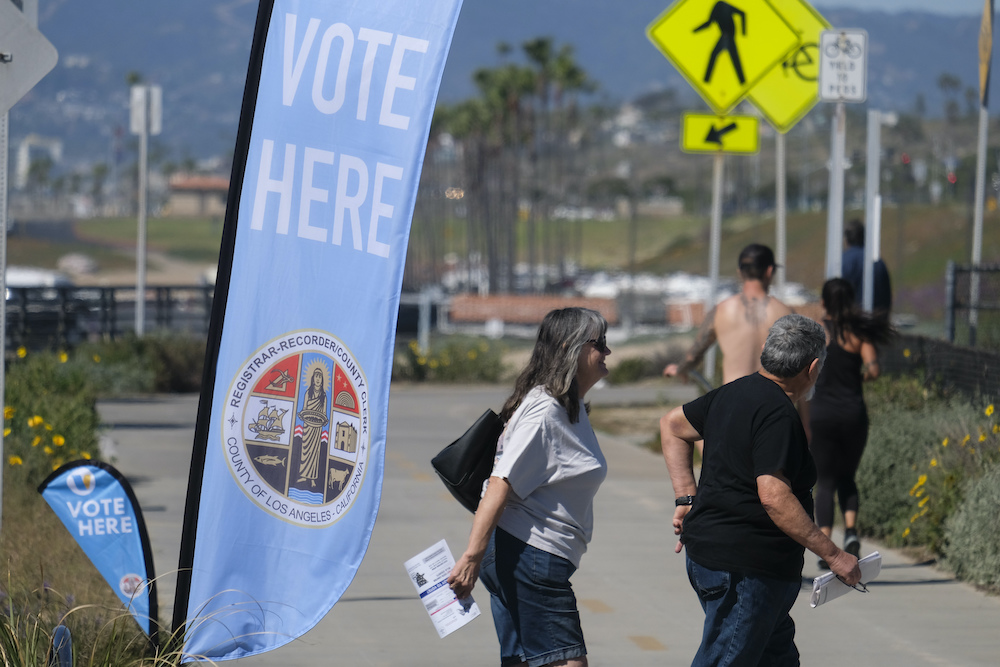 California has a solution for America’s putrid populism and political paralysis on issues from abortion to voting rights to reducing greenhouse gases.

That solution is adopting direct democracy at the national level—allowing Americans to vote, by referendum, on the biggest questions dividing the United States. Enacting such a change wouldn’t be terribly challenging or risky. All Congress would have to do is follow a series of practical steps offered by a Californian named John Matsusaka.

I’m co-president of the annual Global Forum on Modern Direct Democracy, and have gotten to know Matsusaka, who is on the business and law faculties at the University of Southern California, because he knows more about direct democracy than any other American. For years, he has kept alive the Initiative & Referendum Institute, which tracks how American states and cities use the tools of direct democracy.

Now, in a book titled Let the People Rule, Matsusaka is offering something that meticulous academics like him almost never provide: a clear and practical plan. In six steps, he shows how the U.S. could improve its republic by introducing direct democratic tools, beginning with non-binding referenda on major issues, legislative proposals, and treaties. His approach could be adopted easily, with little rancor and risk, and without the challenges of amending the U.S. Constitution.

Matsusaka provides a coherent narrative for why national direct democracy is the natural next step for this country. To reckon with a more complex and scientific world, our national government has been growing increasingly complex and technical—and distant from Americans, who respond to it with anger and populism that are divisive and destructive to our civic life. In this context, voting through direct democracy could be a vital bridge between rulers and the ruled, giving people tools to channel their anger, constructively, into concrete proposals that make central government more responsive.

“We need to think in terms of augmenting existing institutions—adding tools that allow more popular control—while maintaining a central role for technocratic experts,” he writes.

Matsusaka carefully demolishes arguments against direct democracy, especially the idea that it runs contrary to American tradition. Some of the nation’s founders argued that a true democracy, with ordinary people doing the governing, would destroy itself. But Matsusaka demonstrates that their views were based on misimpressions of ancient democracies as disasters; more recent historical research suggests democracies served citizens well. He also shows that popular referenda are an American tradition older than the nation. Thomas Jefferson suggested direct democracy for Virginia’s constitution, and Massachusetts and New Hampshire ratified the U.S. Constitution by referendum. Since 1857, states joining the Union have been required to hold a referendum first (like the upcoming Nov. 3 vote for Puerto Ricans).

Adding national direct democracy would fit with a longstanding American tradition of making our constitutional structure more democratic. We’ve expanded suffrage throughout our history; moved the power to choose presidential electors from state legislatures to voters; introduced secret ballots and various anti-corruption measures; and established direct elections of senators. Local direct democracy is part of this history of democratization, with states and cities across the country using initiatives, referenda, and other ballot measures as routine tools of governance for the past century.

In this context, our failure to introduce direct democracy for national issues is strange. The U.S., Matsusaka repeatedly points out, is an enormous outlier in never having allowed a national referendum in our 250-year history. A majority of countries in every region of the world—and 90 percent of countries in Europe, Latin America, and Africa—have had at least one national referendum since 1980. Instituting such referenda here would hardly require a leap of faith. More than two-thirds of Americans have told pollsters that they support the idea.

Allowing Americans to vote, by referendum, on the biggest questions dividing the United States. wouldn’t be terribly challenging or risky. All Congress would have to do is follow a series of practical steps offered by a Californian named John Matsusaka.

“I find it remarkable that the United States, the country that pioneered democracy and proved that a government created and controlled by ordinary people could succeed, has never allowed its citizens to vote on a single national issue,” Matsusaka writes. “While almost every other nation holds referendums to decide matters of national importance, ordinary Americans continue to be kept at a distance from the public issues that most affect their lives.”

Matsusaka’s six-step plan calls for a cautious introduction of direct democracy, starting with tools that can be approved by statute, and don’t require a constitutional amendment. First, Congress should give itself power to hold advisory, or non-binding, referenda—an idea championed in the past by the House majority leader Dick Gephardt. This could be a tool for pushing forward broadly popular bills—like the Dream Act legalizing the status of certain unauthorized immigrants—that are blocked by small minorities in Congress.

Second, Congress could grant American citizens the power, by gathering signatures on petitions in many different states, to call non-binding referenda on certain issues, much like European Union residents can now do under the continent’s citizen initiative process. This might create popular momentum for issues that often end up on the ballot in states: animal rights, a higher minimum wage, legalizing marijuana, and term limits for judges and members of Congress.

Third, Congress could require a national advisory referendum before making certain major decisions, like approving international treaties or taking military action. The virtues of this would be obvious—creating more debate around accords like the Paris Agreement on climate change, and curbing the American tendency to pursue new wars. Matsusaka also suggests requiring referenda on major debt and tax bills, which could increase scrutiny of hidden provisions and unintended consequences.

Matsusaka argues that if such advisory referenda prove popular, then over decades Americans might change the Constitution to adopt the more powerful direct democracy tools familiar to Californians, like binding referenda, binding votes on initiatives to change the law, and even constitutional amendments adopted by direct votes of the people.

The USC scholar is particularly aggressive in knocking down objections to popular votes on issues. National referenda wouldn’t be divisive; on the contrary, even heavily Catholic countries, like Italy and Ireland, have managed the issue of legalized abortion better than we have, because they authorized it by popular vote.

Referenda would not promote extremism; the opposite is true, since studies show voters are less extreme in their views than our political elites. And moneyed interests wouldn’t dominate more than they currently do, especially if we adopted Matsusaka’s suggestion of establishing a public system to fund all sides of any national referendum campaign.

More broadly, Matsusaka’s book asks how much longer we can continue our escalating political warfare—with each side trying to enhance the non-democratic power of the government branches it currently controls—and still call the United States a democratic republic. The best way to keep America a democracy is to practice democracy more.

“That we consider it radical to allow the people a say in important public matters affecting their lives,” Matsusaka says, “is an unfortunate testament to the undemocratic nature of the U.S. government and something that is overdue for remediation.”