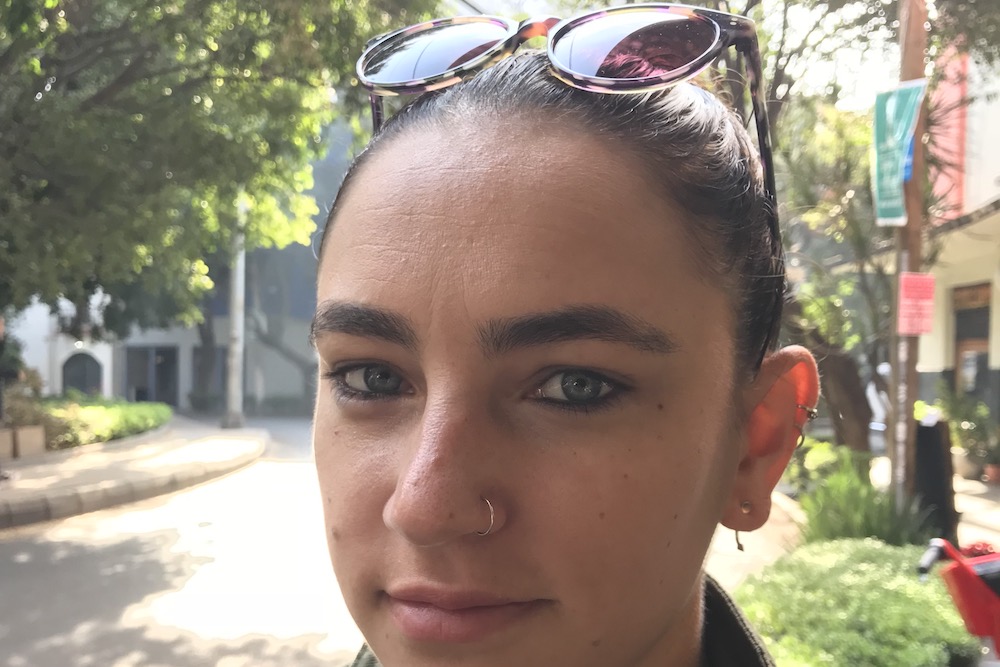 Lauren Hepler is an economy reporter at CalMatters, the Sacramento-based newsroom nonprofit that digs into how the state Capitol affects the lives of Californians. Before taking part in a Zócalo/Lowe Institute of Political Economy event, titled “When Will Californians Start Spending Again?,” Hepler called into the virtual green room to talk about Joan Didion, covering Pacific Gas & Electric, and growing up in Columbus, Ohio.

What was the last thing that inspired you?

I finally got a quarantine break to go to a beach on the central coast in California. And it was just refreshing to look around without the wildfire smoke and be like, OK, there is going to be a path forward through everything crazy happening this year.

You have a cat named Tofu. What's the most unexpected thing about being a cat owner?

The fact that you now have a wake-up call four hours earlier than you used to. Tofu is very on the 5 AM feeding schedule. Usually [he wakes me up] by biting my nose or howling like a coyote.

Being from Columbus, Ohio, where was your favorite place to go there as a kid?

The Short North, which is kind of like a foodie spot in downtown Columbus. There's this really cool nucleus of independent restaurants and shops there that’s grown over the last couple decades.

What historical figure would you most like to meet for a drink?

Joan Didion. I feel like she has the ability to contextualize things that are happening in the immediate term and realize what the bigger picture is.

A lot of times, we obviously get so sucked up in what’s changing second to second on Twitter or the news that we might lose sight of what this really means, in terms of how things are evolving more broadly, and where we might go from here.

What's the recent story you’re most proud of reporting?

I covered the bankruptcy of California’s biggest utility last year after a string of deadly wildfires. And the reporting we did was on whether the victims of those fires were being paid fairly for their losses. As a result of some of that reporting that was in the New York Times, the court extended the deadline for victims to submit their claims.

You're based in Oakland now. How do you think being from somewhere else helps your perspective when reporting on California stories?

I definitely think I bring an outsider view to California, like I bring a Midwestern vantage point. So obviously, a lot of the news in California is focused on the Bay Area or Los Angeles, but I'm really interested in getting out of those cities and into the smaller towns, the rural areas that remind me a lot more of Ohio, where I’m from, and just capturing how diverse the state is in a way that a lot of people don't typically think of.

Is there a California community that’s particularly stuck with you in your reporting?

The agricultural communities on the Central Coast, like Watsonville and Salinas, are just so rich—not only for trying to report stories that might not otherwise get told, but just as really the place where the U.S. still is a melting pot; you just have tens of thousands if not more immigrants coming from Mexico and from other areas, as well, each year to work in the fields. But they’re small enough communities where you really can engage with people one on one and talk about what’s it like to move here, and hear what some of the problems are, but also the opportunities that they see coming here that we can kind of not think about as folks who were born here.

What's your go to karaoke song?

I actually hate karaoke. But if pressed, I embarrassingly do know all the words to “Baby Got Back.”

I was a competitive soccer player for like 20 years, so I’m decent at soccer.

Last question: You tweeted about the petition to recognize the pig-nosed pallid as California’s first official state bat. What makes it a “mascot for our times?”

I thought it was hilarious just because this year has obviously been so draining on a lot of levels. And then to just have this literal vampire creature be a state mascot seemed somehow fitting.