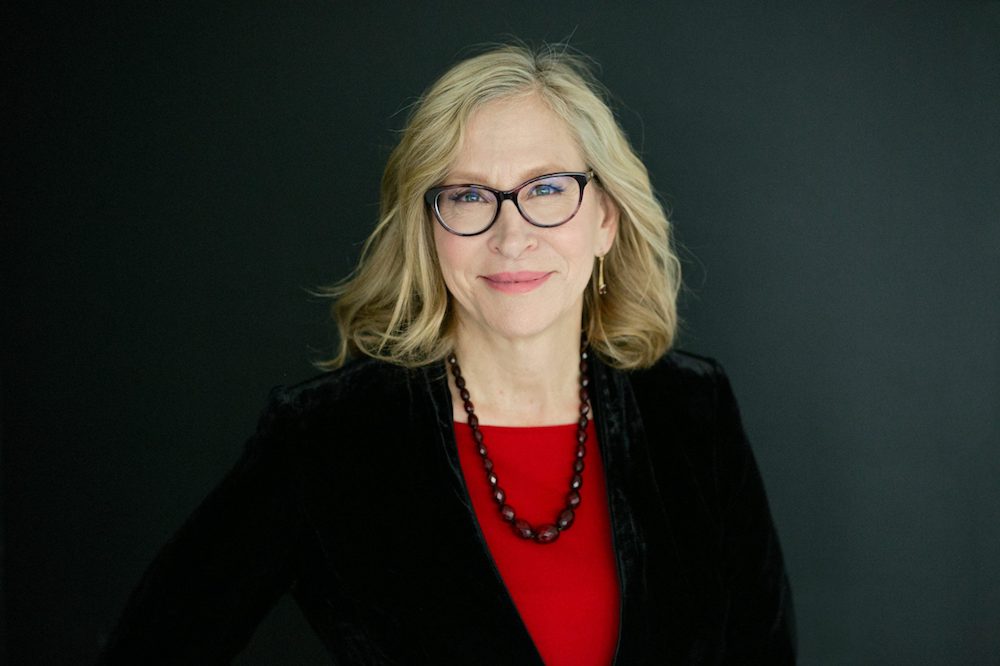 Courtesy of the Atlantic Council.

Molly Jahn is an agricultural scientist and a project manager at the U.S. Defense Advanced Research Projects Agency (DARPA). Before joining the Zócalo/Issues in Science and Technology event “What Does Food Security Really Mean?,” Jahn spoke in the green room about the impossible task of picking a favorite flower, collecting moments of history, and acquiring a crystal ball.

One of your claims to fame is that you bred the Cornell's Bush Delicata squash. What’s your favorite way to prepare it?

My squash is so delicious that just baked is perfect, often with a little butter, but my squash tends to be moist enough to eat as is. If you eat Delicata, you’ll know what I’m talking about.

You’re trained as a plant geneticist. Do you have any favorite plants?

That’s like asking if I have a favorite kid! I have lots of favorite plants. I am in the process of de-whitefly-ing a beautiful hibiscus that my niece, who's essentially my daughter, gave to me for Mother's Day, so that's the one I've been fussing with the most. And I have an eye on my bulbs right now—I have a little rocky garden with some really cool new bulbs, and I can't wait to see what they’ll look like. And I love plants out in the woods—we have a lot of woods, and the very early spring wildflowers are amazing. The [iris] attica is just so beautiful; trillium we have a lot of... We have a very cool plant up on the mound we live on called Jeffersonia, which is a bilobed wildflower that grows in these peculiar little wooded gullies. Daffodils. I love daffodils. And grasses. I love grasses. I’m looking out my window… We’re going to have iris coming along. We have weeping cherry. It’s going to be great.

Has there been a new place or routine you’ve discovered in COVID?

I discovered my home office. I've got all my stuff consolidated from university. I have two computer systems and three monitors, a printer that says "unclassified," and tons of pictures and fun stuff all over the wall, and I have my magic wand and my crystal ball handy.

How did you acquire your very own crystal ball?

Jahn Research Group got this consulting job with a really big insurance company. This was exciting for my little business, and on my way home, I saw a crystal ball in the window of a store I love called Burnie’s Rock Shop—it’s been in Madison since the ’50s—and I purchased that crystal ball because we were going to need it for that job. I’ve always kept it close, and I use it sometimes.

I read a lot of history. I stopped reading fiction in my 30s because I didn't like surprises. So I started reading history, which has been incredibly important to me and my work over the last 30 years. I just read popular history—I can’t in any way claim to have a scholarly relationship with it… but I collect amazing moments in history—moments where everything changed—that people don’t really know about.

What’s one moment of change that you’ve been thinking about lately?

This one is on my mind because I just talked to a person whose grandfather was involved...

[Henry] A. Wallace was the most important person in the 20th century nobody's ever heard of. He was FDR’s secretary of agriculture in his second term and vice president in his third term. It was the first time that a woman ever spoke at a political convention when Eleanor Roosevelt spoke and asked at the convention to nominate her husband's choice for vice president in the fourth term to be H.A. Wallace [again]. So the nomination went ahead, and it was looking like he was going to be nominated. This is important because H. A. Wallace subscribed to a second bill of rights for America postwar, which would be a right to healthcare, education, equal pay for equal work, and housing.

So the nomination was going forward—until the party bosses pulled the fire alarm in the convention hall in order for the party classes to regroup and make sure that Truman was nominated instead of Wallace. And so, instead of a second bill of rights, we got the military industrial complex.

So that moment, that most Americans don't even know happened, meant that we have been fighting since that election for a second bill of rights, and we are still fighting.