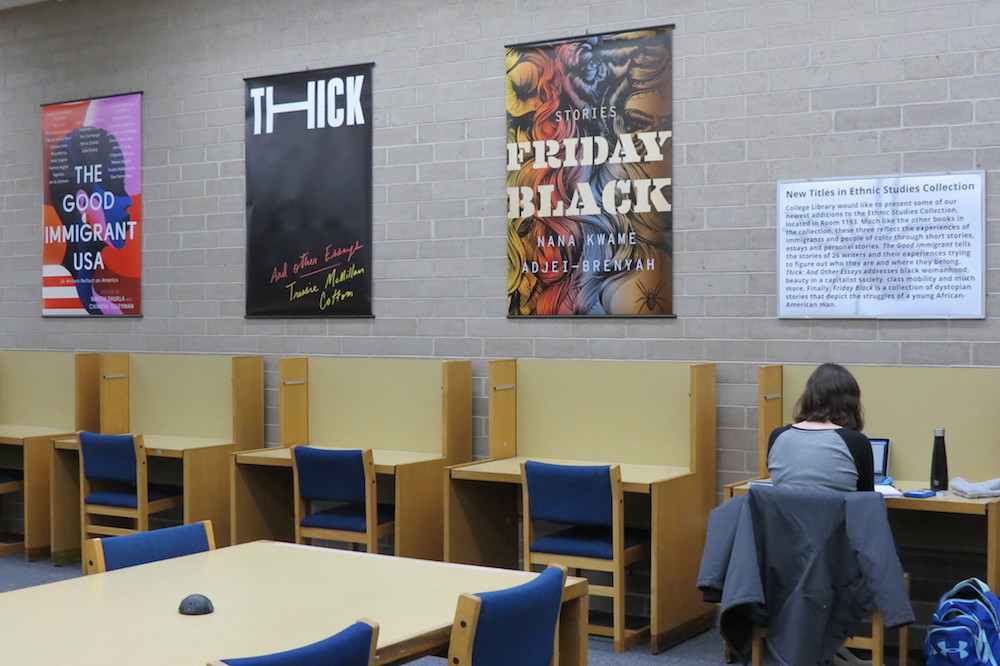 California is moving towards making ethnic studies a high school graduation requirement, but controversy around the state's model curriculum abounds. Courtesy of college.library/flickr.

Almost everyone dislikes the state’s model curriculum for ethnic studies, even its authors. Which is precisely why California should adopt it now.

Anything that California’s usually apathetic adults can argue passionately about—state education officials received tens of thousands of public comments on the curriculum—is something the kids should learn all about.

Through four years of controversy and multiple reviews and revisions, the curriculum has been perversely unifying, taking fire from many racial, ethnic, and religious groups. The left finds it insufficiently revolutionary; the center, too politicized and jargon-laden. The right thinks it’s some kind of conspiracy involving cancel culture. And as the state moves toward making ethnic studies a high school graduation requirement, the curriculum’s own authors—mostly scholars—have disavowed it and pledged to advance their own “liberated” ethnic studies alternative.

There is truth in nearly all these objections. But, after reading its four chapters and three appendices (and newly proposed edits), I can report that the curriculum—like the controversy surrounding it—is messy, maddening, sprawling, contradictory, and yet fascinating and even inspiring. Which is to say: It’s quintessentially Californian.

It’s not just that the curriculum’s self-definition—“Ethnic studies highlights the importance of untold stories, and emphasizes the danger of a single story”—befits an ever-changing state of 40 million people and perhaps even more unproduced screenplays. It’s that ethnic studies, like the iPhone and the Korean BBQ taco, is a California invention.

In the following decades, ethnic studies spread to other universities, growing into a robust academic discipline with its own associations, journals, conferences, and degree-granting programs. California produced leading ethnic studies scholars, including UC Berkeley’s Ronald Takaki, author of the seminal A Different Mirror: A History of Multicultural America.

After reading its four chapters and three appendices (and newly proposed edits), I can report that the curriculum—like the controversy surrounding it—is messy, maddening, sprawling, and yet fascinating and even inspiring. Which is to say: It’s quintessentially Californian.

In the last decade, the popularity of Crenshaw’s work and the increasing diversity of California’s student population have inspired a renewed surge of Golden State interest in ethnic studies. Ethnic studies has become a requirement in the California State University system, and some local school districts have implemented courses, too.

In 2016, as part of this surge, California legislators authorized creation of the proposed model K-12 curriculum with little debate or controversy. But a 2019 draft of the model curriculum was accused of antisemitism, academic snobbery, and excluding too many ethnic groups. The current draft, still being edited before a vote on adoption late this month, is far more inclusive. It leaves decisions about which ethnicities to emphasize to teachers and schools, and outlines ways for communities to shape ethnic studies classes in distinctively local and democratic ways.

The curriculum mixes tough-minded examinations of white supremacy and oppressive systems with a warm-hearted look at arts, literature, anthropology, geography, and the overlooked contributions to society of diverse peoples. The curriculum looks back to history, and forward with contemporary social movements. And it points to research showing that students who take ethnic studies classes have better attendance, think more critically, are more engaged in community and democracy, and experience less anxiety.

Reading through the current document, I grew excited about the prospect of my elementary-age kids taking ethnic studies someday—getting an opportunity to immerse, for instance, in a proposed course on migration to California covering “how World War II drew African Americans from the South to California cities like Oakland and Los Angeles, how the Iranian Revolution and its aftermath affected Iranian immigrants in the United States, or how Armenian Americans mobilized to urge the U.S. government to formally acknowledge the Armenian Genocide.”

“The themes and topics discussed within the field are boundless,” reads the curriculum, “such as a study of Mexican American texts, the implications of war and imperialism on Southeast Asian refugees, African American social movements and modes of resistance, and Native American/Indigenous cultural retentions, to name a few.”

Of course, the curriculum is far from perfect. Its original authors say it’s too broad and not focused enough on African Americans, Latinos, Asian Americans, and Indigenous peoples. The recent draft reads like a document trying to satisfy everyone, and sometimes contradicts itself. It retains some leftist language that can be easily distorted by conservatives. Its bibliography favors dull scholarly work over novels and films that might better connect with younger students.

My own beef—every Californian must have one—is that the curriculum should reckon more thoughtfully with how American culture erases, over generations, the distinctive ethnicities, traditions, and languages that connect us to others and help give life meaning. A 21st-century ethnic studies class should ask the question: How might we preserve and revive ethnic cultures to make life feel less lonely and disconnected?

One practical worry is that adding ethnic studies classes, given the state’s limits on school budgets and instruction time, might crowd out the teaching of foreign language, which is already far too limited in California. But ethnic studies is so important that it’s worth the risk.

Some critics want further delays in the curriculum, but their most common objection—that the curriculum should be even more inclusive—reinforces just how Californian this subject matter is.

Californians may never stop arguing about ethnic studies. So, let’s approve this imperfect curriculum now, and move these arguments into our kids’ classrooms, where they belong.