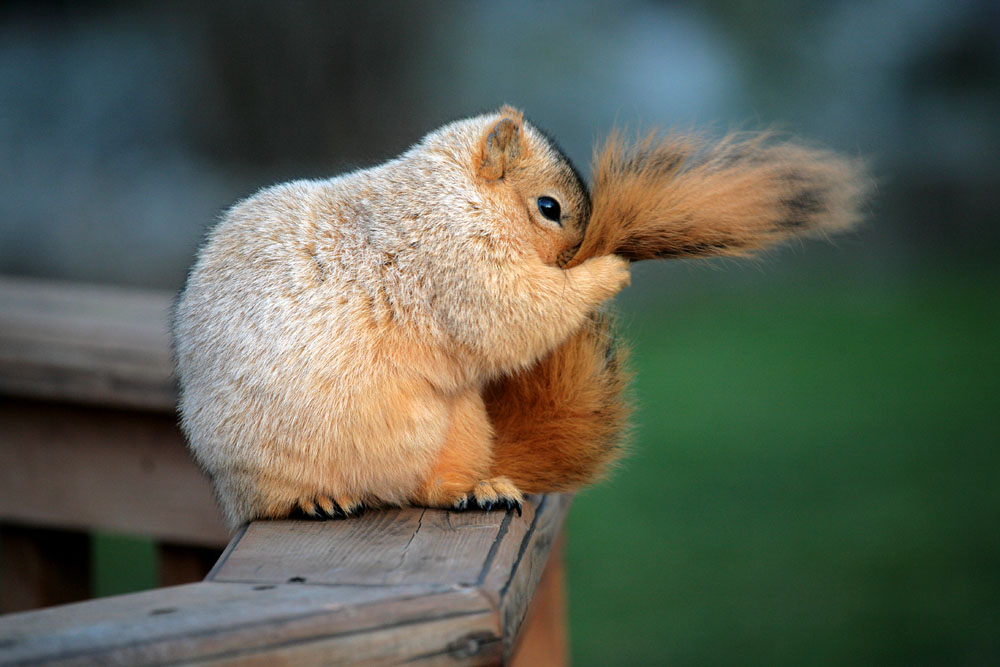 "And up he hoists himself now / into the gutter, into the hole he's probably chewed / into the frame, into the attic, to set by his store." Courtesy of James Marvin Phelps/flickr.

All this late morning in the newly winnowed trees
squirrels are chirring, as though each one inside
had a miniature fan rotating urgently,
the impossibly rapid rpms of their language.

I can almost see through the thinned-out screen
of leaves a few tails waving like metronomes—
the wind lifting them? Or are they plumes, the nibs
of scribes at their appointed work, glossing

the margins, fearful the raiders will come again?
One, I watch him from my deck with the cats,
flies in a wild prodigious leap to the pole
(Be careful of the power box!) to tightrope across

this unsteady stave of lines to where they thread
under the eave. And up he hoists himself now
into the gutter, into the hole he’s probably chewed
into the frame, into the attic, to set by his store.

If they could the cats would have him, each perched
below on the rail, easy regression, paws quieted,
sly on savanna grass. Who is that nearby, beside
the umbrella thorn, newly upright with the rest,

ready to fan out like the branches above them,
getting ready with their flints to dis-limb the world?
Ripples like invisible arrows flit across the plain.
Is now the setting out? Where are we all going?