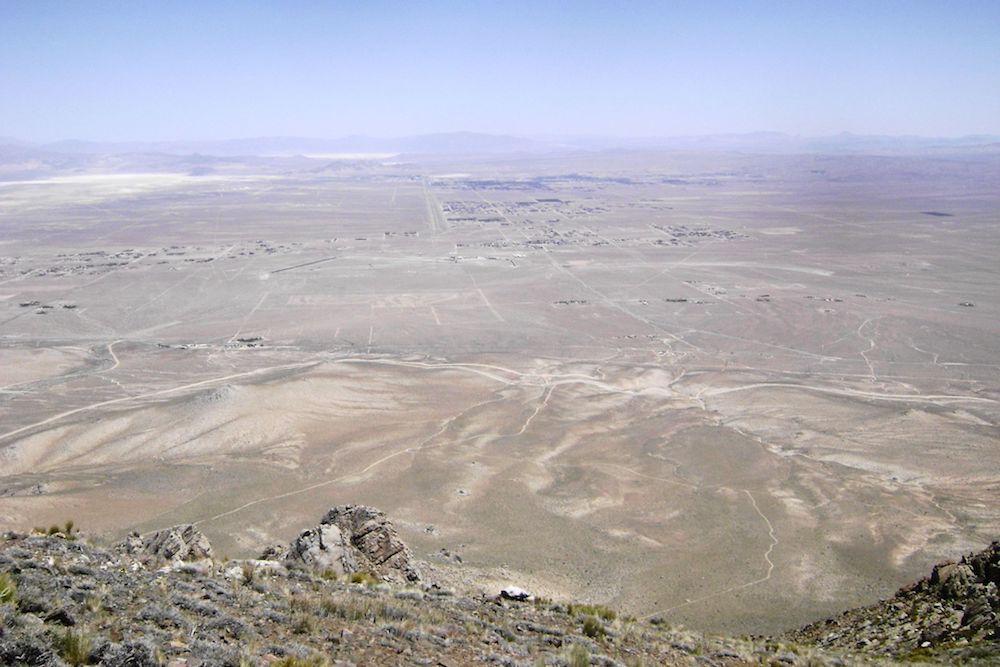 Can California regions regulate groundwater without destroying their businesses and communities?

Groundwater is the water buried in aquifers, the underground spaces between rocks, soils, and sand. Layers of aquifers are called groundwater basins. California has hundreds of them, and we could not live without them. Eighty-five percent of Californians depend on groundwater, which constitutes roughly 40 percent of California’s water supply (and 46 percent in times of drought).

SGMA was designed to protect the most overdrawn groundwater basins, often in rural regions, by requiring plans to balance the amounts of water being pumped from, and recharged into, aquifers by 2040. Complying with the law—and achieving sustainability—is expected to dramatically change the California landscape over the next. Two decades from now, state residents and businesses will have to use considerably less groundwater, agricultural land will have to go out of production, and local ecosystems will have to be restored.

SGMA tried to cushion disruptions from its changes by giving local agencies new power and broad discretion to form and elect a new species of local government—called Groundwater Sustainability Agencies, or groundwater authorities for short. The idea was to encourage democratic collaboration in the making of groundwater sustainability plans—thus avoiding the fights that have long plagued water policy in California. These groundwater authorities, having been created by local communities themselves, would be more inclined to listen to all stakeholders and to develop plans that would minimize local pain.

But the Indian Wells Valley Groundwater Authority—covering 11,000 square miles in the western Mojave, including parts of Kern, Inyo, and San Bernardino counties, which sit above a very large pool of groundwater—has disdained conciliation with an alarming ferocity. Last year, it approved a groundwater plan so politically incendiary that it might have shocked Thomas Hobbes, the philosopher who saw human life as a war of all against all.

If the plan survives multiple legal challenges, it could bring a swift end to agricultural production in an important region for pistachios, force the closure of the valley’s oldest business, and cut off water to the unincorporated rural community of Trona (pop. 1,900). The plan’s aggressive provisions also might extend this water war into the San Joaquin Valley, Los Angeles, and the nation’s capital.

Such a project is—quite literally—a pipe dream, since it would mean taking water that now goes to the Central Valley or Los Angeles, regions with more power than the Indian Wells Valley.

At the heart of this conflict in California’s inland desert is, ironically, the United States Navy. The Indian Wells Valley is home to the Navy’s largest single landholding in the world, the Naval Air Weapons Station China Lake, covering 1.1 million acres, an area larger than the state of Rhode Island. Ridgecrest, the biggest city in the valley, is a military town, owing its economy and its relatively high education levels to the presence of this installation devoted to the research, development, acquisition, and testing of weapons systems.

Local officials, led by former China Lake commander and Kern County supervisor Mick Gleason, have fought for decades to grow and protect the Navy base. To make sure that SGMA wouldn’t affect Navy water, they moved quickly to set up an authority in the Ridgecrest city hall that they controlled, and that largely excluded major water pumpers in industry and agriculture. In the process, the authority produced a plan for valley groundwater that is bizarrely one-sided, even for the crazy world of California water.

Rather than phasing in changes over the next two decades, as the law anticipates, the authority plan immediately imposes enormous pain through fees greater than $2,100 per acre foot of water—so high that they represent an effective ban on agriculture or water-needy industry in the valley. Mojave Pistachios, a major nut producer, says the fees would force it to abandon a $35 million investment in trees made in 2011, before SGMA. Searles Valley Minerals, a going concern since 1873, says its water bills would increase by 7,000 percent, forcing immediate closure and the loss of hundreds of jobs.

Even stranger is the plan’s justification for such high fees, which could take this water war statewide: a need to pay for major infrastructure to import new water into the Mojave. Such a project is—quite literally—a pipe dream, since it would mean taking water that now goes to the Central Valley or Los Angeles, regions with more power than the Indian Wells Valley. In addition, proposing the expensive moving of water into the desert is sure to draw the ire of environmentalists.

This ill-considered plan has already backfired. Pistachio growers and Searles refused to pay the fees and instead filed expensive lawsuits that could reduce the groundwater authority’s power and budget. The mineral company even launched a public campaign against the groundwater authority, with backing from residents and businesses of Trona, whose water supply is also at risk under the plan. Searles’ campaign highlights the fact that it is the only U.S.-based company to produce a critical ingredient for the pharmaceutical glass used in COVID-19 vaccine vials.

The controversy has drawn the attention of politicians far beyond the desert, in Sacramento and in Congress. And that in turn has brought wider scrutiny to, and created water risks for, the massive Naval base, which the groundwater plan was designed to protect. Searles, in legal documents, has attacked the Navy, claiming that its water rights are senior to that of the base.

“The Indian Wells Valley is a microcosm of what can go wrong when the Sustainable Groundwater Management Act is implemented without adequate public participation and buy-in, and without detailed plans for a sustainable water future,” Searles vice president Burnell Blanchard wrote in Sacramento-based CalMatters.

The good news is that compromise seems possible. While there are disputes over the models of how much water is being overdrafted now, both sides agree that there is enough groundwater in the basin to last hundreds of years.

The pistachio growers have proposed alternatives that would raise fees and reduce their water usage to the authority’s preferred target, but over the two-decade period set up by the law. If a deal can’t be done, the state should step in, put the current plan on hold, and push the authority to renegotiate.

Unfortunately, state leadership, when it comes to managing water and water infrastructure, is rarer than rain these days. And there are already signs of local conflict and litigation threats at other authorities. So, now would be a good time for the state legislature to send a message by beefing up oversight in SGMA. For starters, the state should provide more technical and financial support for the non-expert local residents and businesses designing these plans. California should also require that all stakeholders in a basin have real representation on the boards of groundwater authorities.

California water planning is enough of a battle already, without folks in the high desert igniting a water war.