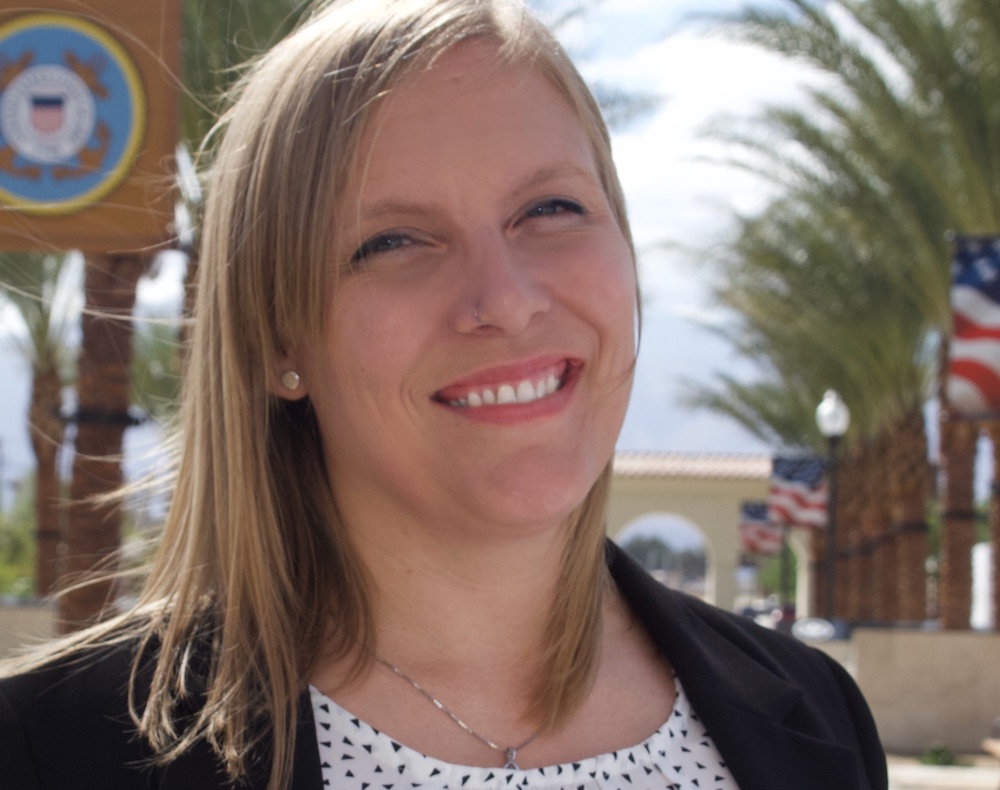 Megan Beaman Jacinto is a member of the Coachella City Council, a community activist, and an attorney specializing in civil rights and the rights of workers and immigrants. Before participating in the Zócalo/California Wellness Foundation event, “What Makes a Good Small Town?,” she talked in our green room about how she ended up in Coachella, her signature dish in the kitchen, and the unexpectedly positive part about becoming a politician.

What was the last thing that made you laugh?

A Zoom-related meme someone sent me by text message.

What was your favorite law school class?

Clinics where we got to practice law under the supervision of licensed lawyers. Other than that, I did not really enjoy the classes in law school; it was a means to an end.

Are you a night owl or a morning person?

I’ve become more of a morning person after I had my second child, and I have no energy to stay up late any longer. So I try to take advantage of the early morning hours when it’s quiet.

I used to be a softball pitcher, and I’m in the Iowa state pitchers’ hall of fame.

If you didn’t live in Coachella, where would you be?

I ended up in Coachella in an unexpected way because I was very adventurous at the time I was looking for my first law job. All that was important to me back then was finding meaningful work where I could really contribute to a community. But once I got here and fell in love with the community and had more of a desire to be stable and live in one place, I’ve stayed. I think that could’ve happened for me for many places. I also have an open mind about what the future might hold as far as where we live and where we build our family.

What’s your signature dish in the kitchen?

I’m really good at making biscuits from scratch. And one of our staples is just spaghetti.

What’s been the most unexpectedly good thing about becoming a politician?

I’ve been able to have a fair amount of influence in regional spaces where I anticipated more political resistance to progressive ideas, and ideas coming out of a small city—one that is predominantly [made up of] communities of color. I’ve really found an openness and a congeniality in some of those mixed political spaces where I have been able to make some progress on regional public safety issues and even larger Southern California development issues. I didn’t anticipate that I would have that level of input. That’s been an unexpected plus.

What was the last great book you read?

I’m just about to finish a book that’s been really good: Jubilee by Margaret Walker. And A Mercy by Toni Morrison.

What do rural California and rural Iowa have in common?

A lot of people would think they have little to nothing in common—that’s an opinion that I encounter a lot in both states. But my upbringing in Iowa in a low-income, agricultural family has really been similar to a lot of the experiences I see in Coachella and also in the unincorporated regions of the eastern Coachella Valley that are even more rural.

There are serious water quality and air pollution problems in both spaces. Agriculture has a huge role in the politics and the power and the resources in those regions. There are low levels of educational attainment in rural areas of Iowa that are similar to rural areas of California. They’re not receiving the same level of investment as urban communities and have less political power. A lot of times people where I grew up in rural Iowa and here in the eastern Coachella Valley have not really experienced other parts of their own state. That was the same for me growing up. So it can be hard to imagine the possibilities of what we can achieve in our communities.