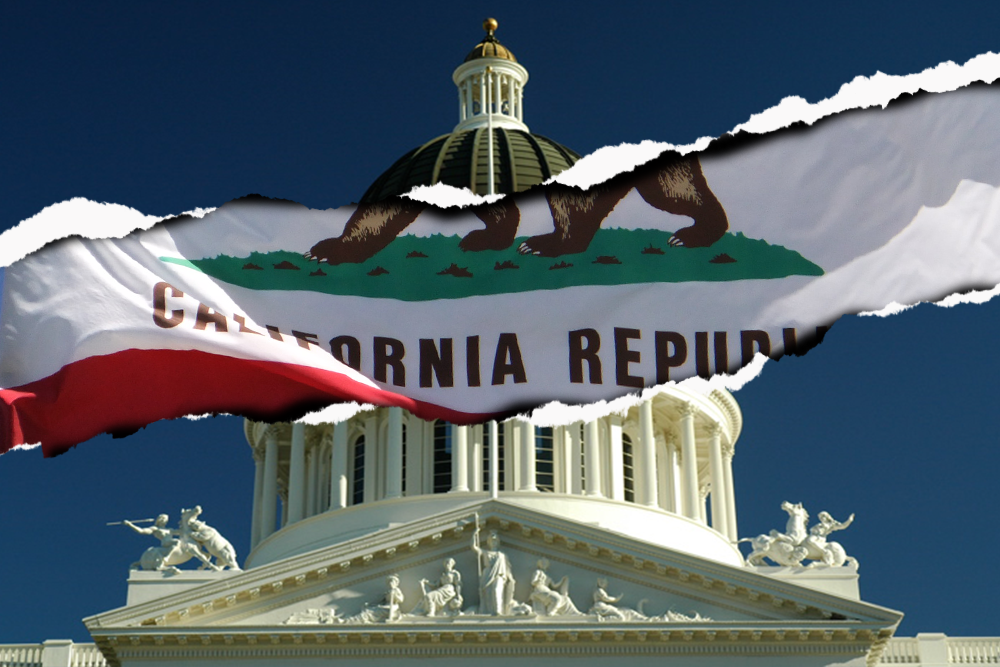 Why bother maintaining a state capital?

Californians certainly shouldn’t. The pandemic demonstrated what things are essential in California, and what things we can live without. Among our superfluous assets: the designation of Sacramento as our capital city, and the various buildings occupied by our state government there.

In the biggest emergency of our lives, our elected officials managed to respond and govern with the Capitol, the seat of government, closed. Public employees in Sacramento-based agencies kept the government running while working remotely or from home.

Having the capital effectively closed didn’t diminish state ambitions. To the contrary, there was a historic expansion in state government and its goals, with new programs in health and homelessness launched on the fly, and the state budget growing at record speed.

And rather than limiting public access to state government, the absence of a capital brought regular people closer to our government than ever before. Suddenly, Southern Californians like me—who used to have to drive eight hours or get on a plane to attend a hearing or session in Sacramento—could participate online from our kitchens. Californians could join calls where decisions of great consequence, including about opening and closing public institutions, were made. Meanwhile, state officials including the governor, who are traditionally cocooned inside well-guarded Sacramento buildings, were forced to meet people outside in every corner of the state.

This pandemic decentralization served two of California’s greatest causes: equity and environmental protection. Before COVID, you needed resources—either in time to travel to Sacramento or in money to hire a lobbyist—to get yourself heard by the state government. The pandemic made it possible for officials to see and hear everyday Californians, especially in the working class, as never before. The pandemic closures also saw state employees reduce their greenhouse-gas-producing commutes, and limited the number of flights to and from Sacramento.

None of these changes, of course, should have required a pandemic to be implemented. This state is a global technology capital that long ago should have moved beyond the antiquated idea of having to gather its government in one city. But entrenched interests in Sacramento long resisted applying technology to state government in ways that might make it more accessible—until the pandemic forced their hand.

Rather than limiting public access to state government, the absence of a capital brought regular people closer to our government than ever before.

Now that the pandemic is winding down, Californians should rally together to make sure that power is never restored to the capital.

That won’t be easy. The powers-that-be in Sacramento, desperate to protect their money and prerogatives, are already demanding a return to the bizarrely centralized California governance that they call “normal.”

The Sacramento Bee, in an awful editorial, recently demanded that state workers return to the city’s downtown. Their self-serving reason: protecting local property tax, hotel tax, and parking revenues that the city of Sacramento needs to pay off ill-conceived public investments in downtown developments, including an arena for its miserable pro basketball franchise.

The editorial omitted the larger context: Sacramento’s rapid downtown growth is an artificially created bubble, built on the dysfunctional and overly centralized Prop 13 tax system. That system requires the rest of California to send its local revenues to Sacramento and then hire expensive lobbyists to try to return some of those dollars back home.

But if California ended Sacramento’s status as its capital, the biggest winner might be Sacramento itself. The no-longer-capital city would have the rare opportunity for a fresh start, including a more balanced economy. The loss of government jobs would take some pressure off rapidly escalating housing prices there. And the Capitol and state buildings left behind could be repurposed for housing or other offices. Thinking bigger, Sacramento could become home to a huge new Cal Poly or University of California campus that would allow those systems to serve more students—and produce more new economic possibilities for Sacramento than state office workers do.

Giving up on the idea of the capital could benefit the rest of California, too. And this goes beyond the billions of taxpayer dollars that could be saved by not constructing more unnecessary state buildings, like the new California Natural Resources Agency headquarters. While politicians will argue that they can get more done by meeting together in Sacramento, the truth is that elected leaders are far more effective and responsive when they are seeing their constituents more than their colleagues.

Offering Sacramento-based state workers incentives to relocate to poorer neighborhoods around the state would also put their stable incomes and pensions in the service of regional equity. Local governments would find it easier to cooperate productively with the state if more workers and offices were spread among our communities. And a state workforce extending into every corner of California should be more responsive to local concerns.

Of course, total decentralization is not possible. State legislators may well insist on holding some sessions and meetings all together. If they do, the location should rotate among different places, as my friend, the former deputy state treasurer and journalist Mark Paul, has suggested. To raise revenue, the state government could even put the right to host the legislature up for bids from different cities and counties—like with the Super Bowl or the Olympics.

California is too great and large of a place to have a single center or seat of power. The state government should be present, and accessible, wherever you can find one of California’s greatest assets—its nearly 40 million people.