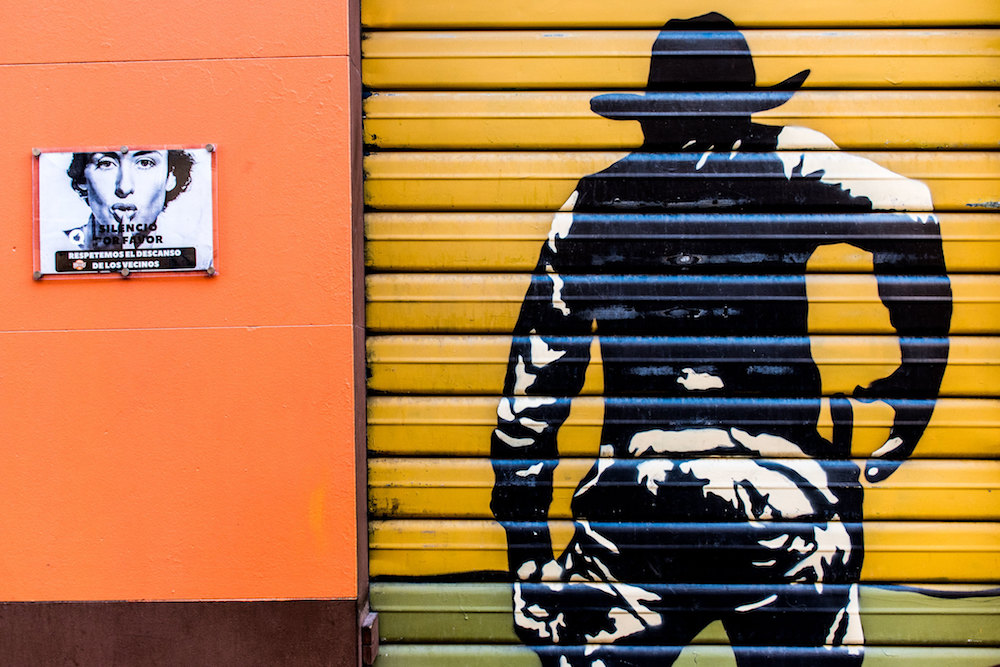 Mural in Valencia, Spain. Courtesy of Ralf Steinberger/flickr CC BY 2.0.

A blast of motion, the first shot,
Like-people scatter, like-bullets follow.
I like how the camera tells me exactly
What to watch and how to feel.

I like TV shows that make me feel like
The like-people hit by like-bullets deserve it
Or don’t not deserve it and I like not worrying
About the like-people. It’s so unlike

The way I feel about real people
Who shoot, hit, and bomb other real people,
And unlike the way I worry about my toddler son
When he pulls back his fist.

And it’s like there’s nothing I can do
To stop him and the anger he feels,
The way it must feel to do something
So real with your own hands.