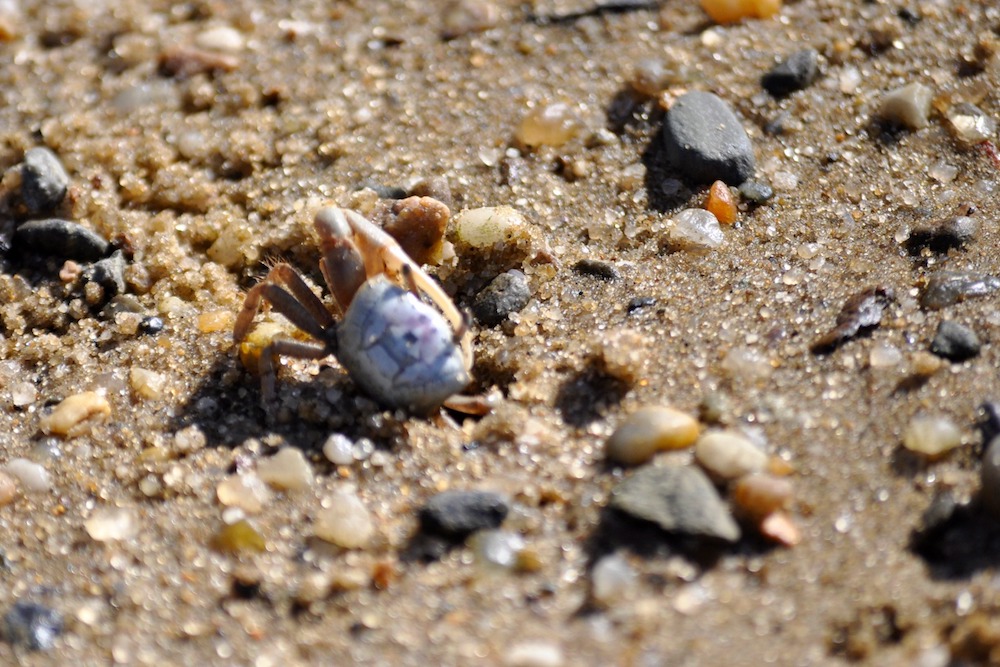 "I let her / let them run sideways up her arms and scuttle across / the backs of her hands …" Courtesy of Erin McAward/flickr CC BY-SA 2.0

Because my daughter is afraid. Because she checks
and double-checks the doors, the windows, the ones
even that hang thirty feet above the ground. Because
there might be a person, a man, an invisible breeze,
something bad and she’d never see mommy again—

I let her catch as many crabs as she wants. She turns over
rock after rock, pries up their heavy, barnacled sides, scars
her palms and shins with their sharp-bladed prehistoric shells
as she flips them damp-belly-up and squeals, then scoops
the runners from the sand. I let her take the big ones,

the small ones, the tiny ones like bloodless ticks. I let her
let them run sideways up her arms and scuttle across
the backs of her hands. I let her chuck them into buckets
she sloshes when she walks, let her stare down into the depths
as they circle each other, poking and stampeding in their terror.

I let her pin them on their backs until they’re dizzy and sick
with fear. I even let her take one home. Wan, spotted, unusually
pretty. She brings it into our house and leaves the pail
in the hallway she’s afraid to walk down at night. Where
she forgets about it until morning when it doesn’t stir.