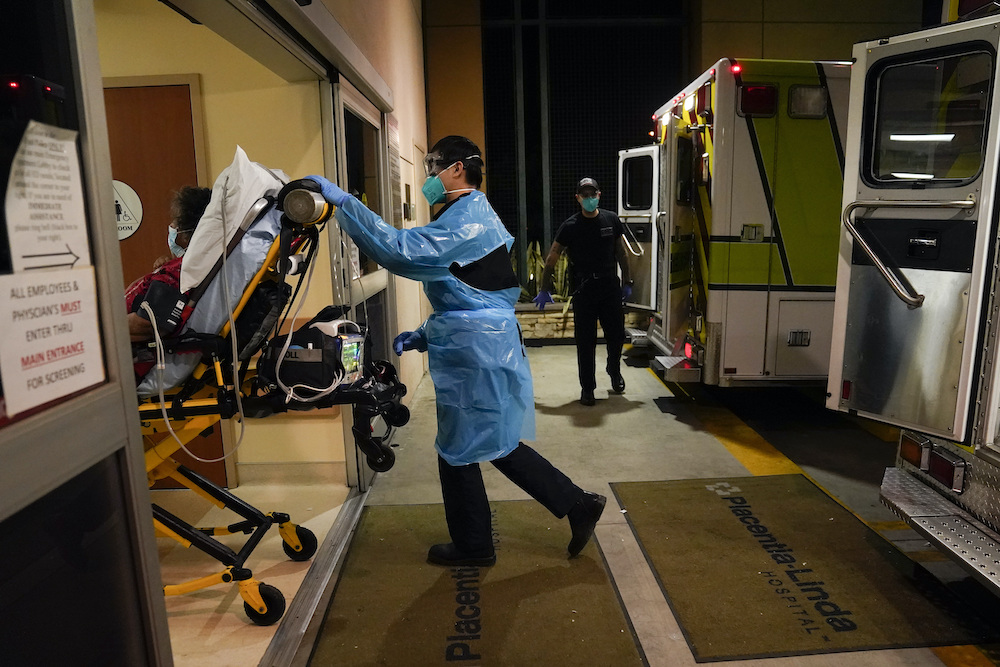 If we told you that marathons lead to spikes in deaths from heart attacks, you might picture exhausted weekend warriors collapsing before they cross the finish line. The story is not that simple. In 2017, Harvard researchers found that blocking traffic during events like marathons delayed emergency care response by 4.4 minutes on average. In some cases, those few minutes proved fatal. No more heart attacks were recorded on marathon days, but more of them led to death.

Something similar happened during the first wave of the COVID-19 pandemic. In the areas most severely hit, like Northern Italy or New York, the rise in hospitalizations for the acute respiratory symptoms of COVID-19 strained hospital capacity. In those areas, the death rate of the virus reached concerning peaks, numbers obsessively broadcasted by media outlets. But there was something that those numbers did not capture: The mortality of conditions other than COVID-19 also increased.

A July 2020 study in the medical journal JAMA showed that between March 1 and April 25, 2020, the U.S. experienced roughly 87,000 excess deaths compared to the same period of time in past years. However, only 65 percent were caused by infection with SARS-CoV-2. In 14 states, more than half of excess deaths were attributed to other conditions, like heart disease and diabetes.

Such spillovers, driven by a woefully overburdened healthcare infrastructure, are not captured by the COVID-19 mortality statistic most often communicated to the public: the case-fatality ratio, or the number of deaths caused by COVID-19 divided by the number of confirmed cases, currently hovering around 1.7 percent in the U.S. Focusing on the deadliness of COVID-19 in isolation, however, takes attention away from the broader short- and long-term effects of the temporary paralysis it has caused in the healthcare infrastructure.

Looking at another measure—COVID hospitalization rate—would better convey the pandemic’s health impact. Hospital resources are limited, like a blanket. You can pull it over your head, maybe stretch it thin. But unless it is long enough, your feet will eventually stick out. With hospital staff and equipment devoted to fighting the new virus, many non-COVID conditions have been left out in the cold. That is an often-unaccounted effect of the COVID-19 pandemic.

Studies show that in 2020, fear of COVID-19 discouraged many heart attack victims from seeking emergency care in a timely manner. And once they walked through the hospitals’ doors, the medical response was often slower on average compared to response times before the pandemic. These delayed hospitalizations took their toll. Even when the severity of the cases reaching hospitals before and after COVID-19 was comparable, some hospitals reported as many as twice as many deaths from heart attacks.

Worsened health outcomes following the arrival of SARS-CoV-2 have not been limited to emergency cases. Since hospitals have allocated many of their resources to patients with acute respiratory symptoms, many people have had to cancel or postpone non-urgent procedures. In April and May of 2020, about half of U.S. adults skipped medical or dental care, according to a survey conducted by the Kaiser Family Foundation.

Most patients did so because providers were limiting appointments, according to the same Kaiser study. While telemedicine has absorbed some of this demand, bringing treatment out of clinics and into cyberspace, there is a critical input that technology cannot expand: the availability of doctors, nurses, and other healthcare specialists. They have been the scarce resource that the pandemic has strained.

In many hospitals, the disrupted services have included preventive care and cancer screenings. Medical researchers fear a spike in deaths from common types of cancer in the wake of the pandemic. As little as a month-long delay in treatment can drastically decrease the effectiveness of cancer therapies. The U.S. experienced a deficit of 9.4 million screenings for breast, colorectal, and prostate cancer in March and April 2020 alone.

Postpartum hospitalization also has declined as resources have shifted toward COVID-19 patients. In New York and across the country, new moms and their babies have been discharged as early as 24 hours after vaginal births—half the recommended hospital stay. Hospitalization following birth lets doctors monitor the mother’s recovery and the baby’s adjustment to life outside of the womb. Limited resources and the risk of contagion have justified shortening this period, but the long-term effects of this change remain an open question.

Routine childhood vaccinations have plummeted in the U.S. and across the world, increasing the risk of outbreaks of preventable diseases such as measles. Many skipped their mental health care in 2020, which might lead to long-term increases in the mental health conditions that already affect one in five adults in the U.S.

Sustained focus on case-fatality—while health spillovers hide in plain sight—undersells the severity of COVID-19. That does not put us in a good position to fight a global pandemic. The real threat of the pandemic—the temporary paralysis of an overburdened healthcare system, where COVID-19 hospitalizations crowd out routine and critical care—has been inadequately communicated to the public. With the Delta variant spreading fast, the pandemic is far from over. But focusing once again on mortality, as opposed to hospitalization rates, might lead many to overlook the magnitude of health spillovers. That’s a mistake to avoid this time around.