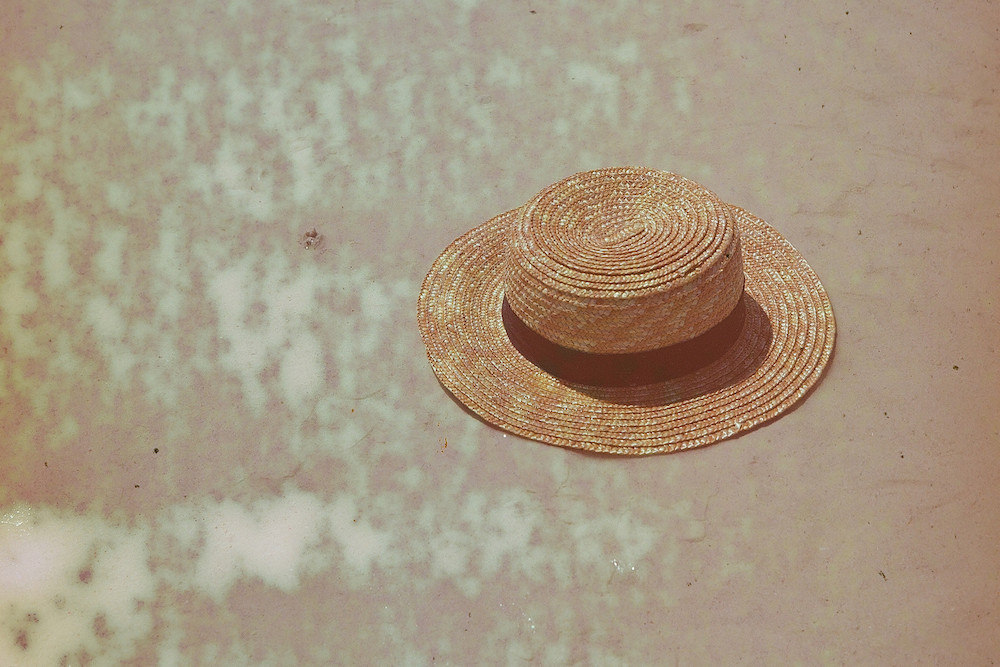 "Which road did we ride in on and which out? / A black band on a straw hat. A green fly / on the blue cheese. It’s August, again …" Courtesy of ian carolino/flickr CC BY-NC-ND 2.0.

The hands are not stopped at noon,
are pouring clean water from a green pitcher.
The vacancy in me flashing from the road.
Swimming pool. CABLE TV. Park in back.
The motor inn and the two-hearted ale.
The dragonfly. This afternoon, my friends
have bare feet and the frogs are fighting.
It is not lost on us that we will each die.
One and then the other. Organs hardening.
I will make myself soft. I will own myself.
I will watch the shadow of these leaves
until the clouds come, and then, I will wait
for their shape to return. O inlet. O cove.
Caitlin rowed us to the middle of the lake,
her slight, strong shoulders. We sat in sun
until we grew thirsty. Zoë baked a cake
for my forty-sixth birthday. Will we sing?
We are already singing. What’s surrendered?
Which road did we ride in on and which out?
A black band on a straw hat. A green fly
on the blue cheese. It’s August, again. The ache.
The downpour. To be out of your head, out
of your element, out in the elements, elemental.
In and out and without and with and with and with.
If a day is to eternity as eternity is to a day.
If evening. If when. Zoë says she’s grown brave
about picking up the parts of dead rodents.
And we have all grown brave, haven’t we?
Brave and undignified. The end of summer
collecting like sweat on the backs of our thighs.