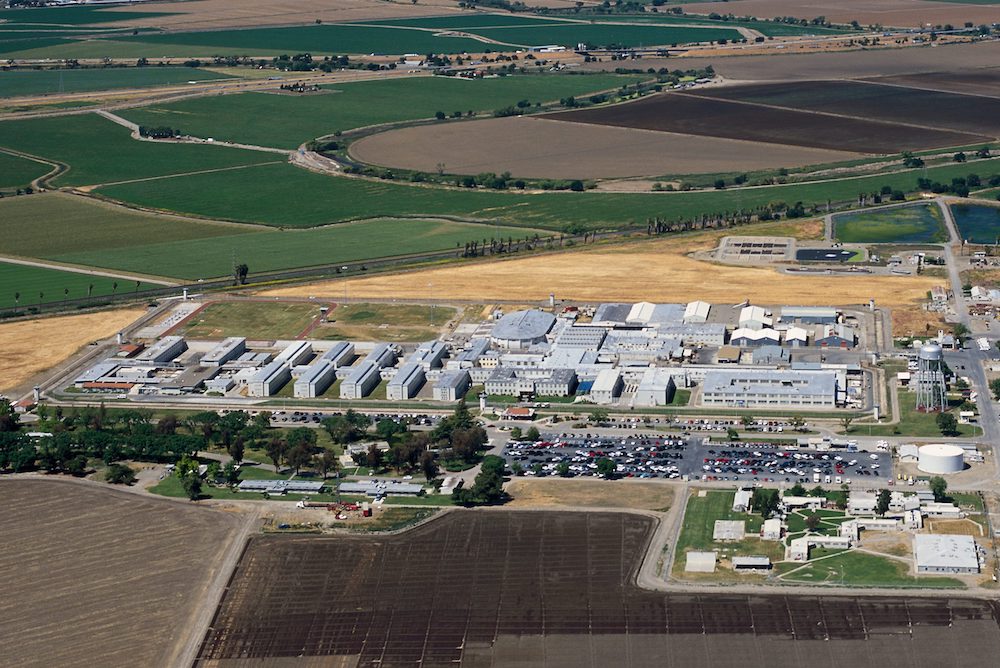 As California starts closing prisons, what might open in their place?

I glimpsed one answer to that question while driving to Deuel Vocational Institution, between the San Joaquin County cities of Tracy and Manteca. The demise of Deuel, which shuts at the end of September, is more than just the first closure of a state-owned prison in a generation. It also opens a prison window on the future of our landscapes, and on the peculiar predations of California progress.

Heeding my phone’s directions from Oakland, I exited I-205 at Tracy and followed Grant Line Road out to the prison. En route to that human warehouse, I had to navigate a thoroughfare lined with another breed of warehouses: massive logistics facilities for our nation’s retailers.

On Grant Line, I encountered two Amazon warehouses big enough to blot out the sun, distribution centers for Home Depot and US Foods, and huge facilities labeled with the names of third-party logistics companies NFI and APL. The Federal Emergency Management Agency had a major regional distribution warehouse there, too. And very near the prison stood the largest of all the warehouses, still under construction (its eventual occupant undisclosed), appearing twice as tall as all the others.

By the time the road forked right and I could see my destination, the 68-year-old prison seemed small.

This juxtaposition of older prison and newer logistics facility is not just about zoning and geography. It’s a changing of the guard, and of the guards. Just as that Old Testament prophet Isaiah foresaw the beating of the swords of war into ploughshares for agricultural cultivation, 21st-century California realities point to a new prophecy:

Two different trends, both accelerated by the pandemic, are working together here. The first is California’s rapidly declining prison population—reduced to less than 100,000 in recent years by court rulings, sentencing reforms, and early inmate releases to limit COVID’s spread. As a result, the state has been ending contracts with private prisons and moving to close some of its older state-owned prisons.

The demise of Deuel, which shuts at the end of September, is more than just the first closure of a state-owned prison in a generation. It also opens a prison window on the future of our landscapes, and on the peculiar predations of California progress.

The second trend is the surge in internet commerce, which has produced a surge in warehouse construction on the cheaper land in edge cities and along rural highway corridors where many of our prisons were built.

In recent months, as I’ve driven to California prisons that are targets for possible closure, I often find myself struggling to locate the correctional facility among seas of logistics facilities. A typical example is the state prison most in need of closure—the criminally expensive-to-maintain California Rehabilitation Center—which is hidden behind an ever-growing swarm of warehouses off I-15 in Norco, in Riverside County.

But the intersection of prison and warehouse involves people, not just land.

But there is a dark side to warehouse employment: working inside these facilities can feel like prison. Employees are under intense surveillance and monitoring. They can be punished or fired for taking time away from work—even for rest breaks or to go to the bathroom.

So, state lawmakers, who in previous years wrestled with conditions inside prisons, are turning to the question of how to make warehouses feel less like prisons.

Earlier this month, the California legislature approved AB 701, a bill with first-in-the-nation regulations of warehouses. If signed into law by the governor, the bill would require disclosure of how companies surveil and monitor their employees.

Warehouses would have to disclose the quotas and algorithm-based metrics on work speed they use to judge workers. Companies could no longer penalize their workers for “time off tasks,” including going to the bathroom. The bill also requires the state to adopt new regulations to help reduce the high rates of on-the-job injuries in these warehouses.

Assemblymember Lorena Gonzalez, the bill’s sponsor, has expressed particular concern about an Amazon warehouse being built in Otay Mesa, on the east side of her San Diego-area district. That facility, and similar warehouses, will neighbor existing correctional facilities, including a notorious immigration detention center (which the ACLU is trying to close), and the Richard J. Donovan Correction Facility, the only state prison in San Diego County.

Back in Tracy, on my drive down Grant Line Road, I tried to enter a couple warehouse facilities to talk to workers, but the places were too well-guarded. Accessing the closing prison was far easier. The old guard house, where visiting cars have to stop, was empty. And the entrance gate of the prison itself was wide open, with the inmates having already been relocated. After looking around the property, I helped staff carry out some computers for re-use by probation officials.

Standing there, it was not hard to imagine this old prison site—and those of the other 11 state-owned prisons that are at least a half-century old—being repurposed for warehouses.

It became even easier after I drove 25 minutes up to Stockton, where the last state prison closed in 2003, the Northern California Women’s Facility. But I couldn’t find the site. Its former address lies amid distribution centers and a massive intermodal facility for logistics, where cargo is switched from trucks to railcars (or vice versa) on its way from warehouse to warehouse.