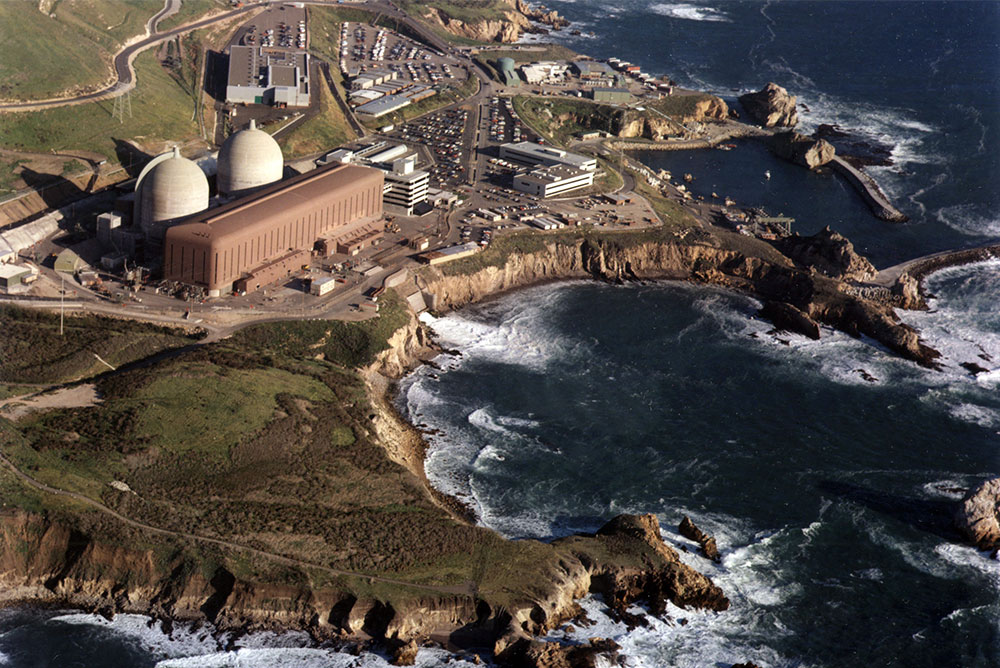 California can claim to be an international leader in energy.

Or California can close its last operating nuclear power plant.

But it can’t do both.

Under a 2018 agreement, Diablo Canyon Power Plant, on the San Luis Obispo County coast, is scheduled to close when its operating licenses expire in 2025. Whether it actually shuts down—a loose coalition of plant employees, heterodox environmentalists, and federal officials seeks to save it—is emerging as a major test for Californians and our stated commitments to transform ourselves in the face of a scary future.

Do we have the courage and imagination to take smart risks in response to climate change? Or are all our promises of transformational change little more than hot air?

Right now, our fears are winning—and framing the debate about whether to go forward with plans to cut short Diablo’s expected life span by decades.

The fears that support shuttering the plant are understandable. There is the fear of the nuclear plant’s location near earthquake faults. There are fears among politicians of challenging the powerful anti-nuclear groups that want the plant closed. And there are fears that involve the plant’s owner, PG&E: The faltering utility fears the high operating costs of the facility. Its critics fear that the utility, infamous for mistakes that killed people in wildfires and a gas explosion, might screw up at Diablo Canyon, too.

Unfortunately, those who want to keep the plant open are also rooting their arguments in fears. They fear what the loss of a plant that produces 9 percent of the state’s electricity portends when California’s grid is already failing to meet demand. They fear that Diablo Canyon’s power, which is carbon-free and does not depend on the weather like renewables, will be replaced with natural-gas plants that contribute to climate change. And this threat, in turn, raises fears that, without Diablo, California will fall short of its ambitious targets for cutting carbon emissions.

Do we have the courage and imagination to take smart risks in response to climate change? Or are all our promises of transformational change little more than hot air?

Turning the debate over the plant into a contest of fears has fueled conflict—but no real leadership. Neither side is looking at Diablo as what it really is—an underperforming asset. When viewed through the practical prism of possibility rather than apocalyptic angst, Diablo should be seen an opportunity for smart, creative energy development that could address many complicated problems in 21st century California.

Luckily we have that prism, thanks to an extraordinary new study of Diablo from Stanford and MIT. Its argument, in brief: Instead of rushing to shut Diablo, let’s keep the plant open and ask more of it.

The study starts by noting that extending Diablo’s operations might reduce carbon emissions, and save money for everyday Californians, who pay some of the nation’s highest electricity rates.

A 10-year extension of Diablo Canyon’s operations beyond the planned 2025 closure—until 2035—would reduce carbon emissions from the state’s power sector by more than 10 percent annually and save ratepayers $2.6 billion, the analysis finds. Keeping the plant open until 2045 (the end of its planned lifespan) would save $21 billion. Using the plant for power would also save about 90,000 acres of California’s land—land that might otherwise be kept as open space—but which would be needed for solar or other renewables to compensate for the loss of Diablo’s nuclear power.

The benefits of keeping the plant open could grow from there if Diablo were adapted for uses beyond electricity. Intriguingly, the study suggests adding a desalination plant to the site to address water shortages in our drought-prone state. The study suggests a desalination plant powered by Diablo Canyon could produce as much fresh water as the controversial project to build a tunnel under the Delta, but at a lower investment cost.

Diablo’s nuclear power also could be used to produce more of the hydrogen-based, zero-carbon fuels the state will need to transition to carbon neutrality. Stanford and MIT found that hydrogen produced by Diablo could cost up to 50 percent less than hydrogen produced via solar and wind power, and would require much less land.

The most exciting idea in this study is that Diablo Canyon could do all three things simultaneously—provide electricity, desalinate water, and produce hydrogen. The authors predict that this “polygeneration configuration” would make the plant much more valuable—thus reducing the incentive for PG&E, or a successor owner-operator, to shut it down.

Such possibilities were not part of the public discussion back in 2018, when the state approved the 2025 closure of the plant. Other realities have changed as well. Drought conditions and water shortages have increased, blackouts have become more common, and California and the world have learned more about the value of reliable nuclear energy in stabilizing the electric grid during the shift to renewables.

The study is clear-eyed about the widespread opposition to nuclear power, and the political and regulatory obstacles keeping Diablo open. The plant would need to go through a federal relicensing process, and to obtain new approvals for desalination plans, hydrogen production, and a new system to reduce the amount of water it takes in from the ocean.

But risk-taking is never easy. Neither is global leadership. And a nuclear-free California will have little to model to the many countries where nuclear is part of the shift away from carbon.

The good news is that we will have allies if we shift course and reinvest in Diablo Canyon. Leading federal officials, including current Energy Secretary Jennifer Granholm and her predecessors (notably the Nobel Prize-winning physicist and Californian Steven Chu) are pushing to keep the plant open.

It would be good, before Diablo closes, to have a public debate that is based not on fears, but on figuring out the best plan for the future. Any practical assessment of Diablo must acknowledge that the plant is already there and operating safely. Even if the facility closes, nuclear material, with its attendant risks, will remain on the site.

So why not use this small piece of California land, less than 600 acres, for all it’s worth? Let’s roll with the Diablo we know, and give it more to do.