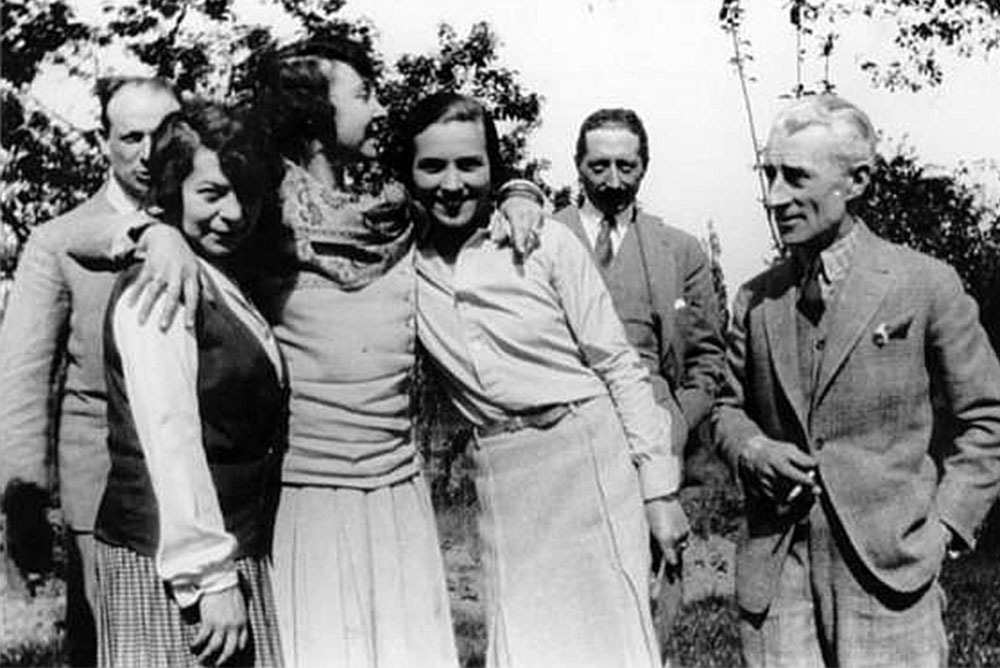 In March of 2020 I found myself alone (except for my two cats) in a small bungalow in Bloomington, Indiana, trying and failing to distract myself from COVID-19. I was on an extended spring break from Indiana University Bloomington, designed to provide time to adjust to what would become the new normal of conducting all university business online. I spent those two weeks in a deep, doomscrolling-facilitated spiral. I worried about my high-risk parents, my friends all over the world in different levels of lockdown, and everyone dying of COVID. I worried about healthcare workers without PPE, and about people who lost their jobs or were forced to work in unsafe conditions. The constant flow of news, and the fact that I actually had time to read it, only exacerbated my anxieties.

But March 2020 was also a month of reflection. I was finishing up work on a book—and I was thinking about the people I was writing about, and the many echoes between their experiences and what we were collectively living through.

For the past 10 years, I have investigated how French classically trained musicians used their art to cope with the traumas of World War I, a conflict that killed a generation of French men, and millions of women and children. I’ve read thousands of letters and hundreds of diaries, memoirs, and autobiographical novels; I’ve looked at dozens of psychology and physiology texts, compositions, and music method books. This window into people living in wartime and interwar France made me realize that they understood music-making as an embodied therapeutic practice with tremendous potential to console. Their stories have a crucial role to play today, too, as the world reckons with the pain and traumas inflicted by the pandemic.

Like many of us coping with COVID today, people in World War I-era France experienced trauma with a lot of not-knowing and uncertainty. News coverage of the war in French newspapers was extensive, but most in France weren’t getting the whole story. People on the front lines knew what was really happening, but weren’t always permitted to talk about it; for instance, civilians whose loved ones had been killed often waited months to have deaths confirmed.

Combined with the disruption of everyday social interactions, the zone of silence surrounding wartime experiences led to intense isolation. And to make things worse, French culture looked down upon talking about trauma. “Too much” public mourning was deemed disgraceful. The salon hostess and amateur musician Marguerite de Saint-Marceaux wrote in her diary that the composer Maurice Ravel and his brother “were distraught” and “couldn’t remain upright” at the funeral of their mother: “Both were in utter turmoil, incapable of reaction or self-control. A lamentable and distressing spectacle at this time when heroism displays itself as naturally as breathing,” she sniped—and she was their friend.

French doctors, scientists, and members of the military viewed traumatic responses as moral weaknesses. Newspapers recounted contemporary debates about the harsh electrotherapy “treatments” inflicted on soldiers who reported trauma and injury but whose wounds had no visible signs. In this context, there was little room for expressing feelings. As a result, music became a vital way for people to cope with trauma.

How French musicians coped with the traumas they experienced took many forms. Public performance venues in France closed promptly at the conflict’s outset in August 1914, and as a result musicians’ “normal” ways of connecting with one another, through live performance, were brought to a screeching halt. So they found alternative venues for music performance, often in their homes or in other informal settings. When they couldn’t find instruments, they made them out of whatever materials they could find. Musicians didn’t always expressly recognize that they were using music as a coping tool, but they likely had some sense of what music could do for them. While music therapy wasn’t yet an institutionalized discipline during World War I, French psychologists understood mind and body to be intimately connected. Given these musicians’ familiarity with psychological theories of their time, many realized that the embodied nature of making music—that it requires people to move their bodies in the act of creation—gave it the power to soothe.

If we can be mindful of how we engage with music, sound, and trauma, we can produce new ways of thinking about our ethical engagements with one another.

At the turn of the 20th century, French art music, inspired by post-Romantic composers like Richard Wagner and Richard Strauss, was largely lush and dissonant with little rhythmic regularity. But during the war French musicians began to compose and perform extremely rhythmically regular “neoclassical” music that, in its predictability and repetitive patterns, soothed their bodies and distracted their minds. For example, after their husbands died in the first months of the war, the pianist Marguerite Long and the violinist Hélène Jourdan-Morhange, previously known for performing the lush music of Claude Debussy and Gabriel Fauré, turned to repetitive music filled with ostinati—continuously repeating musical phrases—and regular rhythms that allowed them to move their bodies in a soothing groove. Much of this music was either from the 18th century or written by their friends Maurice Ravel, Jean Roger-Ducasse, Francis Poulenc, and Germaine Tailleferre, all of whom had either participated in or lost loved ones in the war.  According to the French journalist Raymond Escholier, Long reported that when she sat down to play the Andante movement of the Piano Concerto in G Major, written for and dedicated to her by Ravel, she was “so moved by it” that she had tears in her eyes, particularly in the part of the movement that features a great deal of rhythmic regularity provided by constant 32nd notes.

Musicians’ private writings also suggest that music-making fostered personal relationships that helped them cope with trauma. In a letter to Nadia and Lili Boulanger, the musician-soldier Jacques de la Presle wrote in 1916 that “in a small place of rest we make music—voilà, one of our joys. You can see that for the souls submitted to such a hardship, music is the great and principal consoler.” Many other musicians, especially those serving on the front lines, concurred, including Ernest Mangeret who confided that “a few moments of leisure permitted me to become myself again” when he found a piano in a half-demolished house. “[W]e went down into the basement (you can understand why!),” he wrote, “and when the evening came, we came together, several friends, in order to make a little bit of music.”

Music-making also offered a way to remember what life had been like before the war. The cellist Maurice Maréchal, who enlisted in 1914, wrote in his letters and diary that performing with friends on the front lines and listening to phonograph recordings reminded him of his pre-war life at the Paris Conservatoire—allowing him to step out of his traumatic military life for just a moment. For others still, performing, composing, and organizing concerts brought visceral reminders of friends and family who had died. The composer and teacher Nadia Boulanger, for instance, reworked pieces written by her younger sister Lili, who died of intestinal tuberculosis in 1918, and performed them in concerts for the rest of her life.

Musicians’ experiences in 1910s and 1920s France remind us that today, as we struggle with the trauma of COVID-19, we must take into account the inextricability of mind and body. Psychologists like Bessel van der Kolk, Stephen Porges, Resmaa Menakem, and Peter Levine have recently underlined how trauma becomes, to use van der Kolk’s phrase, “lodged in the body,” and recommended body- and movement-oriented practices—such as yoga, theater, and yes, music-making—to help counter trauma’s negative effects.

Music holds incredible potential for helping people cope—and indeed, we’ve already seen it take on this role during COVID. As musicologist Emily Abrams Ansari has noted, using music as a tool for remembering past times, people, and places became commonplace during the first months of the pandemic. Similar to how French music lovers of the 1910s and 1920s embraced familiar music, many people in lockdown also turned to nostalgic music that reminded them of earlier times, evidenced by a substantial increase in Spotify playlists based on music from the ’50s, ’60s, ’70s, and ’80s.

While we should embrace the benefits that music brings, we must also heed the darker lessons of the World War I-era during this pandemic and going forward. The toxic masculinity that surrounded the expression of grief and trauma back then still resounds today. In the 21st century, we must be thoughtful and ethical in how we engage with one another, as well as with music and sound. We shouldn’t expect people to “get over” trauma quickly. Rather, we need to push for cultural, societal, and policy change that prioritizes mental and emotional health. People in positions of power—government officials, police officers, teachers, school administrators—need training to deal with trauma effectively. Mental health care—including music and sound therapy—needs to be made more accessible to anyone who might benefit from it. Musicians and the music industry must reckon, too, with the ways music has been used as a weapon of control, punishment, exploitation and coercion.

If we can be mindful of how we engage with music, sound, and trauma, though, we can produce new ways of thinking about our ethical engagements with one another.

At its best, music can restore and rejuvenate the body and mind. And there’s some comfort in knowing that people who respond emotionally to music will always find a way to make music, no matter how difficult it may be. Just as World War I-era musicians made music wherever they could, often in houses and churches that had been destroyed by bombs, in the spring of 2020, I was heartened to see musicians of all stripes cultivating Zoom performances to provide themselves and others with comfort, whether through performing classical pieces like Aaron Copland’s “Appalachian Spring” or hymns in the Sacred Heart singing tradition. Even the simple act of singing can do wonders. Alone in my bungalow with my two cats, I’d sing to them their favorite songs—“You Are My Sunshine” and Leonard Cohen’s “Hallelujah”—and find myself suddenly feeling more alive and less alone.