Violeta Encarnación is an illustrator and animator born and raised in Cuba, who now resides in New York City. She also works as a senior tattoo artist at Skinblu, an inclusive tattoo studio in Brooklyn.

For her Zócalo Sketchbook, Encarnación has created five tattoo designs, each of which gives life to a different animal or plant creation myth: The peacock nods to the tale of Argos, the trusted watchman of Hera who put his eyes on the bird to honor him after his death. The cheetah comes from the traditional Zulu story that explains how the cheetah cried for the first time and got black lines on her face after learning a hunter had killed her cubs. The plants derive from the myth of Narcissus, in which the young hunter gets transformed into his namesake flower after pining after his own image. The catfish pulls from the Japanese tale of Yamazu about a giant fish who lives underground and causes earthquakes and tsunamis. Finally, the spider is inspired by Arachne, the weaver-turned-arachnid, whose fate is a cautionary note for why human shouldn’t try to challenge the gods—or at least not Athena.

“One of the biggest challenges of tattoo design is making a story fit within a small space, while still making it legible and beautiful,” Encarnación tells Zócalo. “That’s where the rich color and overlaid watercolor splatters and textures come in, to breathe life back into the ancient tales and make them exciting for someone who wants to honor them today.” 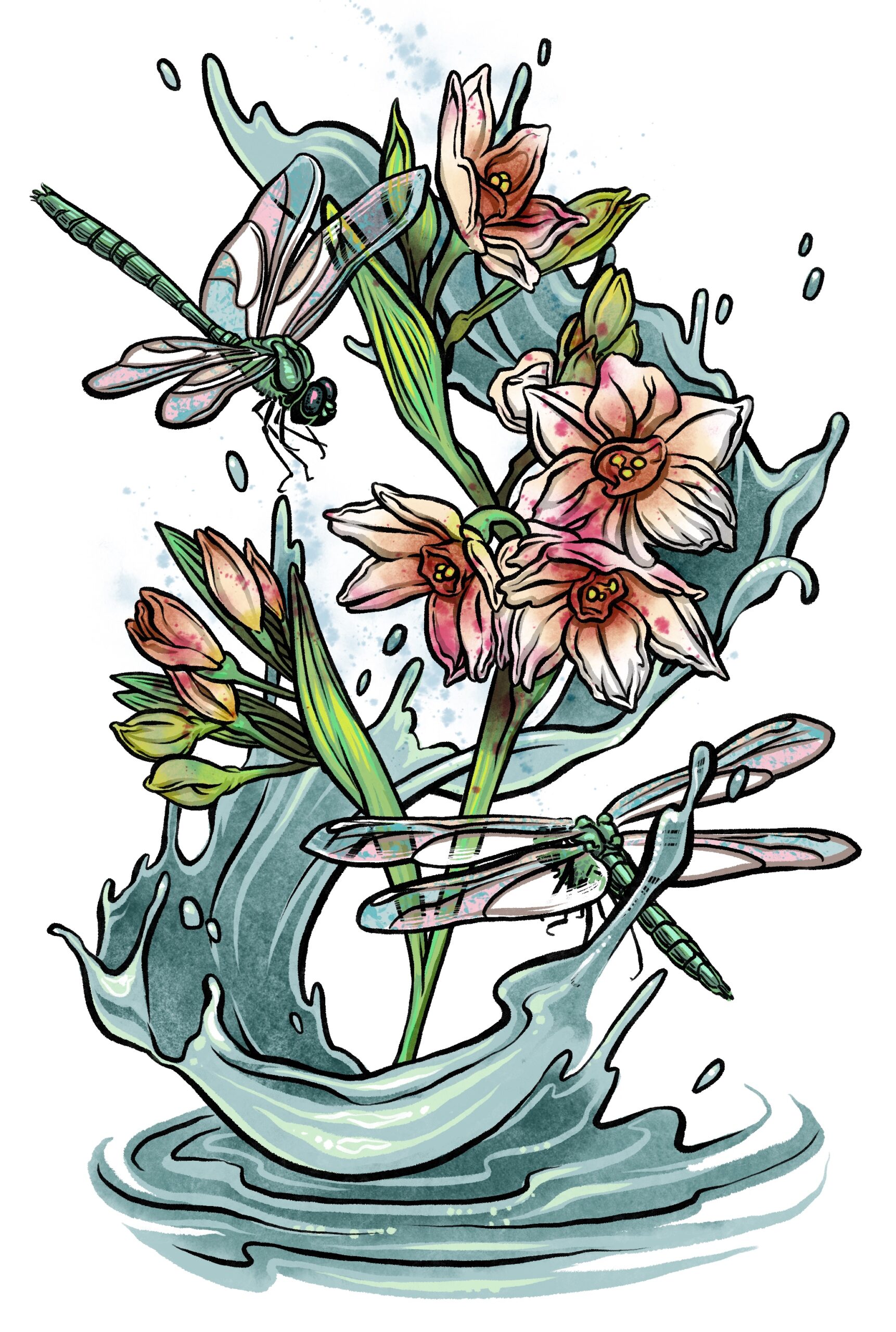 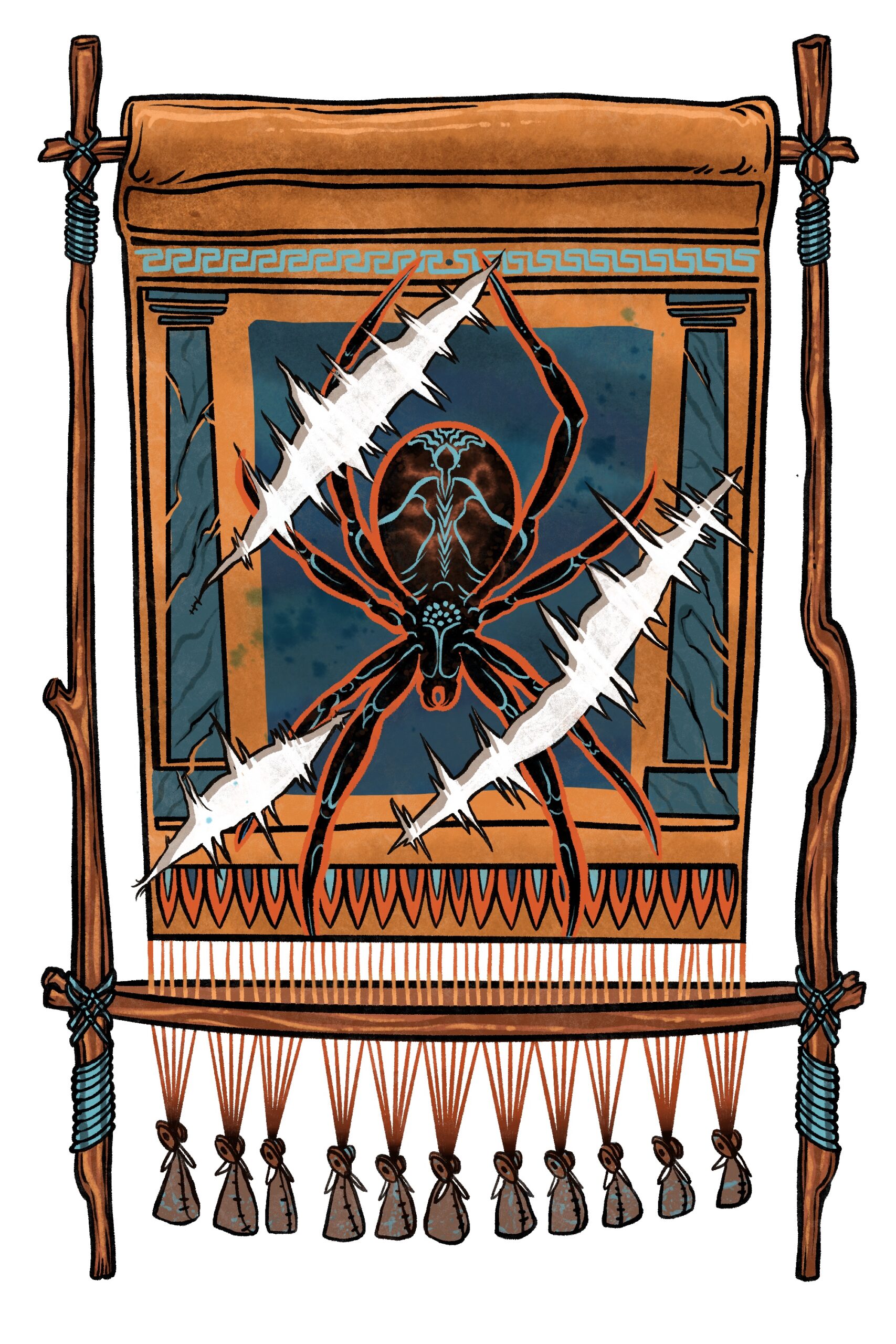 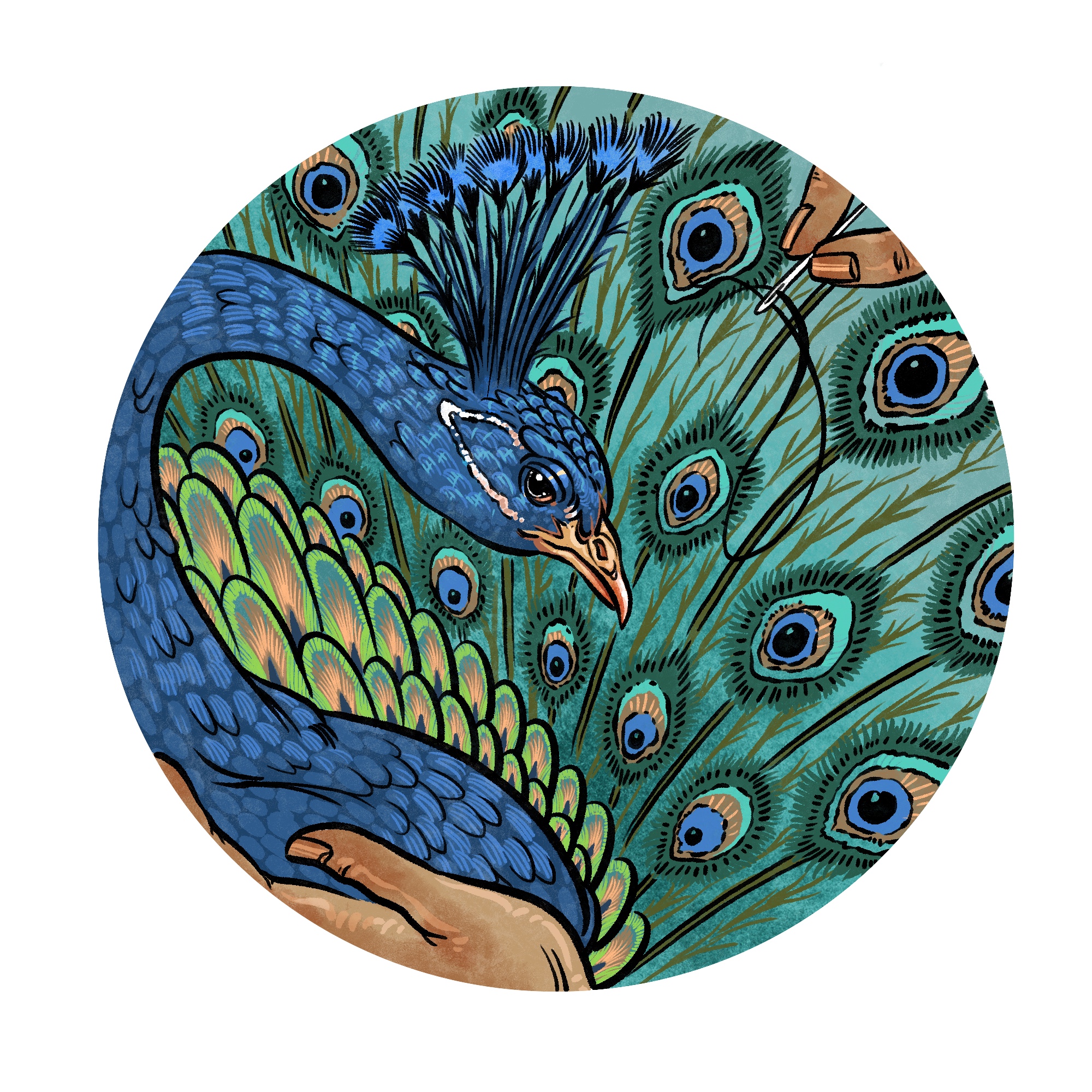