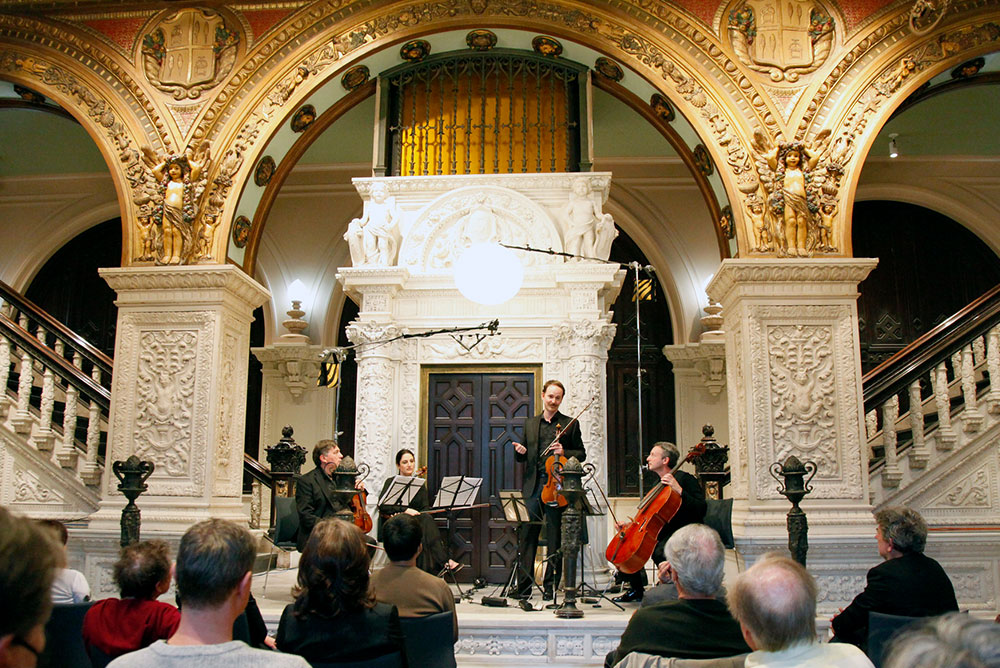 The musicians performing at the historic lobby of the Herald Examiner building. From left to right: Roberto Cani, Ana Landauer, Erik Rynearson, and Evgeny Tonkha.

There was no better space—the grand entryway into a bygone era of downtown Los Angeles—to convene last night’s event “How Immigrants Composed L.A.”

The special musical presentation in the historic lobby of the ASU California Center at the Herald Examiner building was presented in partnership with Artistic Soirées and ASU Cronkite School of Journalism and Mass Communication. Celebrating the European musicians who fled fascism and immigrated to Hollywood during its heyday alongside Reena Esmail, a contemporary, L.A.-raised Indian American composer, the evening was all about connections. Fittingly, the presentation itself only came together after Zócalo met Artistic Soirée director Juan J. Colomer at a reception for a previous Zócalo event. Used to hosting classical concerts in his downtown loft, Colomer helped organize the performance, which featured four L.A. Opera musicians, cellist Evgeny Tonkha, violist Erik Rynearson, and violinists Roberto Cani and Ana Landauer.

Playing to a packed house and overflow room equipped with state-of-the-art sound and video technology, the string quartet’s performance—which employed moving cameras to stream the concert online, and saw two musicians using tablets in lieu of sheet music—showed how early 20th-century musicians continue to merge with the present-day artists in L.A.

The music, at times frenetic, felt filmic, like a Hitchcockian pursuit, melding classical sound with a modern Los Angeles aesthetic.

As chronicled by author Alexis Landau in an essay for Zócalo, the immigrant European composers who came to L.A. during the 1930s and ’40s, had varying experiences when they arrived. In 1933, Austrian composer Arnold Schoenberg immigrated to Los Angeles where he would spend the rest of his life writing music and teaching composition at USC and UCLA. In 1940 came Russian-born composer, pianist, and conductor Igor Stravinsky, who settled in Hollywood after making the move from France. Erich Wolfgang Korngold arrived in 1935 and had a prodigious career in Hollywood scoring before his death in North Hollywood. Then, in 1942, Russian-born composer, pianist, and conductor Sergei Rachmaninoff arrived in Beverly Hills after many years in San Francisco and New York City. These immigrant artists—and others who followed them—fused L.A.’s free-spirited culture with the traditions they brought with them from their homelands, and left their mark on Hollywood, one that resonates today.

Throughout the night, the musicians shared various anecdotes about the composers whose music they brought to life.

Just before the movement of Schoenberg’s String Quartet No. 2 began, for instance, Rynearson stood up and told the audience how Schoenberg, “notoriously serious and difficult to get along with,” demanded $50,000 and complete control over both music and dialogue when a movie studio executive phoned him up to score a film. The studio passed.

In between compositions, Tonkha also laid out Stravinsky’s influence over Los Angeles, citing the example of a rich American businessman keen on developing chamber culture in L.A. hiring musicians to perform Stravinsky’s compositions and obligating them to live in a large villa together to practice six days a week for at least two hours a day; a predecessor of sorts to the new “influencer homes” in the Hills.

The music, at times frenetic, felt filmic, like a Hitchcockian pursuit, melding classical sound with a modern Los Angeles aesthetic.

At the post-performance reception, one audience member, who had spent over 30 years in the film business and made a hobby of the violin and drums, commented on the symbiosis of Hollywood and classical music: “For me it’s always the music first, then the motion.” 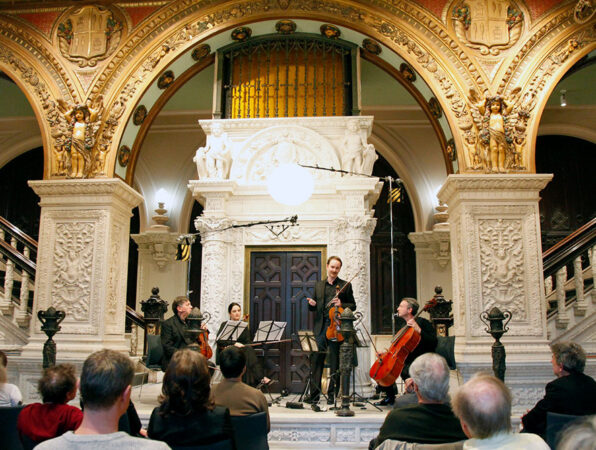 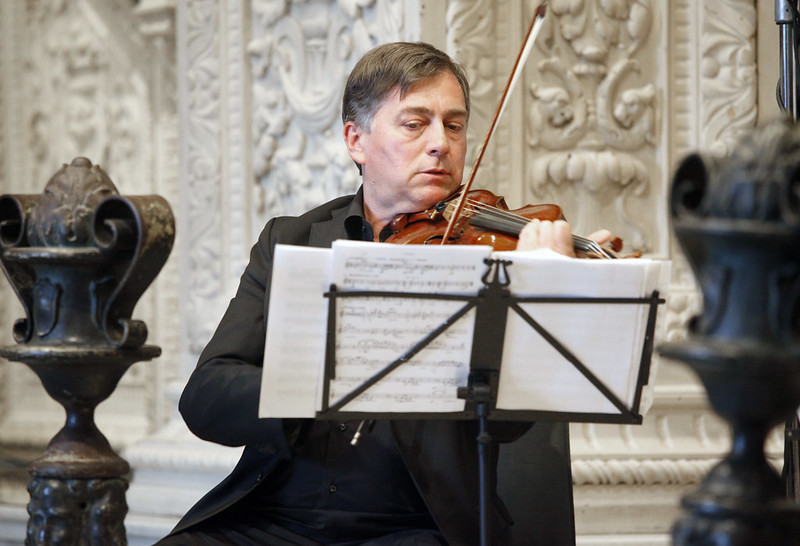 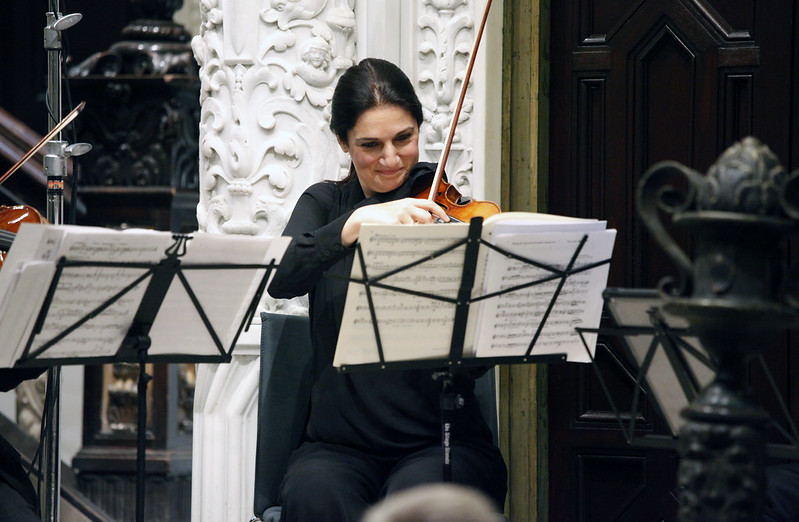 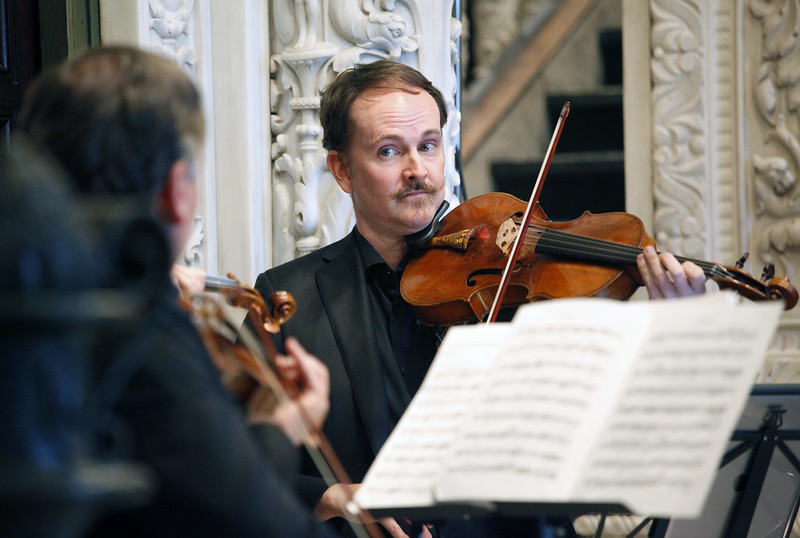 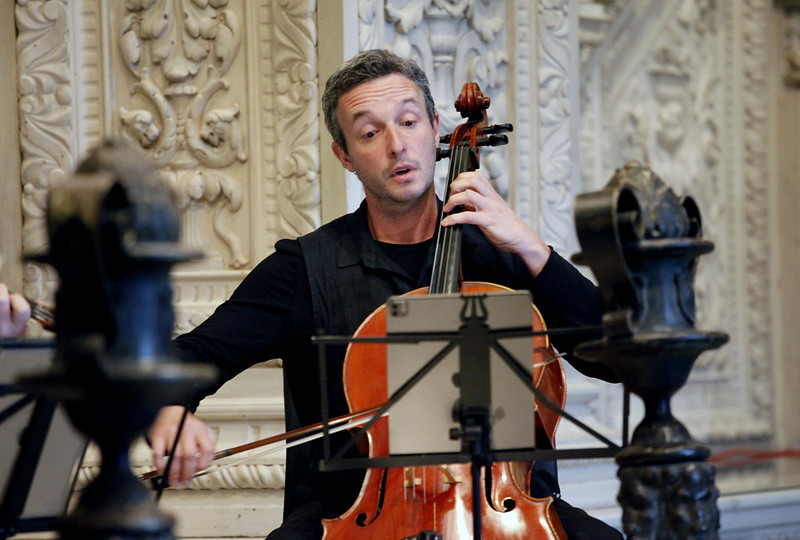 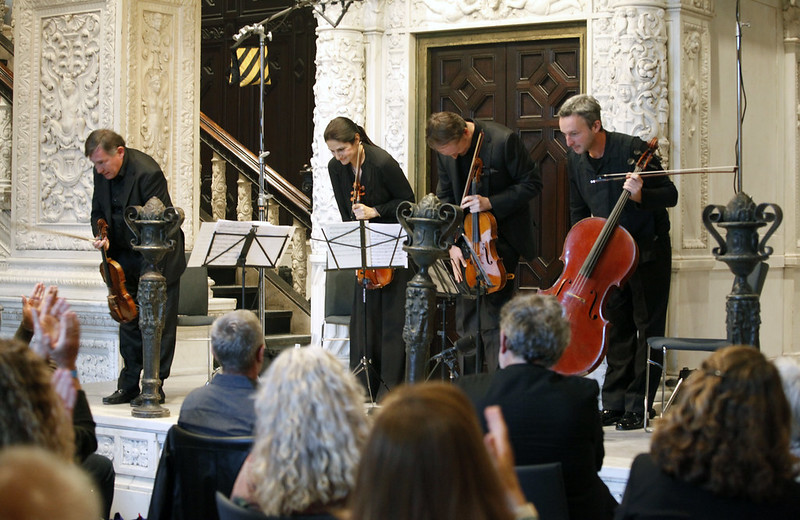