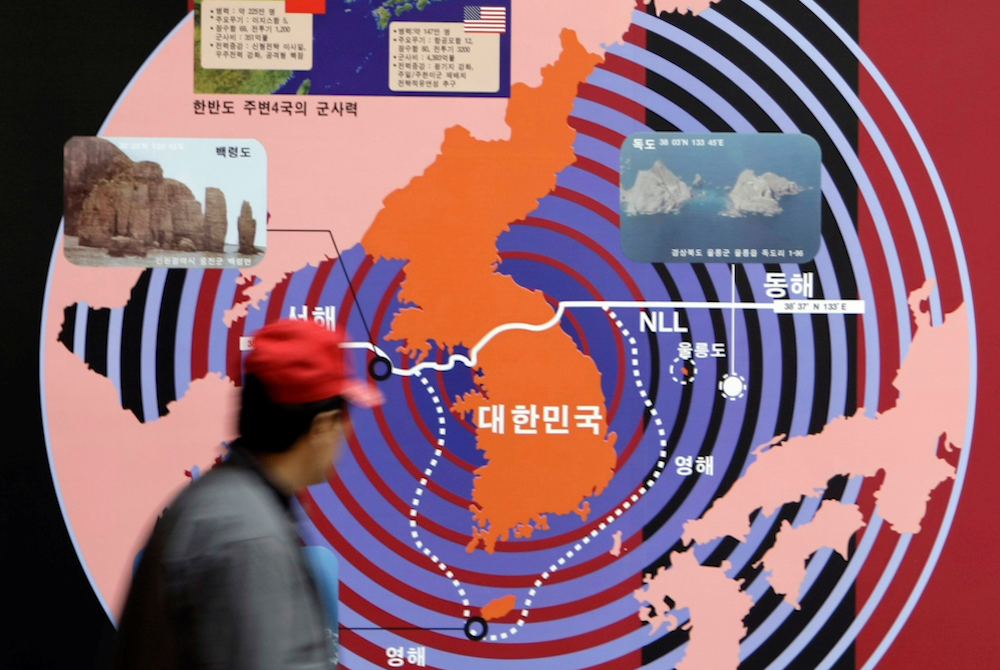 A map of the Korean Peninsula with the Northern Limit Line at the Korea War Memorial Museum in Seoul, South Korea. Photo by Lee Jin-man/Associated Press.

North Korea test-fires intercontinental missiles that may be able to reach the U.S. West Coast. Kim Jong-un threatens Guam, tangles with China, and conducts a nuclear test of what his country claims is a hydrogen bomb. And in America, a dysfunctional and internationally unpopular White House answers North Korean provocations with threats of “unprecedented fire and fury” and criticism of China as well as America’s South Korean allies. How close is the world to a calamity on the Korean peninsula? How are Koreans—both residents of the peninsula and members of the diaspora around the world—responding to the instability? And how prepared is the world for the possibilities of war and a resulting refugee crisis—or, at the other extreme, for an alternative scenario of reunification? UCLA Korea historian John Duncan, senior advisor at the nuclear disarmament and nonproliferation collaborative N Square Paul Carroll, cultural researcher at UCLA film school Suk-Young Kim, and CEO of Liberty in North Korea Hannah Song visit Zócalo to discuss the looming threat, and potential aftermath, of a renewed Korean war.