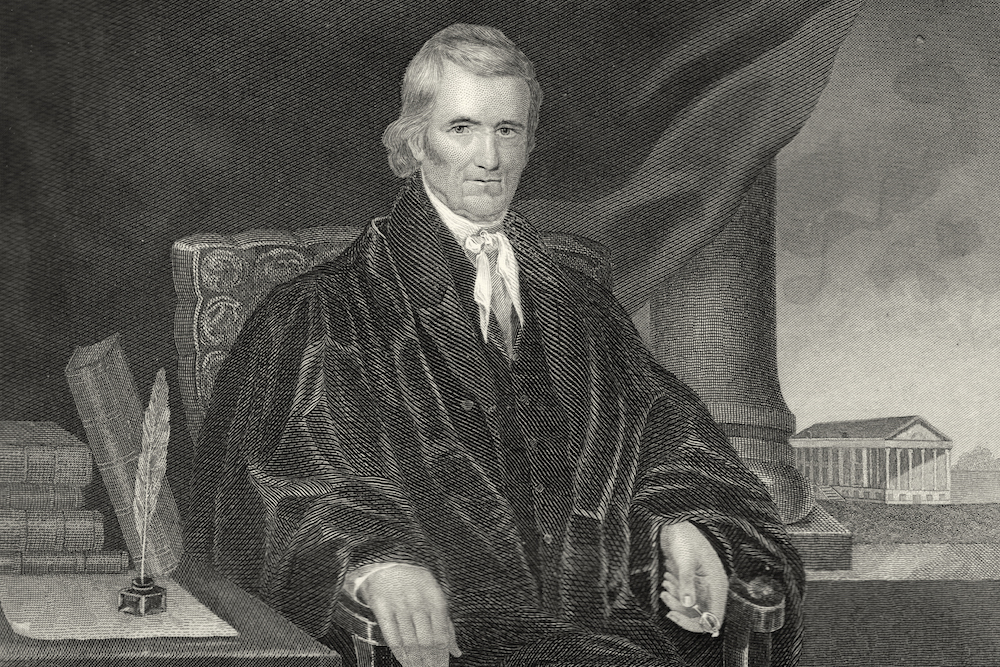 We remember Washington’s leadership, Jefferson’s eloquence, and Franklin’s wit, but Marshall breathed life into the Constitution, elevated the judiciary, and defended the federal government’s power over feuding states. The power of judicial review and the corresponding principle that courts should not interfere with political judgments are just two of the many doctrines that Marshall wove into our Constitution.

How was it possible that a man raised with 14 siblings …