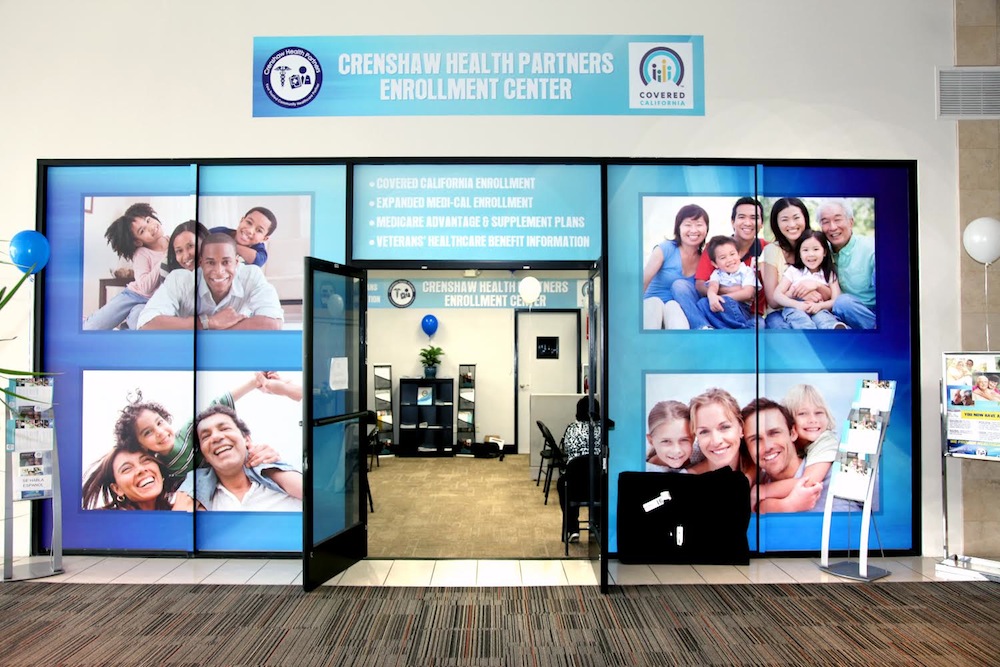 If California has a capital of Obamacare enrollment, you’ll find it at a Los Angeles mall next to a Sears, on the second floor of 3650 Martin Luther King Jr. Boulevard.

This is the office of Crenshaw Health Partners, in the heart of the Crenshaw district.

As the second open enrollment period under Obamacare gets underway, you’ll be seeing pictures of people signing up for new health plans in all kinds of pop-up centers, from farmers markets to storefronts. But you won’t see anything quite like Crenshaw Health Partners.

A year ago, the Affordable Care Act (ACA) was launched with an abundance of promises to Californians: People with preexisting conditions would no longer be denied coverage from health insurance …

As Vice President Biden famously said back in 2010, the Affordable Care Act (ACA) is a big deal, literally and figuratively. The era of Obamacare is about a large-scale shift …

Tangerine Brigham directs the office of managed care at the Los Angeles County Department of Health Services; previously, she directed Healthy San Francisco, a program that subsidized medical care for …

Website “glitches.” Long wait times for enrollment. Confusion over changes to existing health insurance plans. Not exactly the start Affordable Care Act (ACA) supporters hoped for, but in the end, …